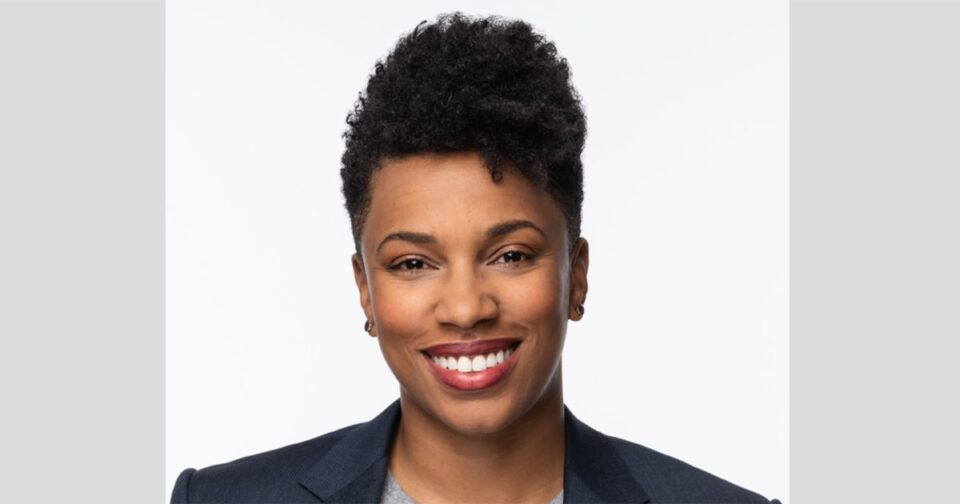 The national LGBTQ advocacy group GLSEN has appointed Melanie Willingham-Jaggers as its executive director — the first Black and nonbinary person to lead the organization.

GLSEN was founded by a group of teachers in 1990 with the goal of making schools safer for lesbian, gay, bisexual, trans and queer K-12 students. It has 38 chapters in more than half the states, and it has registered thousands of gender-sexuality alliances, or GSAs (formerly known as gay-straight alliances).

Willingham-Jaggers, 39, who joined the group as deputy executive director in 2019, is taking on the new position at a time when LGBTQ students have become part of a larger culture war taking place at school board meetings and in classrooms around the country. More than 30 states considered bills last year that would ban transgender students in middle schools, high schools and colleges from playing on the sports teams of their gender identities. Ten states — nine in the last year — enacted such measures.

More than half of all the states also considered legislation that targets curricula, by either limiting how schools can teach race or barring LGBTQ topics from classroom discussion. Some school districts have also banned books that discuss race or LGBTQ topics.

The fights are continuing this year. But rather than focus on or respond to those efforts, Willingham-Jaggers, who uses both “she” and “they” pronouns, is excited about supporting young people in schools across the country so they have the power to make their schools safer.

“LGBTQ+ young people in schools and their student groups, like GSAs, have always been the hub, kind of the breeding ground, the soil from which these sparks of activism come up,” they said. “What we understand is that young people — period — are going to help us understand the vision forward and the way forward to the future.”

She noted that the group was founded to stop harassment, discrimination and bullying of LGBTQ youths. In the 1990s, she said, LGBTQ young people were often told that bullying is just a “part of life” and that they simply shouldn’t be gay. Over the last 30 years, the group has shifted the narrative so bullying LGBTQ kids is no longer culturally accepted, she said.

Since 1999, the group has also conducted extensive research and released its National School Climate Survey, a national survey of LGBTQ middle school and high school students’ experiences with harassment, bullying and discrimination. It uses the findings to suggest school policy solutions.

More recently, the group has changed its approach from “getting rid of the bad stuff” to “building safety,” Willingham-Jaggers said. The organization plans to do that by centering its three new pillars, which it created in a strategic refresh in 2020. They are advancing racial, gender and disability justice outcomes and education; building digital connections to extend reach; and unifying the organization and its 38 chapters to ensure that its grassroots work is effective.

“We know that our young people are not little rainbow-colored stick figures,” they said. “They are Black and brown and Indigenous and white. They are cis and gender expansive. They are kids living with disabilities and folks who are not. We know that they come from families and communities that have immigrant experience, that experience violence from various systems.”

She said that most of the group’s chapters are in the South and the Midwest and that the network is disproportionately white but that that’s where she sees beauty in the work.

“Now, imagine a Southern and Midwestern, largely suburban, largely white network that is deeply connected to making sure that education advances racial, gender and disability justice outcomes,” she said. “That is beautiful to me. That is exciting. That is deeply powerful.”

Intersectionality has always been central to Willingham-Jaggers’ work. She said she identifies as both a Black woman and a nonbinary person, in part because she was raised and socialized as a girl and because Black women are her “political North Star.”

She noted that GLSEN was founded by a white man who is cisgender — a word that describes people who identify with their assigned sexes at birth — and that he was succeeded by a cis white lesbian.

“And then here I come, and it’s not by accident, and it’s not inevitable,” she said. “So I just want to honor the journey that this organization has taken and the on-purpose choice that it took to hire a person of my identity and of my life experience.”

Eliza Byard, the group’s former executive director, said Willingham-Jaggers’ experience as an organizer and “deep connections across movements” are invaluable to its future work.

“The world of K-12 schools has been turned completely upside down over the past few years, and Melanie’s vision and experience will provide the essential ingredients of new strategies for a new time,” she said.

Willingham-Jaggers has been working with LGBTQ youths unofficially since they were a camp counselor in Southern California when they were 17 years old. But officially, they began the work in 2009 when they moved to New York City from Cincinnati to work for an organization that supported runaway and homeless youths whose family and caregivers had rejected them because they identified as queer or transgender.

Their experience in that job continues to inform their work today, they said. After a year on the job, Mosey Diaz, a young person whom they were close to, died by suicide, during a time when an increasing number of LGBTQ youths were dying by suicide — many in connection to harassment.

“It was really kind of a formative moment for me to understand that, yeah, I was working with runaway and homeless kids, but this is part of a larger LGBTQ+ movement to really change the world so that these young people know that the world is worth sticking around in,” they said.

Willingham-Jaggers said Diaz also helped her understand that people who work in service of other people have to come with more than their “good intentions.”

“We can’t just come with a pocket full of hope,” she said. “We have to be good at our work, because the stakes are incredibly high.”

If you or someone you know is at risk of suicide, please call the National Suicide Prevention Lifeline at 800-273-8255, text TALK to 741741 or visit SpeakingOfSuicide.com/resources for additional resources.

23 people accused in $1M insurance scam based on fake auto accidents in U.S. and Canada