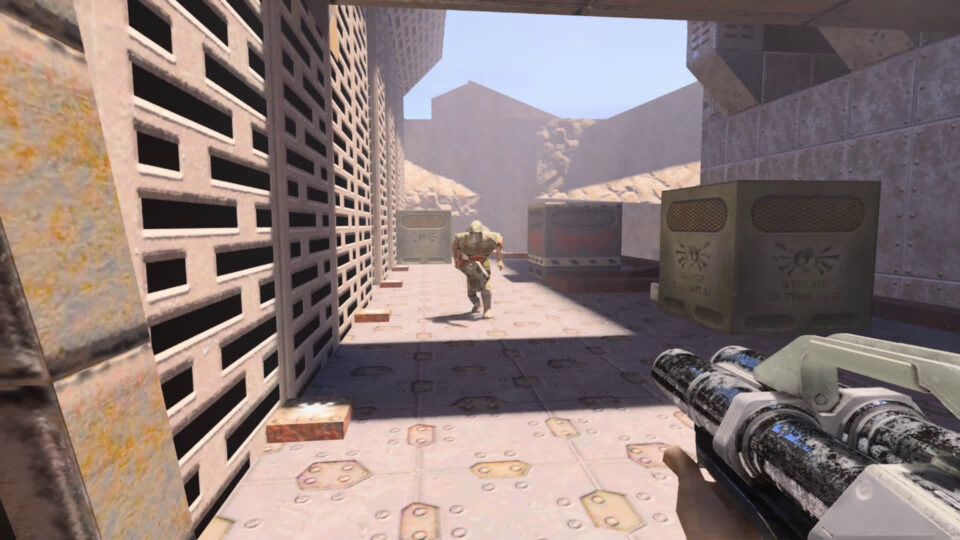 What just happened? Quake II RTX is already a pretty game — at least, compared to the original — but a major new patch is set to boost the visuals even more for users with powerful enough rigs, and high-end enough monitors. With the latest update, Quake II RTX has received official support for HDR and AMD’s FidelityFX Super Resolution (FSR) technology.

As usual, the update is completely free and features a hefty roster of tweaks, improvements, and bug fixes outside of the headline additions of HDR and FSR. Interestingly, though, it wasn’t Quake II RTX’s developers that were entirely responsible for the addition of the latter two upgrades. Instead, Lightspeed Studios pulled code from Github user Res2k and added it to Quake II RTX’s live development branch.

If you’ve been living under a rock and haven’t heard of FSR yet, it’s AMD’s alternative to Nvidia’s AI-assisted “DLSS” upscaling tech. Though not always the better of the two options, FSR has nonetheless proven competitive with DLSS across many games and scenarios. Our own Tim and Steve published a fantastic comparison video on the Hardware Unboxed YouTube channel, so be sure to take a look at that if you want a more in-depth breakdown of where the technologies succeed and fail.

Speaking of DLSS, why hasn’t Quake II RTX received support for that tech yet? After all, the entire project has been heavily promoted by Nvidia. Surely it would make sense for Lightspeed to implement the feature for RTX GPU owners?

According to developer AlexP on Quake II RTX’s Steam Community discussions, it’s not that simple. Quake uses the General Public License, which allows users to tweak, change, and distribute the game and its code at will; so long as derivative projects abide by those same rules. Since DLSS is closed-off proprietary technology and FSR is open-source, it’s easy to see where the conflict lies here.

Regardless, FSR is more accessible to a wider range of PC gamers, anyway, so we’re happy to see it find its way to Quake II RTX.

Kathryn Kates, ‘Seinfeld’ and ‘Orange is the New Black’ actor, dies at 73