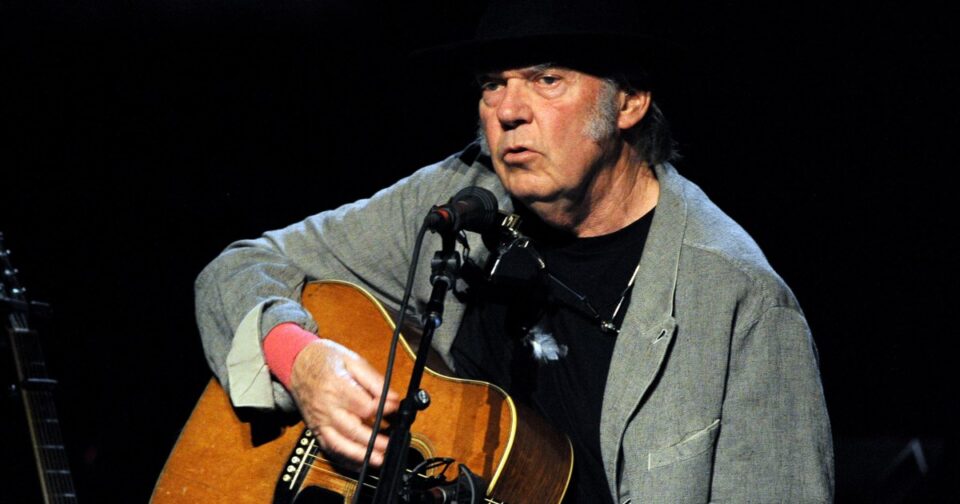 Spotify said Wednesday that it has agreed to remove Neil Young’s music after the famed singer-songwriter said he wouldn’t share the platform with podcaster Joe Rogan, who has been criticized for spreading vaccine misinformation.

“They can have Rogan or Young. Not both,” Young, 76, said in an open letter to his manager and record label that was posted to his Neil Young Archives website on Monday, according to Rolling Stone. NBC News has not seen the original post, and it is unclear why it was removed from Young’s website.

A Spotify spokesperson said in an emailed statement that the company agreed to remove Young’s work, though it was still accessible to users Wednesday afternoon. Spotify said it regrets Young’s decision but hopes “to welcome him back soon.”

“We want all the world’s music and audio content to be available to Spotify users,” the streaming service said. “With that comes great responsibility in balancing both safety for listeners and freedom for creators. We have detailed content policies in place and we’ve removed over 20,000 podcast episodes related to COVID-19 since the start of the pandemic.”

The “Heart of Gold” singer’s catalog spans more than five decades, from his 1969 self-titled album to his most recent record, 2021’s “Barn.” A representative for Young did not immediately respond to a request for comment.

Young called out “The Joe Rogan Experience” in his letter and the danger of Spotify enabling the distribution of potentially fatal misinformation.

“With an estimated 11 million listeners per episode, JRE, which is hosted exclusively on Spotify … has tremendous influence,” Young said. “Spotify has a responsibility to mitigate the spread of misinformation on its platform.”

Rogan, known for his contrarian and often baseless views on medicine, has faced widespread backlash for questioning vaccine safety during the pandemic. He signed a deal with Spotify in 2020 that would earn him more than $100 million, depending on performance.

Dr. Anthony Fauci, the president’s chief medical adviser, called out Rogan last year over Rogan’s comments saying he did not believe young people should be vaccinated against the coronavirus.

“Well that’s incorrect, and the reason why is you’re talking about yourself in a vacuum then,” Fauci told Savannah Guthrie on the “TODAY” show.

YouTube took down a recent episode of “The Joe Rogan Experience” for violating the platform’s community guidelines, which forbid misinformation related to elections, Covid-19 and vaccines.