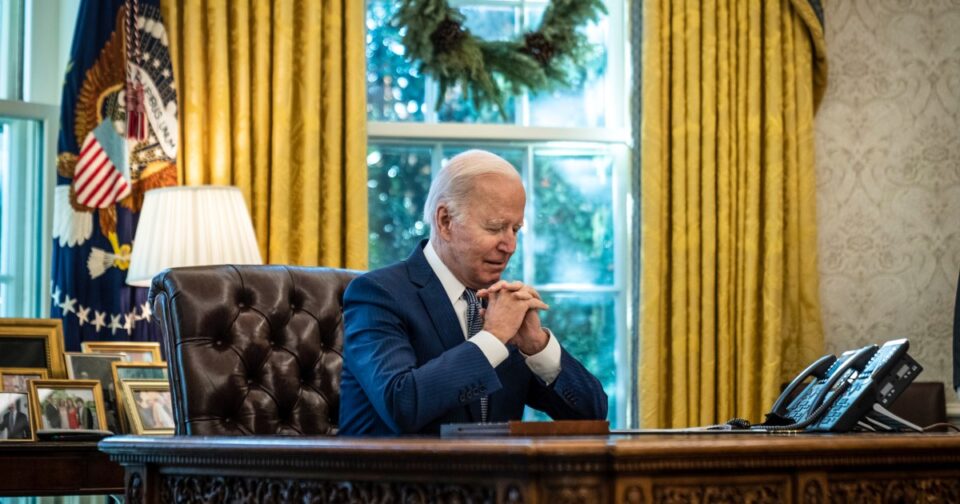 WASHINGTON — With his presidential candidacy hanging in the balance, Joe Biden announced on a South Carolina debate stage in February 2020 that he would nominate a Black woman to the Supreme Court if elected. It turned out to be a critical turning point in the campaign.

Now, the opportunity to follow through on that pledge may serve as a similar inflection point for his presidency.

Though the White House and Biden himself withheld comment about the looming vacancy until Justice Stephen Breyer formally announces his retirement, a senior White House official told NBC News that internal preparations are now ramping up for what could be a quick selection process.

Biden, who learned of Breyer’s impending retirement in the middle of last week, is expected to put forward a nominee relatively quickly, people familiar with the process said. But the first decision that’s been put forward for the president to make is whether to publicly affirm his campaign promise to select a Black woman, or simply allow that to be understood as his intent.

White House press secretary Jen Psaki on Wednesday sidestepped the question, saying only that Biden has already reiterated that commitment “and certainly stands by that.”

No decisions have been made yet about whether any current White House official would be designated a point person for the search process, the official said, though chief of staff Ron Klain, former chief counsel to Biden when he was chairman of the Senate Judiciary Committee, and White House counsel Dana Remus will probably play a key role.

But Biden’s team has long been preparing for this moment. In advance of his inauguration last year, Biden’s transition team, led by Remus and former Obama White House counsel Bob Bauer, made a presentation for the president-elect about potential Supreme Court selections — preparations that were seen as critical, given Biden’s campaign pledge and the likelihood of a vacancy early in his term.

That presentation coincided with a decision to nominate Merrick Garland, then a member of the U.S Circuit Court of Appeals for the District of Columbia, to serve as attorney general. Upon Garland’s confirmation to lead the Justice Department, Biden quickly nominated Judge Ketanji Brown Jackson to replace him, having already eyed her for a further promotion should the opportunity come.

Jackson is one of eight Black women Biden has nominated to serve on courts of appeal since taking office, the latest being put forward just last week. Four, including Jackson, have already been confirmed. Another eight Black women had already been serving on courts of appeals when Biden took office, providing something of an obvious bench for his team.

Psaki also declined to address whether Biden might consider his vice president for the vacancy, reviving a favorite Washington guessing game as Kamala Harris has struggled to find her footing in the No. 2 job. Harris’ tie-breaking vote might be necessary to confirm whomever Biden ultimately selects.

By making what would be a historic nomination, Biden and congressional Democrats have a chance for a political reset after a rough few months that included the inability to change Senate rules to advance voting rights bills that have been a priority of his party’s base. A recent NBC News poll showed Biden’s approval rating had declined from both the center and left, with support among Black voters dropping to just 64 percent, down from 83 percent last April.

Biden, pressed at his news conference last week about growing disappointment among Black voters with his presidency so far, defended his record.

People familiar with the process said Biden would put forward someone with experience to do the job, and aim for a quick confirmation.

“The question is who on the other side of the aisle in the Senate will try to block it,” one source said.

The move by then-Senate Majority Leader Mitch McConnell in 2017 to lower the confirmation threshold for Supreme Court nominees to a simple majority paves the way for any Biden pick to advance with only Democratic votes. A successful confirmation would give Democrats a clear, concise message to help energize party voters who’ve been dispirited by infighting over the infrastructure and Build Back Better bills.

Senate Democrats are aiming to confirm any nominee on a similar timeframe to the one that Republicans used to confirm Justice Amy Coney Barrett, according to a Democratic source familiar with leadership’s thinking.

Barrett, nominated just weeks before the 2020 presidential election, was confirmed in 27 days; Justice Brett Kavanaugh was confirmed in 88 days, and Justice Neil Gorsuch 65 days. The historical average from nomination to final Senate vote is 67 days, according to the Congressional Research Service.

Biden will have the distinction of nominating the replacement for a justice whose confirmation he presided over as the Senate Judiciary Committee chairman in 1994. The president’s deep experience in confirmation battles has been a core part of his political résumé, at times used against him by Republicans.

When President Barack Obama nominated Garland in 2016 following the sudden death of conservative Justice Antonin Scalia, McConnell justified his decision to block any consideration of the selection — even a committee hearing — by pointing to comments Biden made in June 1992 cautioning then-President George H.W. Bush against trying to fill a hypothetical vacancy in a presidential election year.