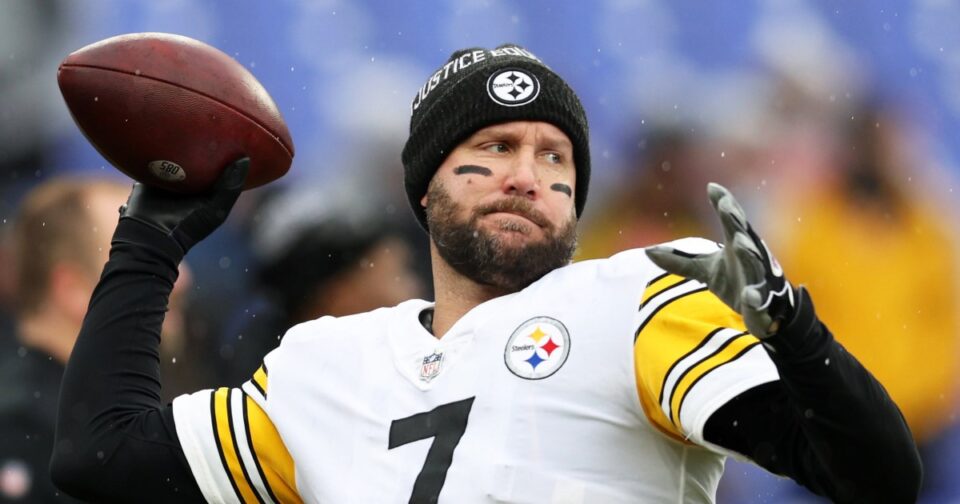 The longtime Pittsburgh Steelers quarterback announced his retirement on Thursday, saying it was “time to clean out my locker, hang up my cleats” after 18 years, two Super Bowls, countless team records and a spot in the Hall of Fame all but secure.

“I don’t know how to put into words what the game of football has meant to me and what a blessing it has been,” Roethlisberger, 39, said in a video message. “But I know with confidence I have given my all to the game, I am overwhelmed with gratitude for what it has given me.”

The much-anticipated decision came less than two weeks after Pittsburgh’s lopsided loss to Kansas City in the first round of the postseason, the 12th time in Roethlisberger’s career the Steelers reached the playoffs.

He hinted before his final game at Heinz Field that it was time for him to move on and spend more time with his wife, Ashley, and their three children and made it a point to embrace the moment following a Monday night win over the Browns on Jan. 3, doing a victory lap of sorts before disappearing down the tunnel surrounded by his family.

Roethlisberger called the journey from a kid growing up in Ohio to the 11th overall pick in the 2004 draft to a likely future Hall of Famer “exhilarating,” but he added he is retiring “a truly grateful man.”

One who leaves behind a legacy of winning. The Steelers never endured a losing season during Roethlisberger’s tenure and captured Super Bowls 40 and 46 — the latter coming on a now-iconic touchdown pass over the outstretched hands of three Arizona defenders to Santonio Holmes in the back corner of the end zone.

“Putting that jersey on every Sunday with my brothers, will always be one of the greatest joys of my life,” he said.

Roethlisberger’s personal journey, unlike his professional one, was more complicated. He wasn’t wearing a helmet when broke his jaw and his nose in a motorcycle crash in 2006 shortly after becoming the youngest quarterback ever to win a Super Bowl.

He was twice accused of sexual assault, once in 2009 and again in 2010. A civil case filed against him stemming from an alleged incident at Lake Tahoe in 2009 was settled out of court. A woman in Georgia alleged he assaulted her at a bar in March 2010 but prosecutors did not formally charge him.

The NFL suspended him for the start of the 2010 season for violating the league’s personal conduct policy. He returned to lead the Steelers to the Super Bowl, a loss to Green Bay.

The second half of his career hinted at his evolution both as a player and as a person. Known more for his rugged “Ben being Ben” approach to the game during his 20s, he morphed into one of the league’s premier passes in his 30s. He twice led the league in yards passing and retires in the all-time top 10 in yards passing and touchdown passes.