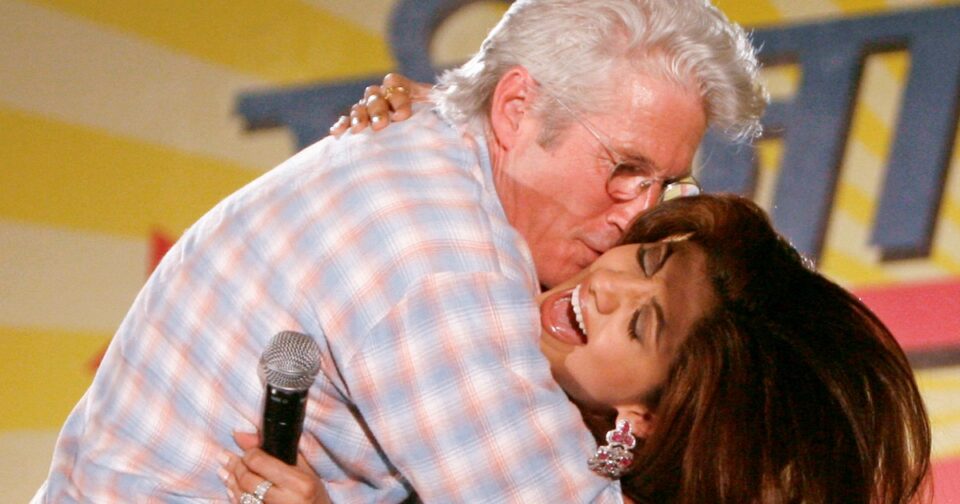 It started with a kiss from Richard Gere to raise awareness about AIDS. Fifteen years later, Bollywood star Shilpa Shetty has been officially cleared of obscenity charges by an Indian court.

Shetty, 46, was at an event in New Delhi to promote safe sex and the use of condoms in April 2007, when Gere hugged her and planted kisses on both of her cheeks.

Public displays of affection are considered taboo by some in India, and the kiss set off protests by radical Hindu groups at the time. Effigies of the pair were burned in the streets.

Gere, the star of “Pretty Woman” and other films, quickly apologized, saying that he wanted to show that kissing was safe and could not lead to the transmission of HIV.

Shetty was also quick to defend Gere, saying he was enacting a scene from his film “Shall We Dance” to entertain the audience.

An arrest warrant was nonetheless issued for Gere, although the obscenity charges were quickly thrown out by India’s Supreme Court, which dismissed them as “cheap publicity.”

But the case against Shetty had languished in the Indian court system until last week, when Mumbai Metropolitan Magistrate Ketaki Chavan dismissed it as “groundless.”

Describing it as “baseless and frivolous,” in a written submission to the court in 2017, Shetty’s lawyer, Madhukar Dalvi, had argued that the entire case rested on the fact that “she did not protest when she was kissed by the co-accused.”

“This by no stretch of imagination makes her a conspirator or perpetrator of any crime,” he added.

Chavan appeared to agree in the court ruling released Monday.

“Shilpa Shetty is the victim of alleged act of accused No. 1,” she said in a written ruling, referring to Gere.

Shetty has not commented on the ruling.

Rare portrait of Diana, Princess of Wales, sells for more than $200,000