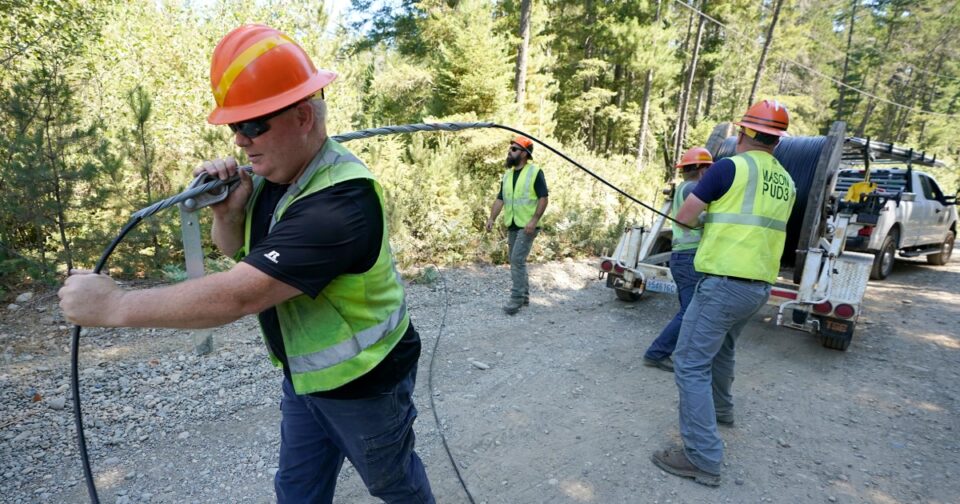 Notices similar to nutrition labels are coming to broadband service.

The Federal Communications Commission voted Thursday to move forward with a plan that would require broadband internet providers to display the new labels at the point of sale in the interest of transparency.

“Access to accurate, simple-to-understand information about broadband Internet access services helps consumers make informed choices and is central to a well-functioning marketplace,” the FCC said in a notice. The vote was 4-0.

The labels are a takeoff on the “nutrition facts” that have appeared on most packaged foods since shortly after Congress required them in 1990.

Similar to how food labels describe the contents of a package, the broadband labels would disclose data allowances and broadband speeds, as well as pricing information.

The plan must still go through a comment period before it takes effect, so that companies, broadband customers and others can weigh in on specifics such as how the FCC will ensure the accuracy of information on the labels.

The comment period is scheduled to last at least a couple months, but a law signed by President Joe Biden in November requires the FCC to give final approval to the labels this year. They could start appearing shortly thereafter.

A 2019 investigation by Consumer Reports found that cable companies impose fees on customers amounting on average to a 24 percent surcharge on top of the advertised price. In a survey by Consumer Reports, 64 percent of respondents called add-on fees “extremely” or “very” annoying.

The idea for a transparency label on internet service has been bouncing around at least since 2009, when the New America Foundation, a liberal group in Washington, proposed them.

“Hidden fees, surprise bills, and dense contracts are familiar problems to anyone who deals with these companies,” Joshua Stager, deputy director for broadband and competition policy at New America’s Open Technology Institute, said in a statement about the FCC vote.

“The broadband nutrition label cuts through this confusion by clearly disclosing the cost and terms of service in a simple, consumer-friendly format,” Stager said.

The FCC considered a requirement for the broadband labels in 2016, the final year of the Obama administration. The proposal then languished during the Trump administration.

In November, as part of the recently passed federal infrastructure package, Biden signed into law a requirement that the FCC move ahead with the 2016 plan within one year.

NCTA — The Internet & Television Association, a trade group for broadband providers — was on a committee that endorsed the 2016 plan at the time. The association said in a statement this week that it looks forward to working with the FCC on implementation.

“Cable operators are committed to providing consumers with relevant information about broadband services,” the association said.

A different trade group, the CTIA, which represents mobile internet providers, argued in 2016 that its voluntary code of conduct for companies was sufficient. The CTIA did not immediately respond to requests for comment on the FCC vote.

(Comcast, which owns NBC News, is a member of both trade associations.)