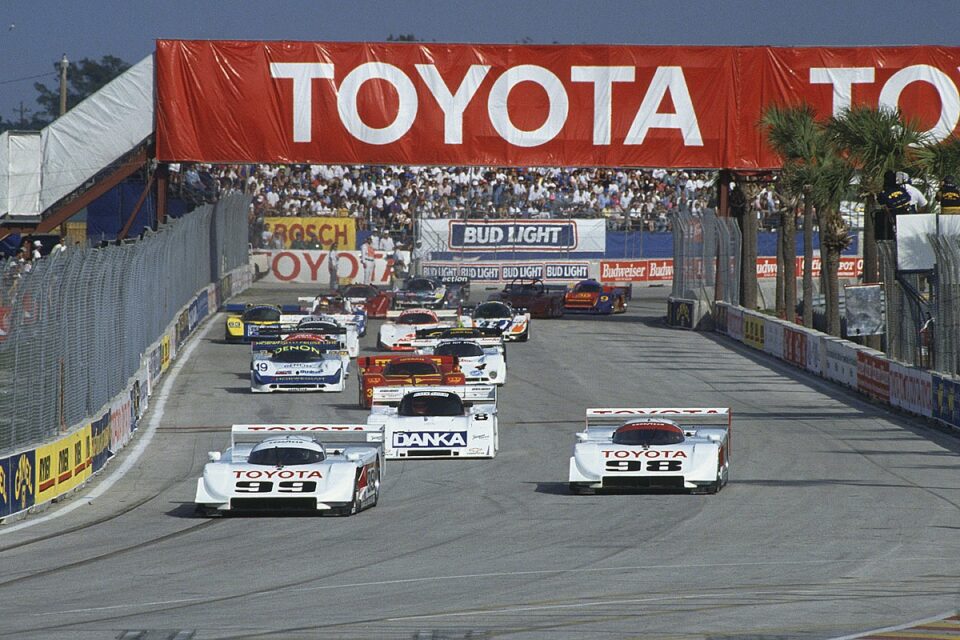 The move was described as “back to the future” by IMSA president John Doonan as sportscar racing heads into what is predicted to be a new golden era across the North American series and the FIA World Endurance Championship.

Doonan said that the announcement of the move at Daytona on Thursday ahead of the opening round of the 2022 IMSA season this weekend “makes the hairs stand up on my arms”.

He said: “I was sitting on the hill at Road America, Mid-Ohio and Brainerd [in the 1980s] watching what we felt was the absolute heyday of our sport; we would like to celebrate that.

“We are also opening up what I would say will be the next heyday, maybe the biggest ever with the top category.”

IMSA explained that the GTP name is also appropriate for the forthcoming era because the LMDh and LMH regulations allow manufacturers to incorporate design cues from road cars into their racing machinery.

GTP, which stood for Grand Touring Prototype, was introduced into what was then called the IMSA GT Championship in 1981 and ran until 1993 when it was replaced by the World Sports Car category.

The WEC’s top class was renamed Hypercar on the introduction of LMH this year and will retain this moniker when the LMDh cars arrive in 2023.

“We have a really established relationship with Pierre [Fillon, ACO president] and all the folks on the steering committee that we have together,” said Doonan.

“When we mentioned that we were having discussions with our stakeholders about the GTP name, Pierre and everyone else were fully supportive.

“In the same way as the WEC had GTE and we had GT Le Mans, you have to do what’s best for your market.”

Doonan insisted that there had been “no pressure” applied on IMSA to adopt the Hypercar name.

The LMDh category was announced by IMSA and the ACO in January 2020, but it wasn’t until 18 months later that it was confirmed that LMH cars would be allowed to race against the LMDhs in the IMSA series.

This will allow Toyota, Peugeot and Ferrari to join the five manufacturers – Porsche, Audi, Acura, Chevrolet and BMW – committed to racing LMDh machinery in IMSA from the start of next season.