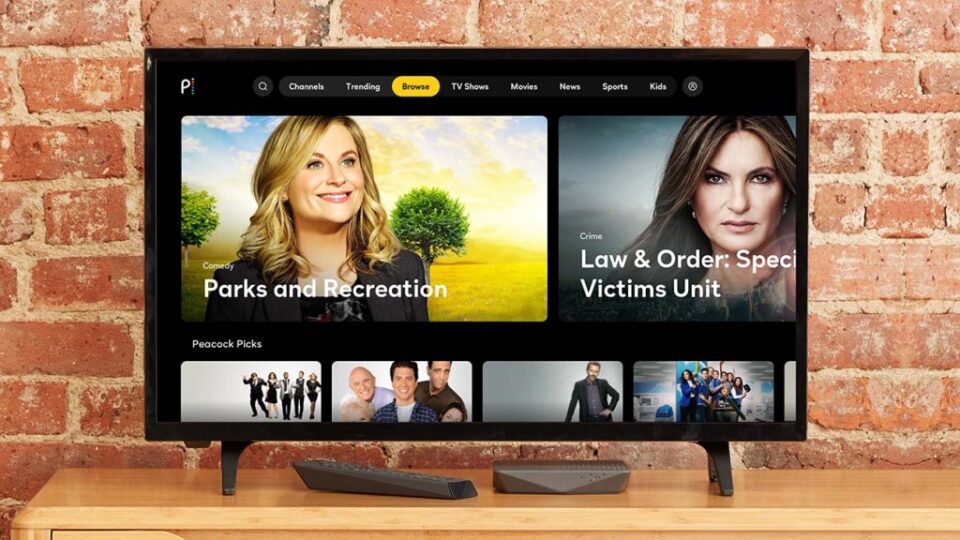 Peacock, the streaming service of Comcast’s entertainment unit NBCUniversal, reached 24.5 million monthly active accounts in the U.S. as of the end of 2021, Comcast disclosed in its fourth-quarter earnings report on Thursday.

The media, entertainment and technology conglomerate had previously focused on Peacock signups, but on Thursday disclosed the active user metric instead. It reported in the summer that Peacock had ended the second quarter with 54 million signups in the U.S., but didn’t provide a third-quarter update.

Beginning in the first quarter of 2021, the financial results of Peacock, previously reported in the “corporate and other” segment, have been included in the results of NBCUniversal.

The company disclosed that its fourth-quarter adjusted loss of before interest, taxes, depreciation and amortization related to Peacock amounted to $559 million, compared with a year-ago loss of $254 million. Peacock-related revenue grew to $335 million from $71 million in the fourth quarter of 2020.

NBCU’s fourth-quarter adjusted earnings before interest, taxes, depreciation and amortization (EBITDA) fell 6.8 percent to $1.28 billion, compared with $1.38 billion in the same period of 2020, amid higher expenses as it ramped up production work, which was hit by the coronavirus pandemic in the year-ago period, and content spending.

A big improvement in the theme parks unit, thanks to the reopening after a big pandemic hit and the launch of a new park in China, more than offset declines in other divisions of the entertainment arm. NBCU’s quarterly revenue rose 25.6 percent though to $9.34 billion, led by a 191 percent gain in theme parks and 36.4 percent growth at the studios unit.

Total Sky customer relationships increased by 61,000 to 23.0 million in the fourth quarter, driven by gains in the U.K. and Germany.

Comcast on Thursday also raised its dividend for the 14th consecutive year, increasing it by 8 cents per share to $1.08 a share on an annualized basis, and increased its stock buyback program authorization to $10.0 billion.

“Comcast’s strong operating and financial performance in 2021 was underscored by our highest full-year revenue, adjusted EBITDA, adjusted earnings per share and free cash flow on record,” said Comcast chairman and CEO Brian Roberts. “We continue to execute extraordinarily well, strengthening our leadership position in connectivity, aggregation and streaming, while working to have a lasting impact on our communities through our commitment to diversity, equity and inclusion and digital equity.”

Amid industry consolidation, he also emphasized: “Looking ahead, we remain focused on our many exciting organic growth opportunities across all of our businesses. Our top priority is increasing the capacity of our network in the U.S. and further improving our world-class broadband experience. We are producing more of the premium content that our viewers love and continue to provide them with multiple ways to access it, including on Peacock, while ramping construction of Epic Universe and welcoming even more guests to our theme parks.”

Here is a closer look at NBCU’s business units:

Studios
Quarterly revenue jumped 36.4 percent to $2.4 billion thanks to higher content licensing revenue, home entertainment and other revenue, as well as theatrical revenue. Content licensing revenue rose 33.7 percent, driven by TV content licensing. Home entertainment and other revenue increased 30.4 percent on the success of F9 and the return of stage plays, which were paused in 2020 due to COVID-19. Theatrical revenue increased by $80 million, primarily due to current-year releases Sing 2 and Halloween Kills, and the impact of theater closures in the year-ago period.

Studios unit adjusted EBITDA decreased 33.8 percent to $51 million in the fourth quarter, reflecting higher operating expenses, “driven by higher programming and production expenses, reflecting higher amortization of television production costs in the current year period compared to the prior year period when production was impacted due to COVID-19, as well as an increase in advertising, marketing and promotion expenses due to a higher number of theatrical releases in the current period.”

Theme parks unit revenue in the fourth quarter from around $700 million to $1.9 billion amid “improved operating conditions compared to the prior-year period, when each of our theme parks in the U.S. and Japan was either operating at limited capacity or closed as a result of COVID-19, and also the opening of Universal Beijing Resort in September.”

Theme parks adjusted EBITDA of $674 million was well above the $3 million recorded in the same period of 2020 and marked a fourth-quarter record for the company, management highlighted. On an earnings conference call, Roberts also noted that the Orlando theme park operation even had its best quarter ever. Roberts argued that “the recovery in our theme parks is truly remarkable.”

PlayStation Plus Games for February 2022 Announced