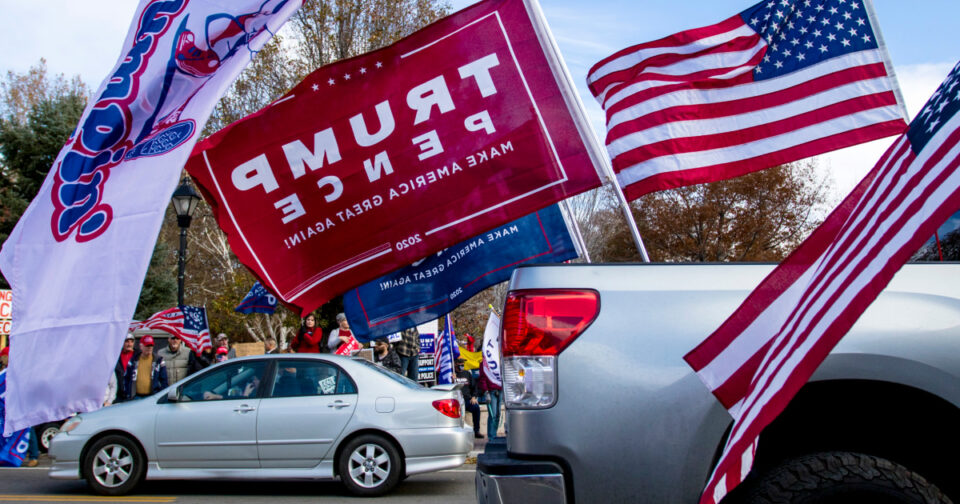 U.S. federal agents arrested a Nevada man for threatening a state election worker last year and telling her that she was “going to f—— die” for stealing the 2020 presidential election from Donald Trump, the Justice Department said on Thursday, the second arrest in a week by its election threats task force.

Gjergi Luke Juncaj, 50, of Las Vegas was taken into custody on Wednesday and appeared in federal court in Nevada on Thursday, charged with four counts of making threatening phone calls, the Justice Department said in a statement. If convicted, he faces a maximum penalty of two years in prison on each count.

The Justice Department’s election threats task force was announced last June, shortly after Reuters published the first in a series of investigative reports that have documented more than 850 threats and menacing messages to U.S. election workers, including about 100 that legal experts say could be prosecuted under federal law.

Almost all of the threats have been inspired by Trump’s relentless false claims that the 2020 vote was “rigged” against him, Reuters found.

Juncaj’s threats against Staci McElyea, a worker in the Nevada Secretary of State’s Office, were first revealed in a Reuters investigation published on Sept. 8. The story detailed how Juncaj repeatedly told McElyea that she and her colleagues would be killed, according to her documentation of the calls, which were made on Jan. 7, 2021.

After the threats, McElyea, a former U.S. Marine, called the Nevada Capitol Patrol and sent the state police agency a transcript of the calls, Reuters previously reported. An officer contacted the man, whom police would later identify as Juncaj.

Despite Juncaj’s multiple threatening calls, state police decided not to charge Juncaj, Reuters found. State detectives concluded that Juncaj’s threats were “protected” political speech and not criminal, because the suspect merely said he “wished” election workers would die, according to a summary of the case.

The Reuters report, however, contradicted the detective’s assessment. McElyea’s transcripts of the calls show that the man repeatedly told her she and her colleagues would be killed. “This is what you’re going to f—— get from now on,” her transcript quotes the caller as saying. “You’re all going to f—— die, and it is what you deserve.”

Juncaj could not immediately be reached for comment on Thursday. He told Reuters in an interview for the September report that he “didn’t threaten anybody.”

Following the Reuters story, the Federal Bureau of Investigation opened an investigation into Juncaj, according to a Nevada state government source.

The indictment is the task force’s second case, and the third known federal charge overall for threatening election workers since the 2020 vote. In December 2020, federal prosecutors charged a New Hampshire woman with threatening a Michigan official.

Federal authorities are also investigating an anonymous man who threatened Vermont officials, local law enforcement sources familiar with the probe told Reuters. That man’s threats were featured in a November Reuters investigation. In response to that report, Vermont lawmakers are considering new legislation to make it easier to prosecute people who threaten election officials.

“Election officials all over the country are being threatened and harassed, and those engaging in this domestic terrorism must be held accountable,” said David Becker, executive director of the nonpartisan Center for Election Innovation and Research.

Parents whose 2 children, niece died when they drove into Arizona floodwaters get probation