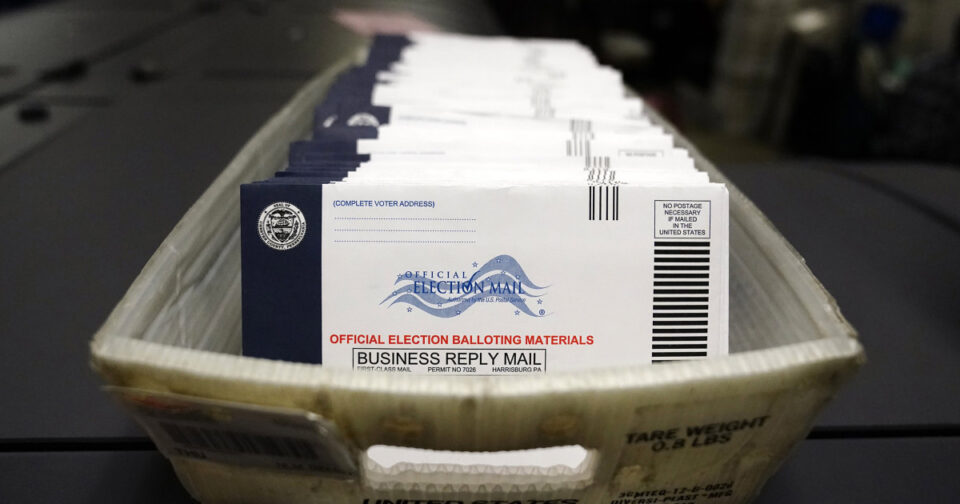 A Pennsylvania court struck down the state’s mail voting law on Friday morning, saying that voters must amend the state constitution before such legislation is legal.

“No-excuse mail-in voting makes the exercise of the franchise more convenient and has been used four times in the history of Pennsylvania,” Commonwealth Court Judge Mary Hannah Leavitt wrote in a Friday ruling. “If presented to the people, a constitutional amendment to end the Article VII, Section 1 requirement of in-person voting is likely to be adopted. But a constitutional amendment must be presented to the people and adopted into our fundamental law before legislation authorizing no-excuse mail-in voting can ‘be placed upon our statute books’.”

Pennsylvania expanded mail voting with a 2019 law that was heralded as a bipartisan compromise as it was passed by the Republican-controlled state legislature and signed by Democratic Gov. Tom Wolf. It later became a target for Republican criticism when then-President Donald Trump falsely criticized mail voting as a source of widespread fraud.

In Aug. 2021, 14 Republican members of the Pennsylvania House of Representatives filed suit against the state’s mail voting law alleging it unconstitutional and, in Sept. 2021, Bradford County Commissioner Doug McLinko filed a similar suit; the two lawsuits were consolidated. The Democratic National Committee and the Pennsylvania Democratic Party, as well as several GOP county committees, intervened to defend the law with the state.

In 2020, when congregating at the polls posed a health risk due to the pandemic, mail voting surged in popularity; according to NBC News, more than 2.6 million Pennsylvania voters cast a mail or early in-person ballot.

Fueled by Trump’s false claims, many Republicans have sought to restrict or stop mail voting in states across the country. Following the ruling, the former president heralded the news.

“Big news out of Pennsylvania, great patriotic spirit is developing at a level that nobody thought possible,” he wrote in a statement.

The Democratic National Committee said they are confident the ruling will be overturned by a higher court.

“We are confident in our case and we will leave no stone unturned in our ongoing efforts to protect the freedom to vote,” said DNC Chair Jaime Harrison in a statement.

Jane C. Timm is a senior reporter for NBC News.