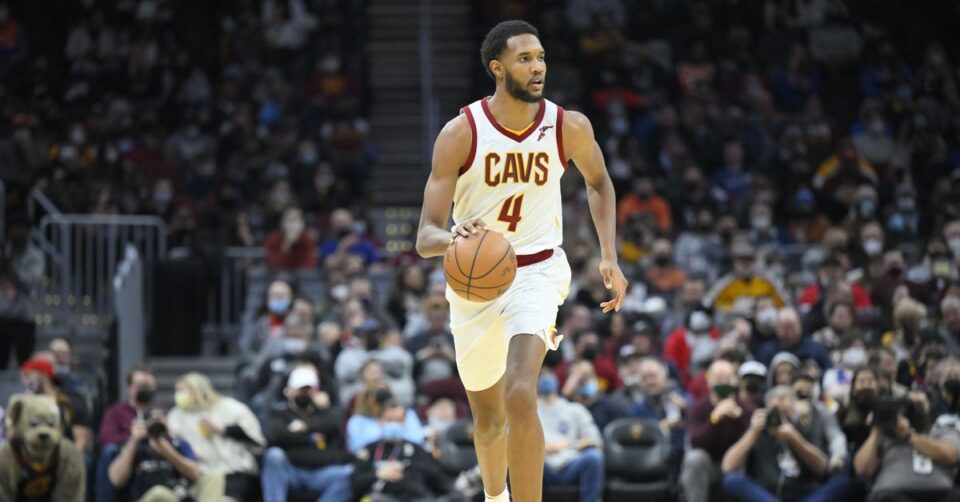 The Cleveland Cavaliers were supposed to be one of the worst teams in the NBA this year. This was not some sort of bold proclamation: since the Cavs lost LeBron James for the second time in the summer of 2018, they had won fewer games than any team in the NBA, with a 90-178 cumulative record over the last three seasons. The Detroit Pistons were the only other team that failed to crack 100 wins over the same time frame.

So when Vegas installed the Cavs’ preseason win total at 27.5 victories, it seemed fair. The team was coming off a 22-50 season. Their most notable offseason additions were Ricky Rubio, Lauri Markkanen, and a skinny 7-foot rookie big man taken with the No. 3 overall pick who would likely need a couple years to acclimate to the league even if he eventually became as good as we thought he’d be. The last time this franchise was in the playoffs without LeBron on the roster was back in 1998, when the trio of Shawn Kemp, Brevin Knight, and Wesley Person led Cleveland to 47 wins and a first round exit. Doubting Cleveland coming into the season wasn’t a sign of disrespect, it was simply a logical thing to do.

How foolish that logic looks now. With the season officially across the halfway point, the Cavs have already blown past their win projection for the year. Cleveland isn’t just the biggest surprise in the NBA, though they are that, too. The Cavs are legitimately one of the best teams in the league this year, a twin-towers style powerhouse that dominates the paint on both ends, boosts one of the best young playmakers in the NBA, and might have the leading candidate for Sixth Man of the Year, Coach of the Year, and Rookie of the Year.

Don’t listen to me; take it from reigning Finals MVP Giannis Antetokounmpo:

“This is not the Cleveland we knew over the past few years,” Bucks superstar Giannis Antetokounmpo said. “They have a good team and we have to respect them more. They’re a playoff team and are fighting for the title themselves.”

Antetokounmpo offered the praise while eating a bucket of chicken after the Cavs stomped the Bucks, 115-99, on Wednesday night. The Bucks have basically been unbeatable with Giannis, Jrue Holiday, and Khris Middleton in the lineup this season, and Cleveland came out and smoked them. It’s just another sign that this Cavs resurgence is no fluke.

The Cavs are 30-19 and in third place in the East, and that almost undersells how good they’ve been. Cleveland’s +4.9 point differential is tops in the conference. Their net-rating of +5.1 is No. 4 in the entire league. It’s happened despite a cascade of injuries to key pieces, with Collin Sexton missing almost all of the season with a torn meniscus, Rubio tearing his ACL in late Dec., and Markkanen now slated to miss a couple weeks with a badly sprained ankle.

Yet at this point, there’s enough of a sample to quell any debate: the Cavs are certifiably good. They can win a playoff series and maybe even two. They are the type of team no one wants to see in the postseason, in part because they present challenges no other team can present. This is a quick overview of how the Cavs stunned the world to become something that looks like a real NBA contender.

The Cavs dominate at the rim
The biggest reason for the Cavs turnaround is their sudden transformation into an elite defensive team. Last year’s Cavs finished No. 25 in defensive efficiency, which was actually a decent improvement from units that finished No. 30 and No. 29 the previous two years. This year, the Cavs’ defense is No. 3 in the league.

Cleveland has done it by locking down the rim with their two seven-footers in the paint. Jarrett Allen and Evan Mobley are the foundation of everything the Cavs do, and opposing teams still haven’t found a way to overcome their signature brand of size, length, and mobility.

Allen has an elite 7’6 wingspan to go along with a 243-pound frame that can hold up inside. Mobley has a 7’4 wingspan, and is incredibly light on his feet with a thin 215-pound frame. If you add their ages together, these dudes are still younger than Tom Brady, and they’re already two of the best interior defenders in the NBA.

The Cavs are No. 1 in the league at defending the rim, with opponents making only 58.2 percent of their attempts in close, per Cleaning the Glass. Allen and Mobley are mostly responsible for this. Their defensive numbers within 10-feet of the basket are absolutely astounding, per NBA.com.

The Cavs have been throwing out a zone with Mobley at the top of the key, and two more 7-footers in Allen and Markkanen down low. Teams simply don’t know how to get past it. Cleveland basically always has one monster rim protecter in position to block a shot, and both Allen and Mobley are steady enough on their feet to survive defending the perimeter. That’s a deadly combination.

While the Cavs’ offense is only average, ranking No. 15 in the league, they’ve found something sustainable by pounding the ball inside. Cleveland takes the eighth most shots at the rim, per Cleaning the Glass, and makes 66.9 percent of them, which is also the eighth best conversion rate.

Long story short: Allen and Mobley hold opposing offensive players way, way before their normal shooting averages around the rim. On offense, the Cavs use their elite length to finish well around the basket. That last part is mostly possible because ….

Darius Garland has turned into a legitimate offensive engine
There was plenty of reason to doubt Darius Garland in the 2019 NBA Draft. He had only played five games at Vanderbilt because of a meniscus injury. He was going to be one of the smaller players in the NBA at 6’2, 175 pounds. He was certainly a below-the-rim level athlete. The only way Garland was going to be worth that draft slot is if he passed an incredibly high skill threshold as a passer, shooter, and ball handler.

I gave the Cavs a C+ on draft night and called Garland the riskiest pick in the class. Whoops. It’s clear now Cleveland deserved an A+, because Garland is one of the best young guards in the NBA.

Garland didn’t prove much his rookie year, but he took a big leap to solid starter status in his second season. In Year 3, Garland has pushed for an All-Star nod, and developed into the driving force of everything the Cavs do offensively.

There aren’t many players better at creating offense than Garland. There’s five players in the league currently averaging at least 19 points and eight assists per game, per Baseketball-Reference, and three of them are superstars Luka Doncic, James Harden, and Trae Young. Garland and Spurs guard Dejounte Murray are the other two.

Garland is simply really good at setting up his teammates for buckets. He’s No. 7 in the league in assist rate right now, with only five superstars and Murray ahead of him. Defenses can’t focus on playing the passing lanes too much when Garland initiates the offense, because he’s also a threat to shoot. He takes 42.3 percent of his field goal attempts from three-point range. He takes nearly four pull-up threes per game, and hits them at a solid 36.7 percent rate. He also takes nearly three catch-and-shoot threes per game, and hits them at a 36.1 percent rate, per NBA.com

The Garland pick was truly a stroke of genius by the Cavs. Garland might have had relatively little margin for error to become a worthy top-five pick, but he’s become legitimately great at all his strengths to become the engine Cleveland needed at point guard.

Kevin Love is finally playing up to his level of talent
Kevin Love’s post-LeBron years in Cleveland have been defined by two things: not playing very often, and publicly pouting when he did. The Cavs still had two years and $59 million on Love’s contract entering the season, and it sure felt like they’d given up all hope of him ever becoming a dependable veteran for a decent team again.

Well, it’s happened. Love has been very good in all the ways we’ve known him to be during the Cavs’ championship contention years. He’s coming off the bench to give Cleveland an essential injection of shooting, scoring, and rebounding, and right now he might be the leading candidate for Sixth Man of the Year.

Per 100 possessions, Love is leading the Cavs in scoring and rebounding. He’s attempting a ton of threes — 10.4 per 36 minutes — and he’s knocking them down at a 40 percent clip. He’s also been owning the defensive glass (10.3 defensive rebounds per-36), which has helped Cleveland’s defense finish possessions.

The Cavs are no fluke
Cleveland should be a contender in the East for a long time. Seriously.

Allen has emerged into an All-Star caliber center this year at 23 years old who has leveraged his extreme length and impressive nimbleness to become incredibly effective at the rim on both ends. Mobley looks like a true superstar-in-the-making as a rookie, and it’s not hyperbole to say he could become one of the league’s defining players of the next generation. Garland is already a stud point guard who keeps defenses in the palm of his hands with his shifty ball handling, pull-up shooting, and panoramic passing vision. Love has been a blessing for his ability to get up and hit three-pointers while ending defensive possessions with a rebound.

The numbers suggest the Cavs are really good. The eye test does, too. Giannis sure seemed convinced of it on Wednesday after the Bucks got whooped with their three stars in the lineup.

The Cavs are more than a good story. No one is going to want to see this team in the playoffs. Cleveland is already one of the best teams in the East, and their ascent is just getting started.