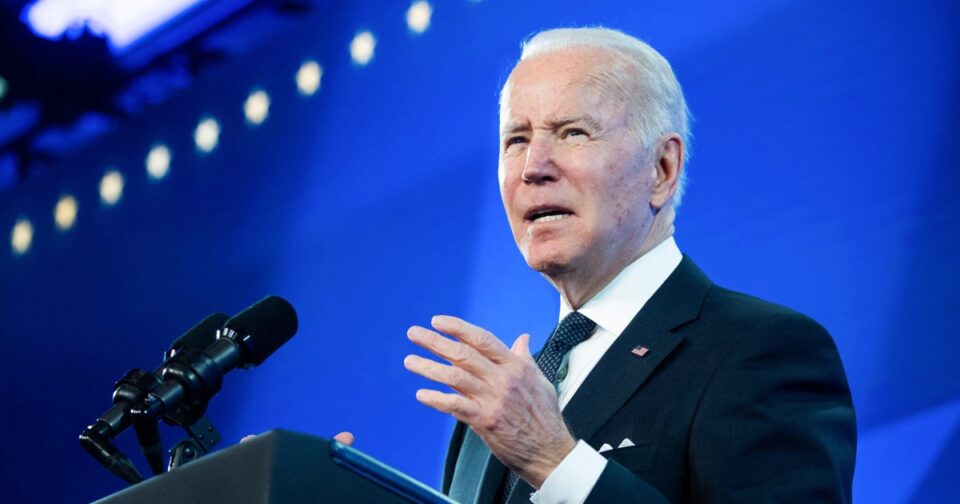 WASHINGTON — President Joe Biden formally announced the retirement of Supreme Court Justice Stephen Breyer on Thursday, thanking him for his “remarkable” service and reaffirming his commitment to nominating the first Black woman to the court.

“The person I will nominate will be someone of extraordinary qualifications, character, experience and integrity, and that person will be the first Black woman ever nominated to the United States Supreme Court,” Biden said. “I made that commitment during the campaign for president, and I will keep that commitment.”

“It’s long overdue in my opinion,” he said, noting that he would make his choice by the end of February.

The announcement kicks off what will be a monthslong dance in Washington, with candidates jockeying for the rare vacancy, the White House embarking on a vetting process, and congressional lawmakers using the confirmation process to score political points.

Biden’s selection will not only help shape the court for years to come, it will also provide a political tool to motivate the Democratic base as well as divert attention from his floundering legislative agenda.

As a presidential candidate, Biden promised in 2020 to put the first Black woman on the Supreme Court. The move could re-energize Black voters who have grown disillusioned with the president over his failure to push voting rights legislation through Congress.

Democratic Senators have been urging Biden to carry through on his pledge to nominate a Black woman ahead of Biden’s remarks Thursday. “The court should reflect the diversity of our country, and it is unacceptable that we have never in our nation’s history had a Black woman sit on the Supreme Court of the United States — I want to change that,” said Sen. Patty Murray, D-Wash., in a statement Wednesday.

In selecting a replacement, Biden said he will seek the “advice and consent” of the Senate and will invite senators from both parties to share their input on a nominee. He also said he will solicit advice from scholars and lawyers, along with Vice President Kamala Harris, given her extensive legal background.

“I will listen carefully to all the advice I’m given, and I’ll study the records and former cases carefully, I’ll meet with the potential nominees, and it’s my intention, my intention to announce my decision before the end of February. I have made no choice at this point,” Biden said. “Once I select a nominee, I’ll ask the senate to move promptly on my choice.”

White House press secretary Jen Psaki said Thursday that Biden intends to name the nominee by the end of February, while noting that isn’t a “set deadline.” Biden has been reviewing candidates since last year, she said, adding that he “believes that sitting judges can make excellent justices but he does not view that as a prerequisite.”

During remarks at the White House, Breyer warned of the challenges he sees ahead for the American experiment and said that it would be up to future generations to determine whether that experiment will continue to work.

“We are now engaged in a great civil war to determine whether that nation, or any nation so conceived and so dedicated, can long endure,” Breyer said, adding that he’s an “optimist and I’m pretty sure it will.”

“His pragmatism, encyclopedic knowledge, and varied government experience have enriched the Court’s deliberations,” Roberts said. “He is also a reliable antidote to dead airtime at our lunches, moving seamlessly from modern architecture to French cinema, to old radio shows, to a surprisingly comprehensive collection of riddles and knock-knock jokes.”

Although Breyer’s tenure on the court draws to a close, Thomas said, “our friendship and deep affection redoubles and endures.”

“I will miss him. He is brilliant, passionate about the law, and dedicated to the Court. He is funny, optimistic, and giving,” Sotomayor said. “We all will miss his commitment to seeking consensus and ensuring collegiality in all we do. He has served the country with honor.”

As a candidate, Biden was critical of the speed with which Republicans confirmed Barrett to the high court in the final weeks of the Trump presidency.

If Democrats are able to maintain their slim Senate majority, there is little Republicans can do to stop Biden’s pick from being confirmed. But confirmations haven’t always gone as expected. Unanticipated controversies have developed in the past, such as the sexual assault allegations that threatened Kavanaugh’s confirmation.

Many progressives have said they expect federal appeals Judge Ketanji Brown Jackson to be a top potential successor. The Senate confirmed Jackson to the U.S. Circuit Court of Appeals for the District of Columbia, last year in a 53-44 vote, with the support of three Republicans: Susan Collins of Maine, Lindsey Graham of South Carolina and Lisa Murkowski of Alaska.

Other names that have been floated are U.S. District Judge J. Michelle Childs, who was appointed by President Barack Obama in 2010 and is reportedly backed by House Majority Whip Jim Clyburn, D-S.C., a prominent Biden ally; and California Supreme Court Justice Leondra Kruger, who served as the principal deputy U.S. solicitor general during the Obama administration.

Biden’s ability to replace Breyer will not change the court’s 6-3 conservative advantage. At 83, Breyer is the court’s oldest member, and liberal activists have urged him for months to retire while Democrats hold both the White House and the Senate — a position that could change after the midterm elections in November.

“The significance is almost impossible to overstate,” Jon Meacham, a presidential historian, said on MSNBC Thursday. “Our finest hours as a country have come in some ways because of the Supreme Court, and some of our worst.”