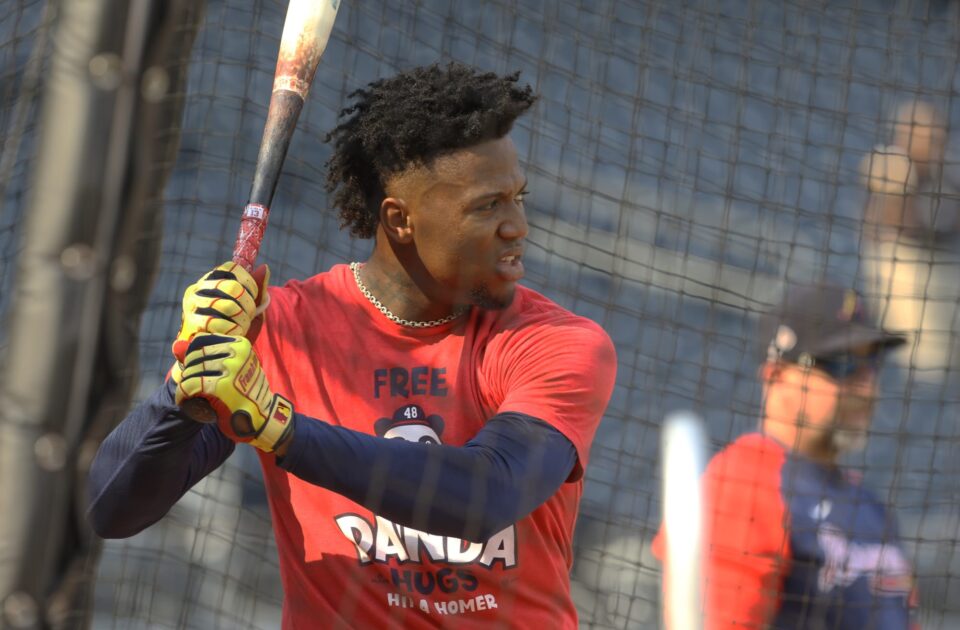 Atlanta Braves outfielder Ronald Acuña posted a video of him practicing his swing ahead of the upcoming season.

It has been nearly two months, but the MLB lockout is still in effect With both the league and Players Association still negotiating, baseball fans are looking for any kind of content as the 2022 season inches closer. For Atlanta Braves fans, they got quite the treat from star outfielder Ronald Acuña.

Th outfielder took to Instagram Live recently to show his batting session. He’s got the swing on point and even the bat drop.

Braves: Ronald Acuña bat drops are Opening Day readyAtlanta fans have to like what they see from this video clip.

The 2021 season saw Acuña deal with a variety of injuries. But at the midway point of the season, Acuña fell to the turf when attempting to field a fly ball against the Miami Marlins. After being carted off, it was determined that the star outfielder tore his ACL and that he would miss the remainder of the season.

Normally, losing a player with the skill of Acuña would end the team’s chances of contending for the championship. Yet, the Braves front office were active at the trade deadline, bringing in outfielders Jorge Soler, Joc Pederson, Eddie Rosario and Adam Duvall. Sure enough, their play helped the Braves win the World Series. In fact, Rosario won NLCS MVP and Soler earned the World Series MVP!

It will remain to be seen when Acuña will be fully cleared to return, but it looks like he has made significant progress.

Warriors: How Steph Curry solved his own shooting slump

The Use of Blockchain in the Cannabis World