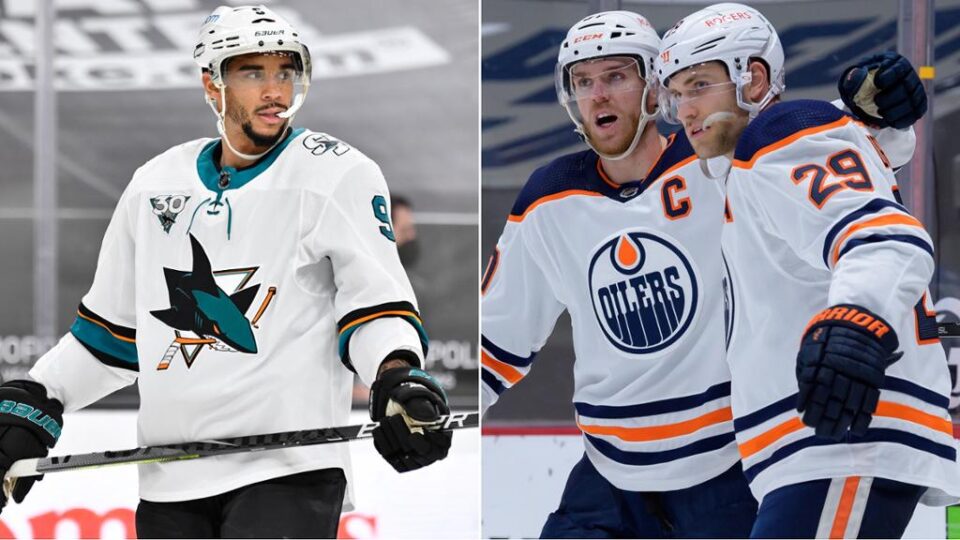 NHL.com has the fantasy hockey impact of Evander Kane signing with the Edmonton Oilers. For more coverage, visit NHL.com/Fantasy and subscribe for free to the “NHL Fantasy on Ice” podcast.

Fantasy impact of Kane to Oilers

Forward Evander Kane signed a one-year contract with the Edmonton Oilers on Thursday, making him a must-add fantasy player in all formats with a chance to play on a line with an elite center in either Connor McDavid or Leon Draisaitl.

Kane, whose previous contract was terminated by the San Jose Sharks, has not played a game in the NHL this season but scored eight points (two goals, six assists) with 21 shots on goal in five games for San Jose of the American Hockey League.

UPDATE: Kane is expected to make his season debut when the Oilers visit the Montreal Canadiens on Saturday.

The 30-year-old’s roster percentage in Yahoo Fantasy has jumped from 41 percent prior to the signing the contract to 56 percent (and counting) the morning after. Kane, who has scored 30 goals twice in his NHL career (2018-19 with Sharks; 2011-12 with Winnipeg Jets), has rejoined the top 100 overall fantasy rankings after joining the Oilers.

One of the most valuable fantasy players in the NHL last season with the Sharks, Kane had the best points-per-game average of his career (0.88) and finished 33rd overall in Yahoo Fantasy standard leagues.

He tied his NHL career-high in assists (27) during the 56-game season and provided rare coverage of goals (22), SOG (194) and hits (97). Kane was one of four NHL players to score at least 20 goals and average at least 1.5 hits per game last season; the others were Alex Ovechkin of the Washington Capitals, Gabriel Landeskog of the Colorado Avalanche and Chris Kreider of the New York Rangers.

Fantasy beneficiaries of the Kane signing include McDavid, who has regained the top spot in NHL.com’s top 200 rankings over Ovechkin. The Oilers, with Kane and the recent return of Ryan Nugent-Hopkins from injury, now have seven players in the top 200.

Kane has not been known for his production with the man-advantage for most of his NHL career but did score 18 power-play points in 64 games with the Sharks in 2019-20 and could have an even higher ceiling in the category if he lands on the first unit with McDavid, Draisaitl, Nugent-Hopkins and defenseman Evan Bouchard or Darnell Nurse. The Oilers are tied for the NHL’s second best power-play percentage (28.8).

The addition of Kane gives Nurse, Bouchard and goalie Mikko Koskinen (potential 2022 unrestricted free agent) renewed fantasy appeal in most formats. In deeper leagues, fantasy managers should consider adding any of Edmonton’s secondary wings (Zach Hyman, Jesse Puljujarvi, Kailer Yamamoto or Zack Kassian) with the chance one could play right wing with Kane and either McDavid or Draisaitl.