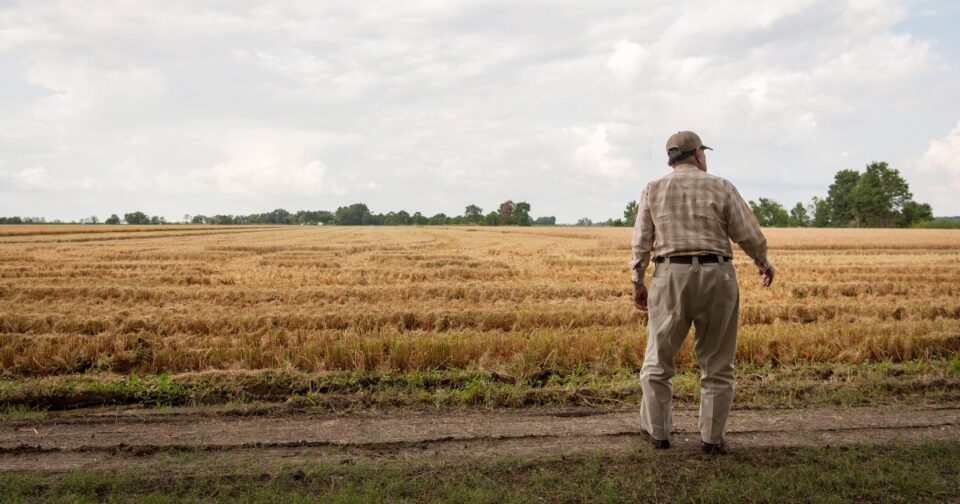 WASHINGTON — Donald Trump often espoused his love for America’s farmers during his presidency.

But after a year under President Joe Biden, farmers say they’re actually feeling the love.

Trump courted support from farmers during his failed re-election campaign in 2020 and touted his administration’s trade relief, saying they were better off with government payments than relying solely on sales.

While the focus of the Biden administration has been on its handling of the Covid-19 pandemic, and more recently the global standoff with Russian President Vladimir Putin over Ukraine, the farm sector has fared quite well under the new administration, as farmers ease off of government bailouts and see a boost in commodity prices.

“We had farm income that was up by a pretty fair amount in 2021, almost to the record level of 2013, but not quite,” said Patrick Westhoff, director of the University of Missouri’s Food and Agricultural Policy Research Institute. “Part of that, of course, was continuing government payments, but there was a very strong recovery in both crop and livestock prices last year.”

Soy and corn prices, two of the largest cash crops in the United States, have suffered slightly, falling below $9 and above $3 a bushel, respectively, during the pandemic. Now, exports have had an increase in demand, in part because of exports to China and poor weather affecting South American producers. Soy was up to $14 in 2021 and corn is projected to continue above $5 in 2022.

Net farm income, a broad measure of profits, is estimated to have increased by $15.7 billion in 2020 relative to 2019, according to the U.S. Department of Agriculture’s Economic Research Service. The agency also forecast net farm income at $116.8 billion in 2021, the highest level since 2013.

Schweitzer points out that in 2021, the majority of net farm income came from commodity sales and actual production “off the farm.” Whereas in 2019, a “big chunk” of the income was coming from Market Facilitation Program payments, which were at the core of the Trump administration’s effort to mitigate losses from its disputes with China and other trading partners.

The cost of the second round of tariff aid was estimated to be about $16 billion and came with added provisions that aimed to address allegations that large corporations had disproportionately benefited over smaller farms in the initial phase.

“The Trump administration, in terms of these trade war subsidies, was entirely reactive to shore up support in the farm sector,” Smith said, adding that both Trump and Biden remain interested in garnering the votes of farmers.

Trump was able to prevail in North Carolina, one of the few swing states that he was able to win.

While Biden is seeing a rebound in the farming sector, some of the improvement may not all be driven by his own policies.

On trade, his administration has been in a holding pattern, and officials have yet to outline how it intends to tackle a litany of leftover trade disputes with China.

But there are a number of farm-focused efforts underway.

Biden has tried to address nagging supply chain issues in hopes of boosting profits for family farms and lowering prices for consumers.

“I think the real optimism in agriculture is that we’ve got a president that is willing to stand up to these corporate monopolies and tell them ‘enough is enough.’ You need to play fairly, you need to share your profits,” Schweitzer said.

Building on an executive order from July 2021, the Biden administration announced earlier this month it intends to provide $1 billion in American Rescue Plan funds to help expand independent processing capacity, and provide funding that would give independent meat producers access to cold storage and other equipment to improve distribution of their products.

It will also work with lenders to provide independent processors with credit and devote money to workforce training and safety, the White House said in a statement highlighting the project.

With meat and poultry prices leading the broader nationwide increase in the cost of groceries, the White House has spent months arguing that anti-competitive consolidation within the meatpacking industry is to blame for the soaring prices.

Four companies — Tyson, JBS, Marfrig and Seaboard — control as much as 85 percent of the nation’s meatpacking business, according to a White House estimate.

Agriculture Secretary Tom Vilsack predicted in early January that there would be localized price reductions.

“People are eating more at home than they ever have and that has caused a slight disruption in the market,” he said in an interview, referring to the initial impact of the Covid omicron variant.

He added, “It’s going to take a little time, but I think you’re going to see a moderation of prices over time by virtue of the fact that we’re going to expand processing capacity in this country. We’re going to make it a much more competitive market.”

Westhoff says the farming sector is “watching to see just how that translates into practice.”

“I think a lot of folks are skeptical of how much can be done to change that in the very short run, but certainly there’s a lot of people who want to find a way to do that,” he said.

Democrats are retiring from Congress in droves. Not the House’s longest-serving woman.