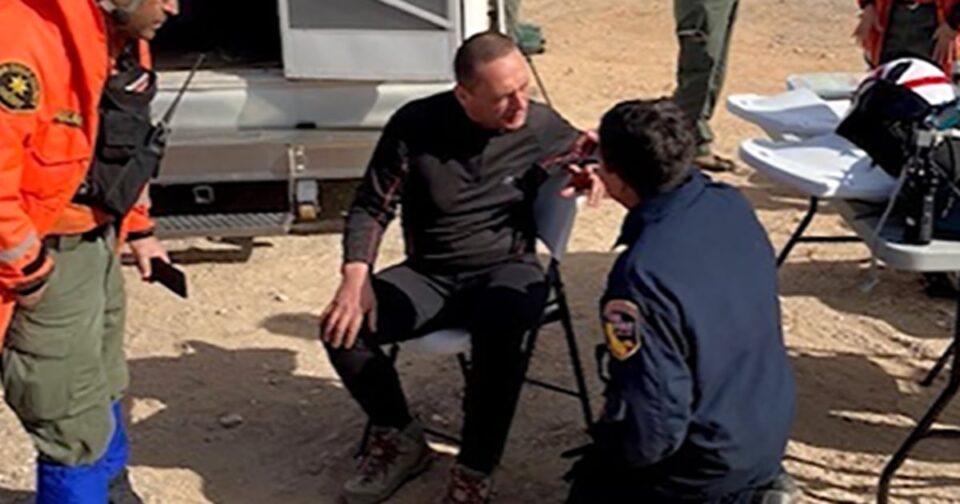 Authorities in New Mexico and Southern California rescued two hikers after one was injured on a mountain and the other went missing for three days.

The separate rescue operations occurred Jan. 22, authorities said. One was near Ladron Peak, a mountain rising 9,186 feet above sea level south of Albuquerque. The second hiker was found in the Jacumba Mountains, east of San Diego.

Video from New Mexico State Police showed a hiker lying on her back in a rocky section of mountain at 9,100 feet. The department identified her as a 50-year-old woman who’d become injured and stranded there.

The department said rescue personnel were dispatched to the area around 4 p.m. A Socorro County Fire Department paramedic descended from a helicopter and attached a rope to the woman.

Video showed her being hoisted into the aircraft.

In California, an Italian man went for a day hike on Jan. 19 in the Jacumba Mountains, roughly two hours east of San Diego, the local sheriff’s office said in a video. The man, who was not identified, did not return to the trailhead he set off from.

After the hiker was reported missing two days later, deputies and search and rescue volunteers went looking for him. He was found the next day near a gorge a few miles from the trailhead, the sheriff’s office said.

The man told first responders that he sheltered in train tunnels and stayed hydrated by drinking water at the bottom of the gorge.