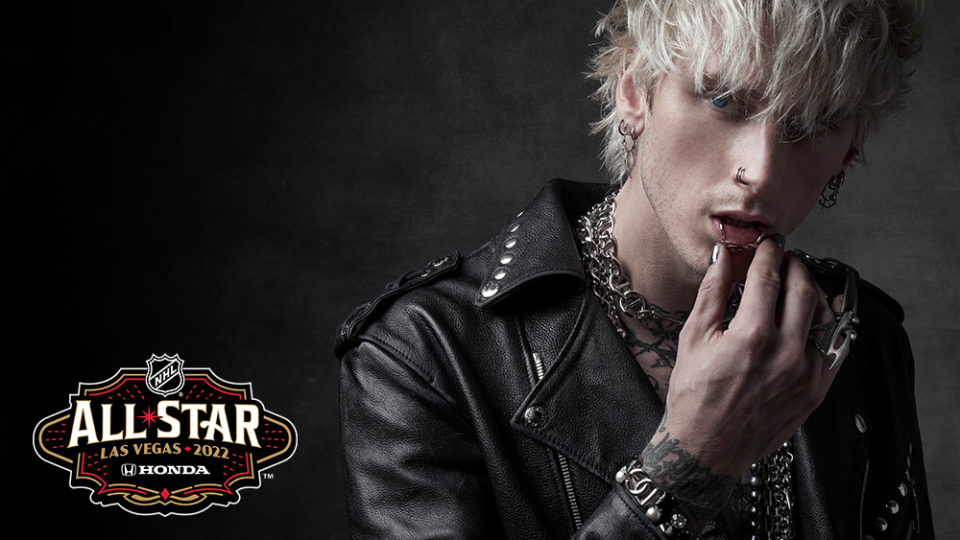 Machine Gun Kelly is set to headline the entertainment for the 2022 NHL All-Star Game at T-Mobile Arena in Las Vegas next weekend.

His show is set for the game’s second intermission and will be televised as part of ABC’s national broadcast, which begins at noon PT Saturday.

The two-time VMA-winning rapper — who, coincidentally, broke out with 2012’s Lace Up — has seen all five of his albums go Top 10 in the U.S. His most recent set, 2020’s Tickets to My Downfall, debuted at No. 1 and went platinum. His next disc, Born with Horns, is due out this year.

Kelly (real name Colson Baker) also has had several acting roles including Mötley Crüe biopic The Dirt, Captive State, Bird Box and the Showtime series Roadies. He has several roles in various stages of production, including starring with collaborator Travis Barker in One Way, and is co-directing the film Good Mourning With A U with Mod Sun.

The NHL is in the first year of dual seven-year TV deals with a pair of new partners: ESPN and Turner Sports. ESPN aired NHL games at various times during the 1980s, ’90s and 2000s but had not since 2004. Turner’s inaugural deal with the league includes shared rights to the postseason  — meaning the Stanley Cup Final and Playoffs will be on TNT and TBS for the first time.

What to Expect from Network as a Service (NaaS) Technology