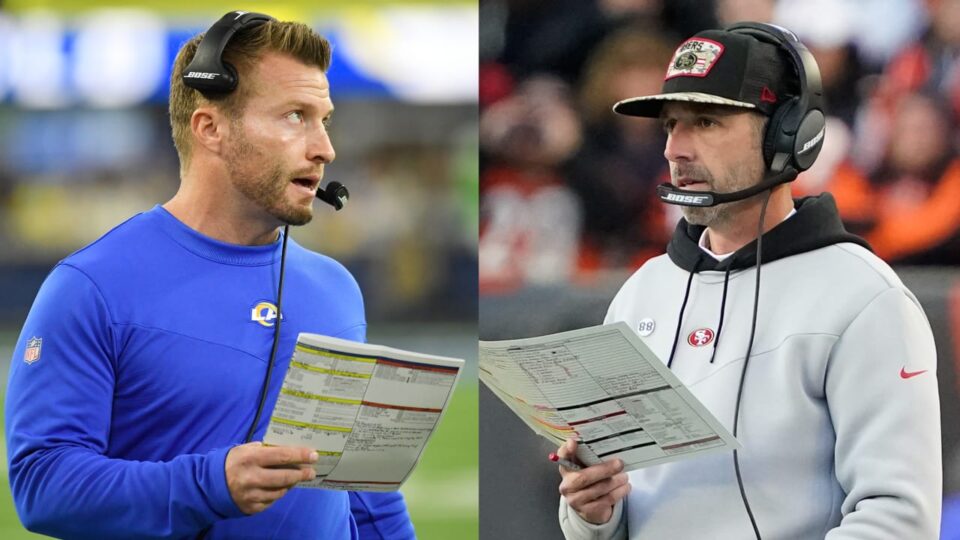 Joe Thomas: Since becoming head coaches of NFC West rivals in 2017, 49ers coach Kyle Shanahan owns a 7-3 record — winning six straight — against Rams HC Sean McVay, who was an assistant under (then-offensive coordinator) Shanahan in Washington from 2010 to ’13. Sunday’s NFC title game marks their biggest matchup to date, and the student becomes the teacher, as McVay bests Shanahan. It’s a high-scoring affair, with Matthew Stafford out-dueling Jimmy Garoppolo with three touchdown passes, while the 49ers rush for 150 yards. The Rams advance to their second Super Bowl in four seasons.

Marc Ross: When Joe Burrow last played the Kansas City Chiefs in Week 17, he threw for 446 yards and four touchdowns in the team’s biggest win of the season. However, in the Bengals’ two playoff victories, the offense has only scored three total touchdowns in 22 possessions. Which offense will show up Sunday? I predict we’ll see the high-flying unit led by Burrow, who will once again throw for over 400 yards and four touchdowns to push the Bengals to their first Super Bowl appearance since 1989 and place himself alongside Patrick Mahomes and Josh Allen as a part of the NFL’s dynamic, new Big 3.

Maurice Jones-Drew: The Cincinnati Bengals have so many offensive weapons in the passing game, including Ja’Marr Chase, Tee Higgins﻿, Tyler Boyd and C.J. Uzomah﻿. However, running back Joe Mixon takes center stage Sunday and is the team’s leading receiver against the Kansas City Chiefs.

David Carr: The Rams’ rushing attack struggled in the Divisional Round, with Cam Akers coughing up two fumbles and Sony Michel having just one carry for 4 yards. In contrast, the 49ers’ rushing attack, which features rookie Elijah Mitchell and wide receiver Deebo Samuel, has been incredibly tough to stop in the playoffs, combining for 260 rush yards and two TDs. But on Sunday, the Rams’ backfield steps up and surprisingly outrushes the 49ers.

James Jones: Joe Burrow’s four-touchdown performance against the Chiefs earlier this season was no fluke. That’s why I’m doubling down on the confident passer heading into the AFC Championship Game. Burrow again throws four TD passes vs. the Chiefs.