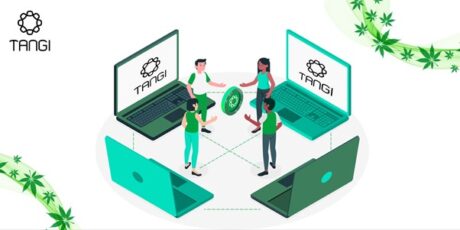 Blockchain and cannabis have one thing in common: they are both disruptive developments changing how people do business worldwide, particularly in the United States.

When it comes to legal cannabis producers, blockchain has the potential to completely transform an industry that has been hampered by a shockingly slow development trajectory, resulting in increased revenues in the future. This isn’t only true for growers; blockchain’s impact on a sector will also affect retailers and producers.

But before we look into the impacts, it is imperative to evaluate the cannabis industry’s challenges?

The transition from illicit to legal products hasn’t happened as swiftly as predicted since recreational cannabis was legalized in numerous places across the United States and Canada. Those that joined the market early, anticipating high demand, have been disappointed.

Depending on your perspective of the sector, it may come as no surprise that most cannabis is still sold illegally, with illegal channels accounting for 80% of volume and 60% of value in Canada. There are several reasons why the legalization of cannabis hasn’t progressed as quickly as expected:

Many of these issues are being addressed as the cannabis business matures. Producers granted licenses boost their cultivation, resulting in an oversupply of cannabis.

This, combined with the slow expansion of the legal cannabis business, has resulted in an oversupply of cannabis. Commercialization of the commodity, combined with recent product overstock, is increasing pressure on legal suppliers to lower their prices.

Most crucially, blockchain will provide encrypted traceability, which will aid in the resolution of other difficulties.

What role does blockchain play in this?

As previously stated, fear of government-sanctioned cannabis is still widespread. For licensed retailers and growers, marketing is severely restricted, preventing the dissemination of critical information regarding the consistency, safety, and quality of legal cannabis.

Concerns about the health risks of smoking marijuana concentrates have led to temporary bans on these products in locations like Massachusetts in 2019. With so many farms and suppliers and such a wide range of market supplies, it can be difficult for consumers to locate products they like and can count on.

Blockchain is a decentralized digital technology that records all transactions peer-to-peer.

The software can swiftly check back on past ledger entries because of hundreds of millions of copies of the same chain. This ensures that hacking attempts are immediately detected and addressed through comparison.

Because information is digitally saved and not held in one centralized location, adopting blockchain to the cannabis sector would reduce vulnerability and enhance transparency. Furthermore, transactions will not be overseen by a single intermediary.

Cannabis businesses have an advantage over other companies attempting to implement blockchain technology and have stringent traceability requirements. Because the legal cannabis market is still relatively new, cannabis businesses are more modern, making it easier to integrate a solution like a blockchain into their workflow.

These are usually small businesses with a strong growth culture and less intricate supply networks and structures.

Another distinct advantage of blockchain is that it is decentralized. Cannabis is a cash-only enterprise, at least in the United States. This is because the product is still illegal on a federal level and in more than half of the states and territories in the United States.

Due to the risk of funds confiscating or lost without recompense, cannabis firms can not use institutions insured by the Federal Deposit Insurance Corporation (FDIC). As a result, legal cannabis transactions are increasingly being made using blockchain-backed cryptocurrency like marijuana-specific cryptocurrency.

And to offer a very point-specific solution to both industries (blockchain and cannabis), the Tangi token is leading the way with a unique offering.

Tangi token makes having a marijuana-specific currency and gateway possible! Tangi Token is a blockchain-based digital payment system driven by the cannabis sector and aims to improve the retail purchasing experience, overall satisfaction, and customer engagement.

It’s based on the Binance Smart Chain, a Decentralized Exchange with a professional trading platform that allows for fast and secure transactions inside the Tangi Community.

Tangi Team also has an impressive track record in management and advisory roles: With the help of Charles Hoskinson, they created a working peer-to-peer blockchain infrastructure. Charles is the founder of Cardano and Ethereum’s ex-cofounder.

Thanks to the great minds behind it, Tangi will genuinely be considered the one-stop-shop solution for cannabis-related transactions.