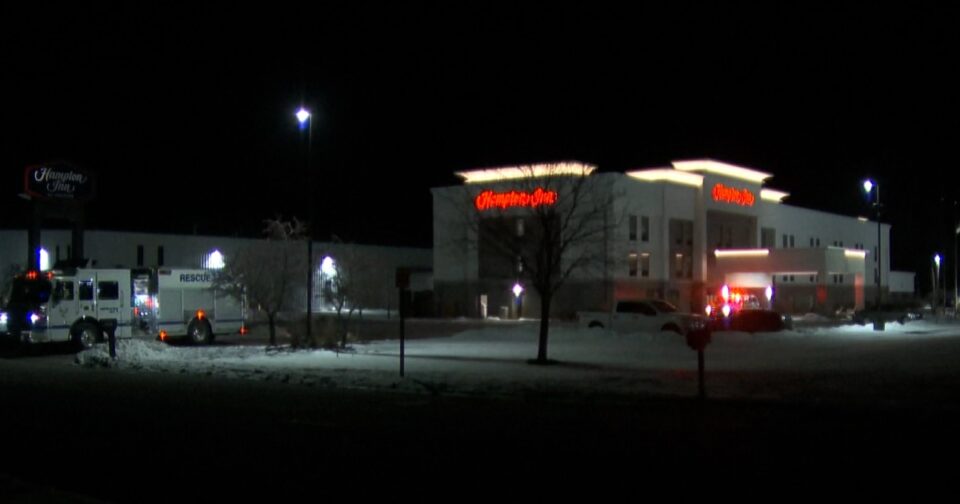 Authorities were called about 5:30 p.m. to the Hampton Inn in Marysville, Ohio, for a report of an unconscious 2-year-old girl, police said. Police said they also received additional reports of unconscious people in and around the pool area, and others experiencing dizziness and burning throats.

First responders transported nine people to area hospitals and evaluated two people at the hotel. An additional four went to a hospital on their own, police said.

“We continue the investigation into the source and glad that no one died as a result of their exposure,” Riley said.

Of the patients treated at Memorial Hospital in Marysville, including six children and five adults, two were said to be in critical condition, five were in serious condition, and four were treated and released, according to spokeswoman Melanie Ziegler.

The seven patients still hospitalized had been stabilized and were transferred to specialized care facilities, Ziegler said.

The hotel was evacuated overnight as the Marysville Division of Fire investigated what caused the situation, police said.

A spokeswoman for Hilton, the parent company for many Hampton-branded hotels, said the Marysville location is independently owned and operated.

Steve Aldridge with Amerilodge Group said in a written statement that the Hampton Inn Marysville is “fully cooperating with the local authorities.”

Marysville is about 30 miles northwest of Columbus.

Joe Studley is an assignment editor for NBC News.

Pennsylvania bridge will be ‘under a microscope’ in collapse investigation

Covid predictions? These experts are done with them