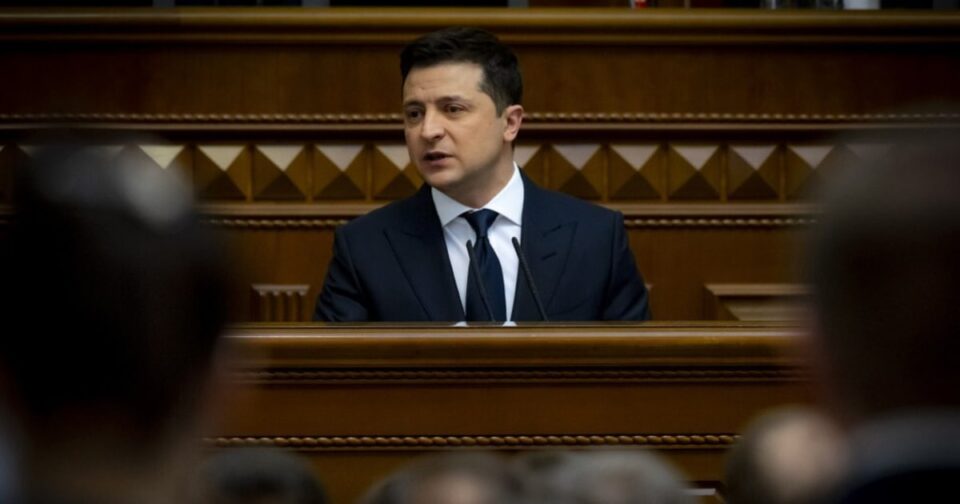 KOSTYANTYNIVKA, Ukraine — It’s just 25 miles from the front line, but on the snowy streets of the small Ukrainian city of Kostyantynivka, life goes on.

A short distance from the small community of about 70,000 people, Ukraine’s forces have for seven years been facing off against Russian-backed separatists in the Donbas, an industrial region in the eastern part of the country. The violence has killed some 14,000 people since 2014, according to the United Nations.

Across the border, President Vladimir Putin has amassed more than 100,000 troops and continues to build up military hardware, raising fears that Europe is standing on the precipice of all-out war.

But Ukraine’s emergency response systems have not been tested, the military reserves have not been called up and in Kostyantynivka, many are relaxed.

“It seems to me there will be no military invasion,” Marina Malikova told NBC News Friday. “I believe this. I want to believe this. We live here, we are just kids. We don’t want to see war.”

Malikova, 19, who recently graduated and plans to become a kindergarten teacher, added that people had gotten used to Russian aggression.

Her approach may well have been welcomed by Ukraine’s president, Volodymyr Zelenskyy, who has repeatedly called for calm in the face of the Russian buildup, and on Friday told a news conference that there was too much “panic.”

Shrugging off claims that his government was in denial, he referred to the Netflix movie “Don’t Look Up” starring Leonardo DiCaprio, a satire about climate change in which a fictional American president willfully ignores an extinction-level comet speeding toward Earth in order to preserve her ratings.

The movie has been turned into a meme and is widely shared on social media in Ukraine.

“There is a feeling abroad that there is war here. That’s not the case,” he said, adding that was the message he gave President Joe Biden in a phone call Thursday, despite Biden warning him that invasion was a “distinct possibility.”

Biden says the United States and its allies are looking to ward off “the most consequential thing that’s happened in the world, in terms of war and peace, since World War II.”

Russia denies it’s planning to attack the former Soviet state. But in a series of bold security demands, the Kremlin has urged NATO to deny membership to Ukraine and other ex-Soviet countries and to roll back its military deployments in Central and Eastern Europe.

The U.S. responded with a letter earlier this week, which it said offered a “diplomatic path forward,” but ahead of Zelenskyy’s news conference, Putin said Friday that it had not addressed Moscow’s main security demands.

“Ukraine has been facing Russian aggression for decades,” Kristina Kvien, U.S. chargé d’affaires in the country, said Friday. It had used cyberattacks and real aggression in Crimea, which Russia annexed in 2014, and in the Donbas, where Ukrainians died fighting every day, she said.

“You don’t see people getting concerned because they’ve lived with it for so long,” she added.

She insisted, however, that Ukraine’s government and military were “paying a lot of attention” to Russian movements and were “doing what they need to do” to ensure the Ukrainian people are ready.

The country’s leaders could be downplaying the possibility of invasion “to avoid panic among their own population,” said Keir Giles, a senior consulting fellow of the Russia and Eurasia Program at the London-based think tank Chatham House.

“But at the same time, the lack of evident intensive defense preparations in Ukraine would seem to argue that there is some substance to Kyiv’s belief that the threat is not as imminent as Washington would have us believe,” he said.

However, he added, “the enormous intelligence collection capabilities of the United States might well have led to a different picture from Kyiv’s intimate knowledge of the adversary.”

Invasion or not, Russia had already achieved “a lot of successes already,” he said, adding that it had “legitimized the conversation” about “rolling back the borders of Western democracy.”

He said that it had also “succeeded in the U.S. agreeing to Russia’s presentation of this issue as being between the great powers.”

“It’s shown everyone that Russia matters by having the one-on-one talks with the U.S. that it always craves,” he said.

In Kostyantynivka, residents can do little more than wait.

Alexander Vizirov, who served in the Soviet Union’s military between 1986 and 1988 — before the breakup of the Soviet Union led to Ukraine’s independence — was less confident about Zelenskyy’s approach, although he said he understood that the president was trying to calm people to prop up the economy.

“We cannot be relaxed,” he said, adding that invasion could “happen any second.”

While people said they were not worried, Malikova said she thought “they do somewhere deep in their soul.”

Asked why she thought an invasion would not take place she added: “It’s hope. Hope dies last.”