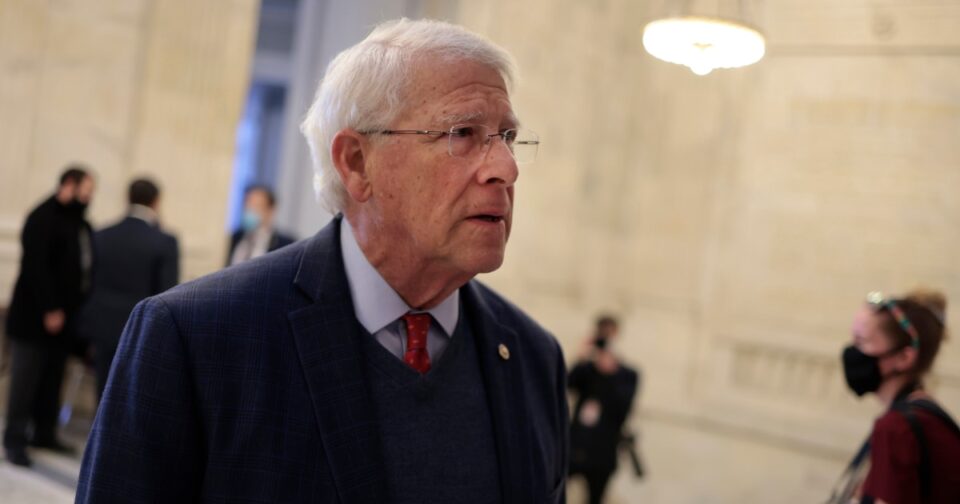 WASHINGTON — Sen. Roger Wicker, R-Miss., compared President Joe Biden’s pledge to nominate a Black woman to the Supreme Court to affirmative action, prompting the White House to defend Biden’s move as building on past presidential promises that elevated women to the high court.

In an interview on a local radio show, the senator was asked if Biden was demeaning his future nominee’s qualifications by using race or gender as a criteria.

“The irony is the Supreme Court, at the very same time, is hearing cases about this sort of affirmative racial discrimination and while adding someone who is the beneficiary of this sort of quota,” he said on “The Paul Gallo Show.” “The majority of the court might be saying, writ large, it’s unconstitutional. We’ll see how that irony works out.”

“I’ll guarantee you this, Paul. This new justice will probably not get a single Republican vote,” Wicker added.

Earlier this week, the Supreme Court agreed to hear two challenges to Harvard University and the University of North Carolina’s admissions processes — a major test to affirmative action. The court has long prohibited using racial quotas in college admissions but allows race to be considered as one factor.

Biden’s promise to nominate a Black woman, Bates said, “is in line with the best traditions of both parties and our nation.” In 1981, the former Republican president nominated Sandra Day O’Connor to the high court, a major advancement for women’s representation.

“When President Reagan honored his campaign pledge to place the first woman on the court, he said it ‘symbolized’ the unique American opportunity ‘that permits persons of any sex, age, or race, from every section and every walk of life to aspire and achieve in a manner never before even dreamed about in human history,'” he said.

Bates also noted that Wicker had called former President Donald Trump’s nomination of Justice Amy Coney Barrett “an inspiration” for his daughters and granddaughters. “We hope Senator Wicker will give President Biden’s nominee the same consideration he gave to then-Judge Barrett,” he said.

Wicker’s office didn’t immediately respond to a request for comment.

The White House confirmed Friday night that Biden is considering Judge J. Michelle Childs as a potential candidate to succeed Breyer, who announced his retirement Thursday. Childs, a judge on the U.S. district court in South Carolina who is backed by Biden ally Rep. James Clyburn, D-S.C., is the first person the administration has publicly identified as a possible nominee.

Biden has said that he’ll reveal his Supreme Court pick by the end of February, which coincides with Black History Month.

Hitting the Books: The decades-long fight to bring live television to deaf audiences