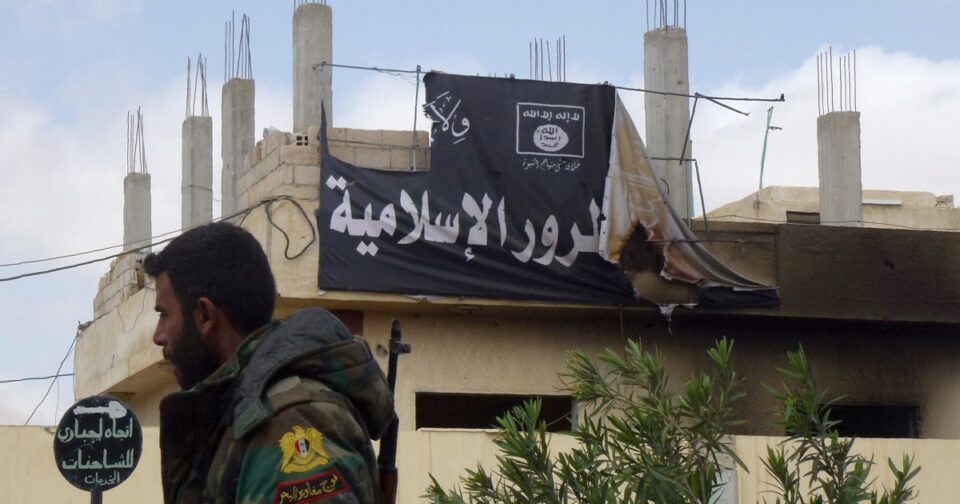 An American woman, originally from Kansas, has been arrested after organizing and leading an all-female military battalion on behalf of ISIS, the Justice Department said Saturday.

Allison Fluke-Ekren, 42, was first apprehended in Syria and transferred into the custody of the FBI Friday. She now faces federal charges of providing and conspiring to provide material support or resources to a foreign terrorist organization.

According to the criminal complaint filed in 2019 and unsealed following Fluke-Ekren’s arrest, she joined the foreign terrorist organization and started conducting multiple terrorism-related activities on its behalf since at least 2014 until approximately 2017.

These alleged activities include planning an attack on a U.S. college campus and serving as the appointed leader of an ISIS military battalion as well as training women and children on how to use guns and bombs, according to the complaint. Fluke-Ekren, who is fluent in English and Arabic, is also being accused of translating extremist doctrine.

The complaint details the eyewitness accounts of six separate individuals who observed Fluke-Ekren’s activities, including discussing her desire to conduct a terrorist attack on a U.S. shopping mall by parking a vehicle full of explosives in the building’s basement and detonating the explosives with a cell phone triggering device, according to authorities.

In about late 2016, Fluke-Ekren allegedly became the leader and organizer of a battalion comprised solely of female ISIS members who were married to male ISIS fighters, according to the Justice Department’s news release Saturday.

Fluke-Ekren was married to an ISIS fighter who died during an airstrike while attempting to conduct a terrorist attack in Syria. She later married another ISIS member who specialized in drones, according to the complaint.

No attorneys are listed for Fluke-Ekren, but she is expected to be appointed one on Monday, when she is set to appear in federal court in Virginia.

If convicted, Fluke-Ekren faces a maximum penalty of 20 years in prison, according to the Justice Department.