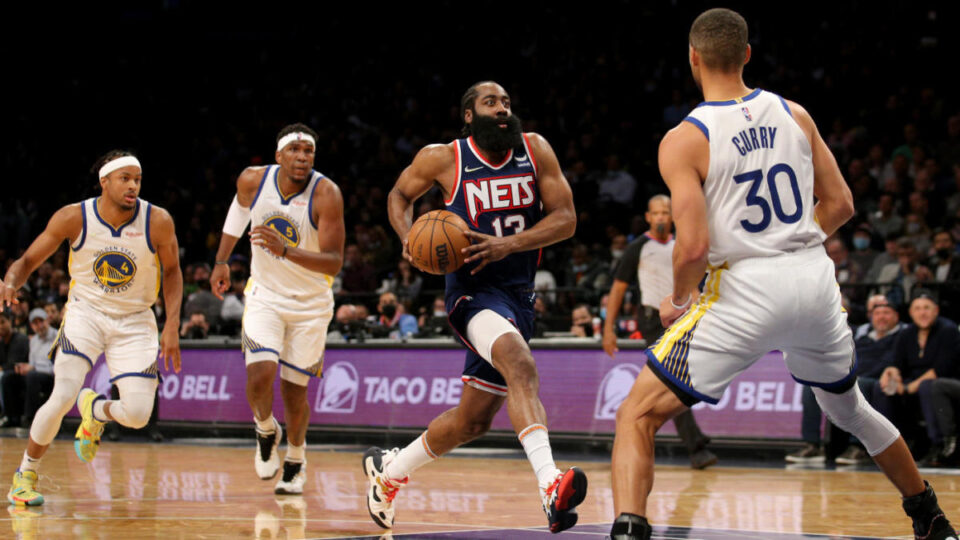 Stephen Curry and the Golden State Warriors host James Harden and the Brooklyn Nets in a high-profile NBA tilt on Saturday evening. Golden State is the NBA’s best home team, posting a 23-4 record, and the Warriors are 36-13 overall during the 2021-22 campaign. Brooklyn is 29-19 overall and 17-6 in road games this season. Draymond Green (back), Andre Iguodala (hip), and James Wiseman (knee) are out for the Warriors, with Nemanja Bjelica (back) listed as questionable. Kevin Durant (knee), Joe Harris (ankle), and Paul Millsap (personal) are out for Brooklyn.

Caesars Sportsbook lists Golden State as an eight-point home favorite for this 8:30 p.m. ET tipoff. The total number of points Vegas thinks will be scored, or the over-under, is 227.5 in the latest Nets vs. Warriors odds. Before making any Warriors vs. Nets picks, be sure to see the NBA predictions and betting advice from SportsLine’s proven computer model.

The SportsLine Projection Model simulates every NBA game 10,000 times and has returned well over $10,000 in profit on its top-rated NBA picks over the past three-plus seasons. The model enters Week 15 of the 2021-22 NBA season on a stunning 58-32 roll on all top-rated NBA picks, returning over $2,100. Anyone following it has seen huge returns.

Now, the model has set its sights on Nets vs. Warriors, and just locked in its picks and NBA predictions. You can head to SportsLine now to see the model’s picks. Here are several NBA betting lines and trends for Warriors vs. Nets:

Why the Nets can coverBrooklyn is lighting it up on offense this season, including a torrid stretch in recent days. The Nets are No. 6 in the NBA in offensive efficiency, scoring 112.1 points per 100 possessions, and Brooklyn is No. 2 since Christmas, scoring 116.4 points per 100 possessions over a month-long sample. For the season, the Nets are in the top five in shooting efficiency, including the No. 1 free throw mark (82.2 percent) in the NBA and top-tier marks in field-goal percentage (47.3 percent) and 2-point percentage (54.1 percent).

Brooklyn ranks in the top 10 in assists, assist percentage, assist-to-turnover ratio and fast-break points. Golden State is No. 24 in the NBA in free-throw prevention on defense, and the Nets have clear paths to success. On the other side, Brooklyn is in the top eight of the NBA in field-goal percentage allowed, 3-point percentage allowed, assists allowed and blocked shots per game. The Nets should also benefit from some shortcomings of Golden State, with the Warriors ranking No. 29 in turnovers per game and in the bottom 10 of the NBA in both free-throw creation and free-throw accuracy.

The Warriors are scoring 110.9 points per 100 possessions with the No. 2 true shooting percentage in the NBA. Golden State makes nearly 56 percent of 2-point attempts, while assisting on 68.8 percent of field goals (No. 1 in the NBA) and generating 27.6 assists per game. The Warriors make full use of transition, averaging 14.6 fast-break points per game, and Golden State also faces a friendly matchup against the Nets defense. Brooklyn is No. 27 in the NBA in turnover creation and No. 26 in the NBA in steals, with a bottom-10 ranking in free-throw prevention.

How to make Warriors vs. Nets picksSportsLine’s model is leaning under on the total, projecting 227 combined points. The model also says one side of the spread hits over 60 percent of the time. You can only see the model’s pick at SportsLine.