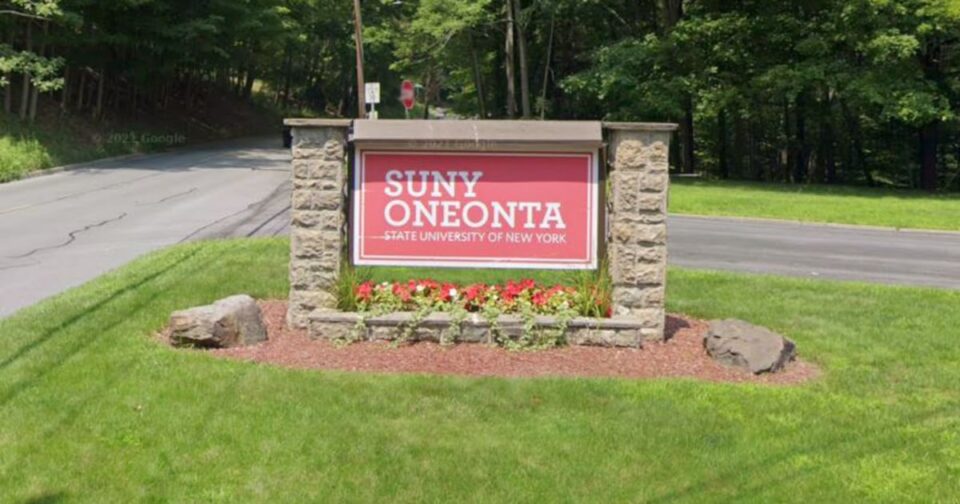 A SUNY Oneonta college student died after he was found outside near a city bus garage suffering from exposure to subzero temperatures, authorities in New York said.

Police said video from the garage and buses used Wednesday night showed that Lopresti-Castro did not arrive in the area by bus. Instead, the footage shows that he “emerged from a wooded area behind the garage at about 2:15 a.m.”

“A search of the surrounding area indicates Tyler may have walked off the roadway … climbing through the snow and crossing a drainage creek before emerging on Oneonta City property,” authorities said.

Officers who arrived on the scene found Lopresti-Castro “suffering from extended exposure to extremely cold, subzero temperatures,” the department said. He was taken to the hospital where he was pronounced dead.

Authorities said Lopresti-Castro was last seen around midnight Thursday. They are trying to determine his whereabouts up until he was captured on the video footage around 2:15 a.m.

At this point, police said there is no “indication of criminality” but urged anyone with information to contact them.

“We ask that we regard the deceased and his family with the reverence that we ourselves would expect during this incredibly difficult time and refrain from sensationalizing or speculating in regard to the nature of this tragedy,” police said in their statement.

“The college was informed Thursday evening of the death of a SUNY Oneonta student. This is a very sad time for SUNY Oneonta,” a university spokesperson said in a statement. “Our campus community is mourning the loss of one of our own, and we are focused on providing support to the student’s family and friends. Our hearts go out to them, and we are providing whatever assistance we can to help them during this difficult time.”

The school said grief and counseling services would be made available for students, faculty, and staff.