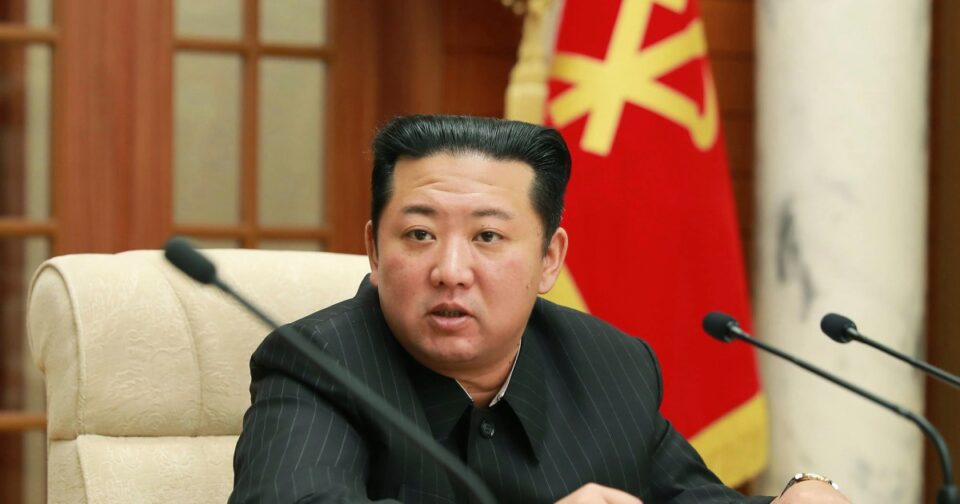 SEOUL, South Korea — North Korea on Sunday fired what appeared to be the most powerful missile it has tested since U.S. President Joe Biden took office, possibly breaching a self-imposed suspension on the testing of longer-range weapons as it revives its old playbook in brinkmanship to wrest concessions from Washington and neighbors amid a prolonged stalemate in diplomacy.

Sunday’s test was the North’s 7th round of weapons launches this month. South Korea’s military said the the projectile was an intermediate-range ballistic missile.

Japan’s defense minister, Noburo Kishi, said Sunday the projectile flew at an altitude of 2,000 kilometers (roughly 1,242 miles), with a distance of 800 kilometers (497 miles). The last time North Korea was able to reach this height with a launch was in 2017, he said at a press conference.

Japan has had concerns with higher trajectories, which can make missiles more difficult to intercept.

There were no immediate reports of damage to boats or aircraft.

South Korean President Moon Jae-in called an emergency National Security Council meeting where he described the test as a possible “midrange ballistic missile launch” that brought North Korea to the brink of breaking its 2018 suspension in the testing of nuclear devices and longer-range ballistic missiles.

The U.S. Indo-Pacific Command in a statement said the United States condemned the actions and called on North Korea to “refrain from further destabilizing acts.”

“While we have assessed that this event does not pose an immediate threat to U.S. personnel, territory, or that of our allies, we will continue to monitor the situation,” the statement said.

The launch came after North Korean leader Kim Jong Un chaired a ruling party meeting on Jan. 20 where senior party members made a veiled threat to lift the moratorium, which also included intermediate-range ballistic missiles along with nuclear explosives and ICBMs, citing what they perceived as U.S. hostility and threats.

It also followed the Thursday launch of two short-range ballistic missiles into the sea. The North also flight-tested a pair of purported long-range cruise missiles on Tuesday while vowing to strengthen its nuclear “war deterrent” and build more powerful weapons.

North Korea has been ramping up its testing activity in recent months, demonstrating its military might amid pandemic-related difficulties and a prolonged freeze in nuclear diplomacy with the United States.

“When you assess the series of missile launches, you can deduce what (North Korea) seems to be saying,” Yang Uk, a North Korea and military affairs expert at the Asan Institute for Policy Studies, a private think-tank in Seoul.

Yang said the latest missile launch might also signal the North could “abandon the moratorium and move on to test the ICBM.”

He added that North Korea could also be trying to get the attention of the Biden administration.

“Since taking office, the Biden administration has been quite busy with various issues other than North Korea and so one aspect of these series of shows of military power is to attract President Biden’s attention,” Yang said.

North Korea has justified its testing activity as an exercise of its rights to self-defense and threatened stronger action after the Biden administration imposed fresh sanctions following two tests of a purported hypersonic missile earlier this month.

While desperate for outside relief as his economy decays under crippling U.S.-led sanctions and pandemic-related difficulties, Kim has showed no willingness to surrender the nuclear weapons and missiles he sees as his strongest guarantee of survival. Analysts say Kim’s pressure campaign is aimed at forcing Washington to accept the North as a nuclear power and convert their nuclear disarmament-for-aid diplomacy into negotiations for mutual arms-reduction.

Pennsylvania bridge will be ‘under a microscope’ in collapse investigation