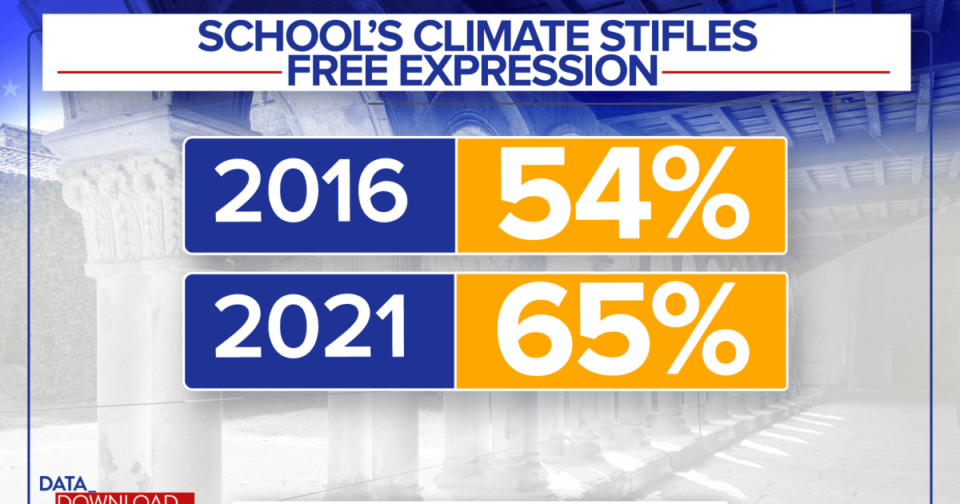 WASHINGTON — As politics have grown more combative in last few years, college campuses — long thought of as homes for open debate — have followed along. At many schools the question of where free speech ends and campus tensions begin has become an important topic.

A new poll from the Knight Foundation and Ipsos finds some growing concerns about limits to free speech among the nation’s college students and offers some insights about where they think the line is between the First Amendment and students’ desires to feel protected.

The most important finding in the poll may be just how important today’s college students believe free speech is to democracy. For all the talk about how today’s students fear that serious debates can lead to hurt feelings, the survey found a strong belief in the need for free speech in the United States.

Across gender divisions and racial and ethnic groups, 80 percent of more of those surveyed said free speech is “extremely” or “very” important to American democracy.

The fact that these figures show at least 80 percent agreement on an issue (especially on one as important and potentially as divisive as free speech) is actually somewhat remarkable.

However, today’s students are less sure about how secure freedom of speech is in America, and some sharp divides emerge when political partisanship is added into the mix.

Across the political spectrum, students say they are less certain about the security of free speech than they were five years ago, with the number who say freedom of speech is “very secure” or “secure” dropping among all partisan groups.

The real drop, however, came among students identifying as Republicans. The number saying they thought freedom of speech was secure declined by 25 points between 2019 and 2021. The figure was only at 27 percent in 2021, compared to 52 percent in 2019.

To be clear, there might be a lot going on in the sudden drop in those numbers, particularly among Republican students. These are questions about perceptions and some of that drop might be attributable to right-leaning news media and politicians paying more attention to what they perceive as left-leaning, “woke” behavior.

Those conversations might have impacts on young conservatives, especially on college campuses, which generally tend to more politically liberal than the nation as a whole.

The survey asked specifically about campus environments and found there were concerns about people not being able to say what’s on their minds for fear of offending others.

In 2016, a little over half of those surveyed agreed with the statement that their campus environment prevented people from speaking freely out of fear they would offend. The number climbed 11 points in 2021 to 65 percent, almost a two-thirds majority.

And the feelings are widespread. When broken into partisan affiliation, more than 60 percent of Democrats, independents and Republicans said they agreed with that statement in 2021.

Despite those concerns, however, when it comes to what kinds of practices students feel should be restricted on campus, there was actually a great deal of unanimity around one issue: racial slurs.

More than two-thirds of those surveyed said campuses should restrict the use of offensive racist slurs, but no other action or display garnered 50 percent of students wanting restrictions.

Taken together, the numbers do not suggest a wildly restrictive free-speech environment in higher education, because most people oppose the use of racial slurs. But the data here do show some concern that there currently is a chilling effect on campuses — a worry about what can and can’t be said in dorms and classrooms.