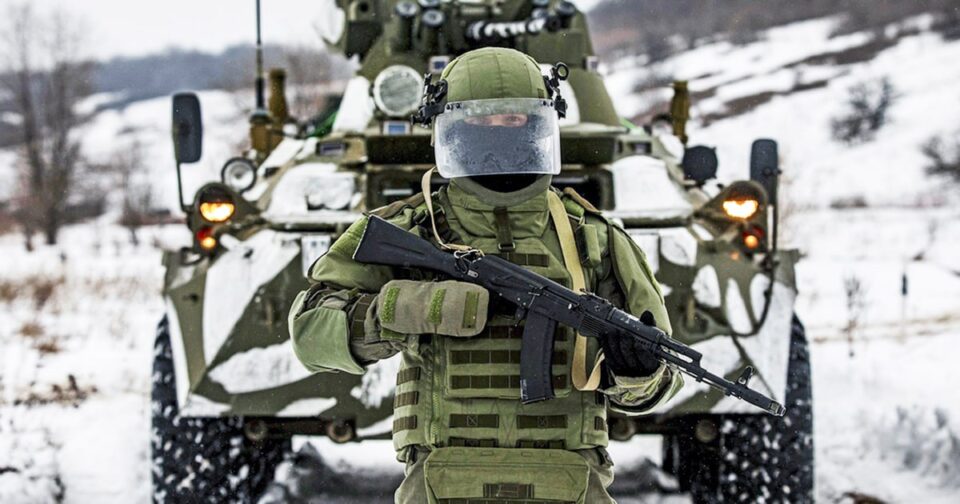 WASHINGTON — Russia’s military buildup near Ukraine has expanded to include supplies of blood along with other medical materials that would allow it to treat casualties, in yet another key indicator of Moscow’s military readiness, three U.S. officials told Reuters.

Current and former U.S. officials say concrete indicators — like blood supplies — are critical in determining whether Moscow would be prepared to carry out an invasion, if Russian President Vladimir Putin decided to do so.

The disclosure of the blood supplies by U.S. officials, speaking on condition of anonymity, adds another piece of context to growing U.S. warnings that Russia could be preparing for a new invasion of Ukraine as it masses more than 100,000 troops near its borders.

These warnings have included President Joe Biden’s prediction that a Russian assault was likely and U.S. Secretary of State Antony Blinken’s remarks that Russia could launch a new attack on Ukraine at “very short notice.”

The Pentagon has previously acknowledged the deployment of “medical support” as part of Russia’s buildup. But the disclosure of blood supplies adds a level of detail that experts say is critical to determining Russian military readiness.

“It doesn’t guarantee that there’s going to be another attack, but you would not execute another attack unless you have that in hand,” said Ben Hodges, a retired U.S. lieutenant general now with the Center for European Policy Analysis research institute.

“This information is not true. Such ‘news’ is an element of information and psychological war. The purpose of such information is to spread panic and fear in our society,” she said on Facebook.

On Friday, Ukraine’s President Volodymyr Zelenskyy criticized a “feeling abroad” that a war had already started. “We don’t need this panic,” he told reporters in Kyiv.

A White House spokesperson did not immediately comment on any Russian movement of blood supplies but noted repeated public U.S. warnings about Russian military readiness.

The three U.S. officials who spoke about the blood supplies declined to say specifically when the U.S. detected their movement to formations near Ukraine. However, two of them said it was within recent weeks.

Russian officials have repeatedly denied planning to invade. But Moscow says it feels menaced by Kyiv’s growing ties with the West.

Eight years ago it seized Crimea and backed separatist forces who took control of large parts of eastern Ukraine.

Russia’s security demands, presented in December, include an end to further NATO enlargement, barring Ukraine from ever joining and pulling back the alliance’s forces and weaponry from eastern European countries that joined after the Cold War.

Putin said on Friday the U.S. and NATO had not addressed Russia’s main security demands in their standoff over Ukraine but that Moscow was ready to keep talking.

Biden has said he will not send U.S. or allied troops to fight Russia in Ukraine but told Ukraine’s Zelenskyy in a phone call on Thursday that Washington and its allies stand ready to respond decisively if Russia invades the former Soviet state, the White House said.

The U.S. and its allies have said Russia will face tough economic sanctions if it attacks Ukraine.

But such moves have had scant impact on Russian policy, with Moscow, Europe’s main energy supplier, calculating that the West would stop short of steps serious enough to interfere with gas exports.

4 Ways to Market Your Business to Local Consumers