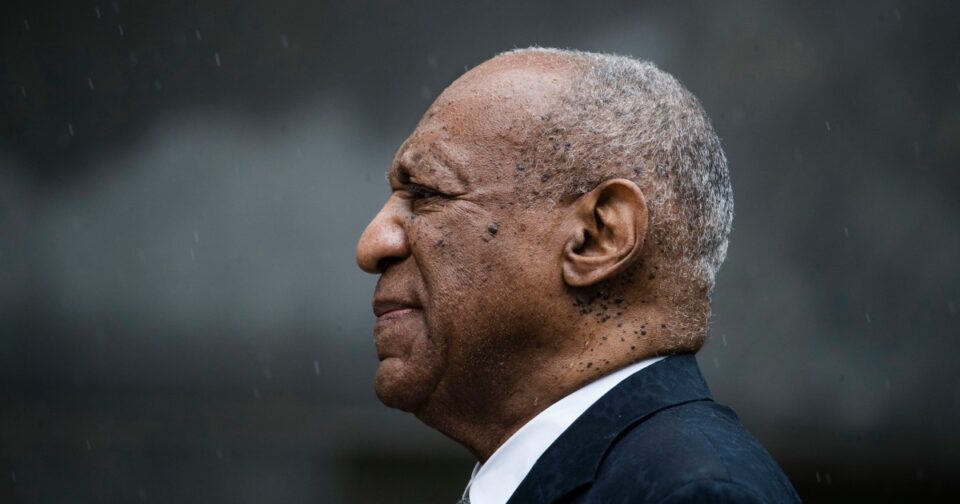 Even before the Pennsylvania Supreme Court sparked controversy after overturning the 2018 indecent assault conviction of Bill Cosby and ordering his release from prison in late June, W. Kamau Bell had plans to reignite the conversation around the legendary comedian’s mark on society in light of the sexual assault allegations leveled against him in recent years.

Then came the news, which prompted him to say, “I don’t really know what this film is anymore,” near the end of his four-part docuseries, “We Need to Talk About Cosby,” which premieres Sunday night on Showtime.

I believe most people should have already thrown Cosby away, so this docuseries, while well done, isn’t for people who share my thoughts.

However, regardless of the overturning of Cosby’s conviction (which doesn’t mean that he isn’t guilty), the enormous popularity and historic success he generated over a lifetime have led many — particularly in the Black community — to continue to pledge allegiance to him in spite of his accused misdeeds.

In response to the series, a spokesperson for Cosby told Entertainment Weekly that Bell was a “PR Hack” and went on to explain how Cosby “has spent more than 50 years standing with the excluded; made it possible for some to be included; standing with the disenfranchised; and standing with those women and men who were denied respectful work … because of race and gender.”

But the series does well explaining why Cosby, who has denied sexual assault allegations, has earned such reverence. It’s also just as skillful in outlining the reasons he continues to deserve broader examination.

I believe most people should have already thrown Cosby away, so this docuseries, while well done, isn’t for people who share my thoughts. It’s for those who, for multiple reasons, continue to struggle to reconcile the man they thought they knew with the predator he’s accused of being.

“As a child of Bill Cosby, I was a huge fan of all of his shows and wanted to be a comedian because of him,” Bell said in a statement. “I never thought I’d ever wrestle with who we all thought Cosby was and who we now understand him to be. I’m not sure he would want me to do this work, but Cliff Huxtable definitely would.”

Some of us have long made up our minds about Cosby, but as Bell and several commentators who lend their insight convey throughout the series, it can’t be understated how singular a figure he is in the entertainment industry and, by extension, how important and enduring a figure he remains for the Black community.

As a comedian, Cosby was a storyteller long championed as being in a league all his own. He managed to be not just funny, but funny in a way that was clean but not corny — no easy feat for any comedian, much less a Black one. He is also not only a pioneer in terms of the series he appeared in the 1960s, such as “I Spy,” but a change agent in that he used his power behind the scenes to fight to get Black stunt performers.

Creating opportunities for Black stuntmen and women while also combatting the previous tradition of white actors doing stunts in blackface — it’s a habit Cosby carried throughout his career that would soon give way to more Black television writers, directors, producers, makeup artists and camera crew members, among other jobs in the field.

These kinds of efforts by Cosby were transformative, as were his efforts to fight the whitewashing of American history in specials like 1968’s “Black History: Lost, Stolen or Strayed.”

It was through that and shows aimed at kids, such as “Picture Pages” and “Fat Albert and the Cosby Kids,” that Cosby, as professor and news host Marc Lamont Hill explains in the documentary, became “the first Black educator we had access to.”

“He was the first Black teacher we saw. And he let us know something else was possible,” Hill said as he highlighted that the racial gap between Black and white teachers in America remains remarkably high.

And, of course, there is “The Cosby Show,” (which aired on NBC for eight season from 1984 to 1992) in which a Black man not only single-handedly saved a broadcast network with his show about a Black family “allowed to live and thrive,” as described by Bell, but also used it to shift people’s minds about what Black people could be in society. That, along with his ability to become “America’s Dad,” is indeed the stuff of legend. The same can be said of his philanthropy and advocacy on behalf of historically Black colleges and universities.

Five minutes before the documentary ends, Bell asks in a voiceover, “Can you separate the art from the artist?”

I found the timing of the question curious, given that each of the previous episodes answered that by making it clear that Cosby often joked about drugging women for decades on his comedy albums and in his books. Is it really that difficult to figure out whether we can separate the art from the artist when the artist in question wrote about: “an aphrodisiac so potent that it could have made Lena Horne surrender to Fat Albert”?

Cosby also carried this habit to “The Cosby Show” — namely that episode about the “secret BBQ sauce” that made women essentially more sexual and docile. It came across as creepy to me as a child when I watched it; by now, it should be considered downright disgusting to anyone old enough to know better.

But for those with any lingering doubts about the art-vs.-artist question in the context of Cosby, there are plenty of Cosby’s accusers in the film who should firmly make apparent that you can’t. Some of the accusers in the docuseries included women who had roles on the show and were immediately identifiable. Scenes that once used to make me laugh are now tainted by the stories of abuse and coercion behind the scenes.

Does this negate all that Bill Cosby has done? No, but we can’t allow ourselves to be distracted by comedy, charity and image crafting. We have to learn to stop looking at predators as only certain types of people. We have to accept that sexual predators can be anyone — even TV dads. More than anything else, we need to stop allowing what we feel is a positive image to prevent us from acknowledging abuse.

What I appreciate most about “We Need to Talk About Cosby” is that it revisited when he said, during what has become known as his 2004 “Pound Cake” speech, that poor Black people weren’t holding up their end of the bargain.

One of Cosby’s former costars dismissed such reactions to that musing as “overblown” in the docuseries, but that speech remains one of the most despicable things I have ever heard in my life. In it, Cosby effectively blamed Black people for their own deaths at the hands of law enforcement. And instead of interrogating the systemic failures that keep Black people struggling, he just smugly scolded them. Not only did he enjoy belittling Black people, but he also began doing so to the delight of white conservatives at the time. That’s when the comedian became a pariah to me.

I knew that at the same time Cosby was moralizing to poor Black people, he was being accused of rape. When a person that powerful speaks so ill of the most vulnerable among us, it is a testament to his lack of humanity. When a Black person speaks like that about other Black people, it lets me know that he doesn’t love all Black people. And if a Black man can illustrate his disdain for Black people with that kind of rhetoric as he dodges rape allegations, he is no longer of use to the community.

I will never completely understand why so many refuse to let go of a flawed symbol accused of being a serial rapist, but while “We Need to Talk About Cosby” doesn’t tell you explicitly how to feel about Bill Cosby, it should provide those still unsure with the information they need.

I choose to view Bill Cosby as Boston Globe editor Renée Graham describes him in the series: “He was a rapist that had a really big TV show once.”

‘A cruel joke’: Families are missing the child tax credit. What future does it have?