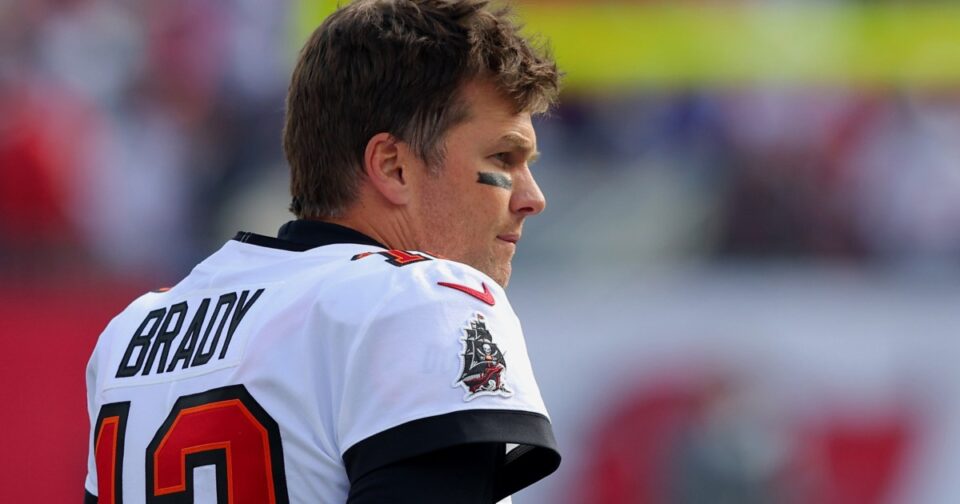 Tampa Bay Buccaneers quarterback Tom Brady is reportedly retiring from the NFL, according to ESPN which cited multiple anonymous sources and the National Football League which also reported the announcement citing a NFL.com reporter.

Although the NFL tweeted out news of the retirement on its social media account, Brady himself has not confirmed the report.

Sources reported to NBC News that Brady contacted Buccaneers general manager Jason Licht to inform him he has yet to make a final decision about his future and Brady’s father, Tom Brady Sr. has told media outlets that his son has not made a retirement decision.

Brady’s agent, Donald Yee, would neither confirm nor deny the news.

“Tom will be the only person to express his plans with complete accuracy,” Yee said in a written statement Saturday. “He knows the realities of the football business and planning calendar as well as anybody, so that should be soon.”

If Brady is indeed retiring he leaves the league with an unprecedented seven Super Bowl rings and a trophy case filled with MVP awards.

But beyond those basic stockpiles of stats, Brady’s legacy will be marked by his longevity and big game performances.

When he went over the 5,000-yard plateau for this season, during a game against the Carolina Panthers on Jan. 9, Brady — at 44 — became the oldest QB to ever hit that mark.

He’s the only player to be the Super Bowl MVP five times, and has been named the league’s top regular-season player three times.

Saturday’s announcement comes just days after Brady completed his second campaign with the Buccaneers, as the defending Super Bowl champions fell to the Los Angeles Rams in the NFC semifinals.

Brady rallied the Bucs from a 27-3 deficit to tie it late, before Matt Gay’s field goal at the gun won it for L.A.

As soon as the game ended, speculation ran rampant over Brady’s future and whether he’d return to Tampa Bay for another 2022 season.

Tampa Bay Buccaneers wide receiver Chris Godwin congratulated Brady on his retirement in a tweet Saturday saying he was “grateful to have gotten to share the field“ with him. His fellow teammate, linebacker Devin White, also tweeted, “Congrats to the greatest QB to ever lace em up on a helluva career.”

Brady played 20 of his 22 seasons for the New England Patriots, elevating that previously mediocre Massachusetts franchise into one of the sport’s most revered dynasties.

Brady then stunned the football word in spring 2020, when he left New England for Tampa Bay.

“For 20 amazing years, you gave us everything you had. When you arrived as a sixth-around pick — and the best selection this franchise has ever made — no one imagined all you’d accomplish or how much you’d soon mean to an entire region,”The New England Patriots team and the Kraft family, who owns the team, said in a statement. “You now leave New England after two decades of dominance as the GOAT and forever part of our family.”

Brady won that game’s MVP award and made a mockery of what was billed as a classic battle between an outgoing great and the game’s best young quarterback, Patrick Mahomes, then 25

Mahomes, now a quarterback with the Kansas City Chiefs, responded to news of Brady’s retirement with a goat emoji on Twitter, which stands for the acronym Greatest of All Time.

Brady followed up that banner season with another great campaign in 2021-22, passing for 5,316 yards and 43 touchdowns, both league highs.

His high level of play prompted Brady to speak openly about possibly playing to age 50, in what was simultaneously a mind-blowing and realistic goal.

The next oldest players to suit up in the NFL this past season were 39, a group of five that included Pittsburgh Steelers QB Ben Roethlisberger, two offensive lineman and two punters.

Los Angeles Rams head coach Sean McVay is already one of the game’s most accomplished field generals, having led his team to the playoffs four times in five seasons to go with an appearance in the 2019 Super Bowl.

Brady’s longevity has been a source of wonderment for years, and he’s sought to capitalize on it with books about health, diet and exercise.

Plenty of sleep, no late-night eating and early morning workouts are among the most basic elements of his regimen. But he’s also taken an unconventional stance against nightshade vegetables such as potatoes, peppers, eggplant and tomatoes.

Brady has been an outspoken critic of the food industry, famously calling out beloved American brands Coca-Cola and Frosted Flakes in 2015.

And Brady has also hinted that football itself is not good for his health.

While wife Gisele Bündchen “is my biggest supporter,” Brady said every tackle on the gridiron makes the supermodel cringe.

“It pains her to see me get hit out there,” Brady said on his podcast “Let’s Go! With Tom Brady, Larry Fitzgerald and Jim Gray” just after his season-ending loss to L.A.

“And she deserves what she needs from me as a husband and my kids deserve what they need from me as a dad. And I’m going to spend some time with them and give them what they need, ‘cause they’ve really been giving me what I need the last six months to do what I love to do,” Brady said.

“I said this a few years ago, it’s what relationships are all about. It’s not always what I want. It’s what we want as a family. And I’m going to spend a lot of time with them and figure out in the future what’s next.”

Brady has been married to Bündchen since Feb. 26, 2009, and they have two children.

He also has a teenage son with former girlfriend, actor Bridget Moynihan.