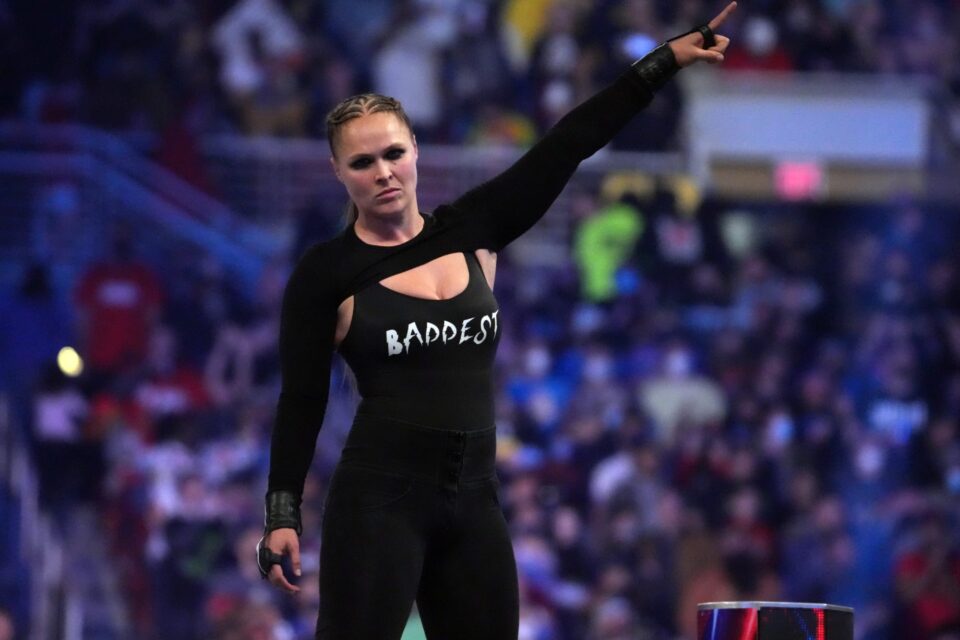 Ronda Rousey made her return to WWE on Saturday by winning the Women’s Royal Rumble but her WWE WrestleMania plans are reportedly already set too.

As had been rumored to be the case, Ronda Rousey returned to WWE for the first time in nearly three years at the Royal Rumble pay-per-view event on Saturday night in St. Louis.

However, it wasn’t just a return to the squared circle in the Women’s Royal Rumble match. Instead, the company is already shooting her right to the top of the card as she and Charlotte Flair were the final two women remaining in the 30-woman match to determine who would challenge for a championship at WWE WrestleMania 38.

Rousey emerged as the victor.

If you enjoyed that final showdown between Rousey and Flair, though, you will likely get the chance to see it again in a couple of months.

WWE WrestleMania rumors: Ronda Rousey vs. Charlotte Flair in the plansThe Wrestling Observer’s Dave Meltzer reported before Saturday night’s PPV show that the current plan for WWE WrestleMania 38 is to have a titanic clash between Rousey and Flair for the SmackDown Women’s Championship.

Given the longstanding history between these two women, Charlotte’s continuous maintaining that she’s essentially untouchable, with the way the Rumble was booked, and the simple fact that both of the superstars are massive draws, this would make a ton of sense.

Is that something you want to see from Ronda Rousey now that she’s returned? Or would fans rather see some fresh blood in the squared circle with the MMA legend? That’s a question for another day but, as of now, you can expect to see Rousey vs. Flair on the WrestleMania 38 card.

Be sure to stay tuned to FanSided for all your WWE, AEW and Pro Wrestling coverage from unique analysis to fun angles, to viral content and much more.