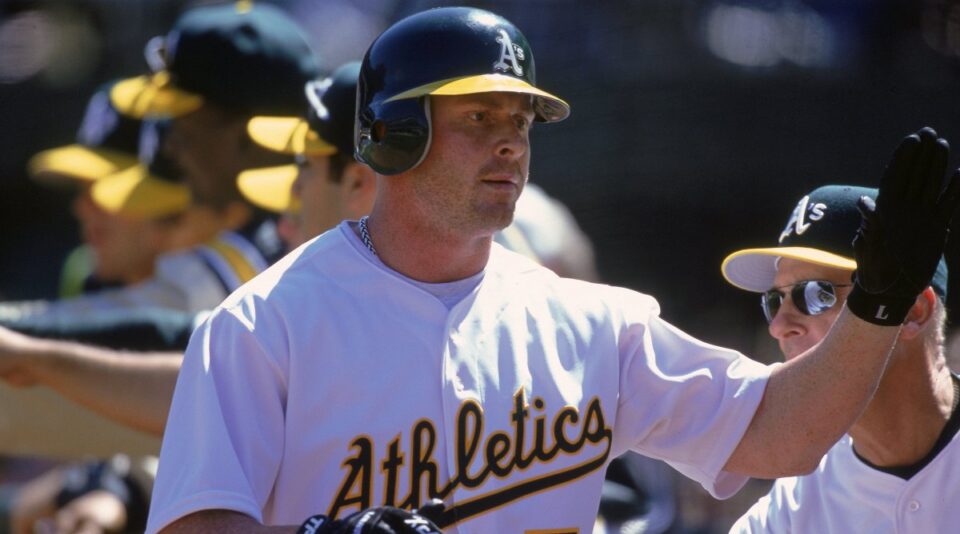 Former major league outfielder Jeremy Giambi passed away Wednesday at his parents’ home in California at the age of 47, the player’s agent told The Athletic’s Ken Rosenthal.

Giambi played for six years in Major League Baseball. He was originally drafted by the Royals in the 1996 MLB draft and played for two years in Kansas City before the Athletics traded for him prior to the 2000 season, pairing him with his brother, Jason, who played 20 seasons in the majors. He rose to prominence in Oakland, hitting .272/.374/.445 with 30 homers in 270 games over parts of three seasons.

Giambi may be remembered most for being tagged out at home plate during Game 3 of Oakland’s 2001 American League Division Series against the Yankees, when Derek Jeter flipped the ball to catcher Jorge Posada to maintain a slim lead for New York.

In the Academy Award-winning movie “Moneyball,” which depicts the 2002 Oakland A’s, Giambi was portrayed by actor Nick Porrazzo.

Giambi was traded to the Phillies in the middle of the ’02 campaign before spending his final year in the majors with the Red Sox in 2003.

For his career, Giambi batted .263 and hit 52 home runs with 209 RBI. He was one of 89 players named in the Mitchell Report on alleged steroid use in baseball.

The A’s released a statement Wednesday in remembrance of Giambi.

“We are heartbroken to learn of the passing of a member of our Green and Gold family, Jeremy Giambi. We offer our condolences to Jeanne, Jason, and his family and friends.”

More MLB Coverage:
• What’s Behind MLB’s Latest Lockout Tactic
• Let’s Make a Deal: Three Trades to Improve the Yankees, Giants and Mariners
• The Start of the MLB Regular Season Is in Jeopardy
• Elite Defense Is Killing Ground Balls
• WAR Is Not the Solution for Baseball’s Labor Woes

Top 5 Virtual Home GymsNo crowds, no strangers, no masks required. We explore the top virtual home gyms, from Peloton and Bowflex bikes to wall mounts like Tonal and the Mirror.

With pressures mounting, Biden thinks GOP will make his midterm case for him