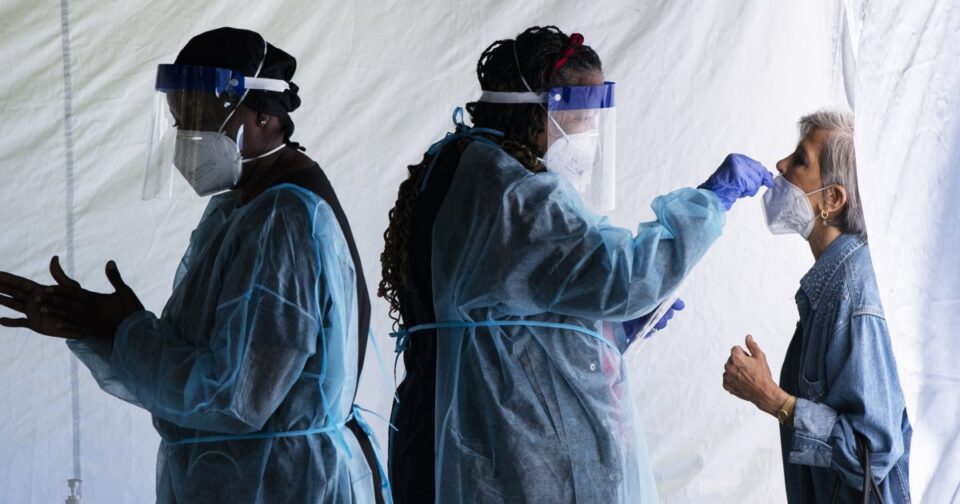 WASHINGTON — With Congress returning this week, the Biden administration is preparing to renew its push to secure Covid-19 funding, a White House official said, after a $10 billion bipartisan deal stalled in the Senate before lawmakers left for recess.

“Congressional inaction is already taking its toll — from uninsured Americans’ suddenly having to foot the bill for tests, treatments and vaccines to states’ receiving fewer monoclonal antibodies to keep people out the hospital,” the official said. “Further inaction is unacceptable, and Congress must promptly provide us the funds we urgently need to protect the American people.”

The White House also intends to push for more aid to Ukraine when Congress returns. The administration will be “focused on working with lawmakers to secure funds to keep aid flowing to the Ukrainian people and continue protecting the American people from Covid-19,” the official said.

In the agreement, $5 billion would be designated for therapeutics, with the rest going toward vaccinations, including booster shots, and testing capacity. It covers most of the White House’s request with one key exception: funds for global efforts to combat the pandemic. Previous efforts by Congress to include the measure failed in disagreements over how to structure and finance the legislation.

“Importantly, this bill is comprised of dollar-for-dollar offsets and will not cost the American people a single additional dollar,” Romney said in a statement, highlighting that the legislation would be funded by repurposing unspent money from previous Covid relief packages.

The White House initially requested $22.5 billion for Covid funding as part of a $1.5 trillion government spending bill that was passed last month. But it was removed to ensure that the overall package, which included emergency aid to Ukraine, would be able to draw enough Republican votes to cross the finish line.

As of Sunday, the U.S. was averaging 46,088 daily Covid cases, a rise of 46.9 percent in the past two weeks, according to NBC News data. The BA.2 version of the omicron variant of the coronavirus remains the dominant strain in the country.

How did archerfish learn to shoot down their prey? A new study has an idea

Woman rescued after falling in toilet trying to get phone

3 Keys: Panthers at Lightning, Game 4 of Eastern Second Round