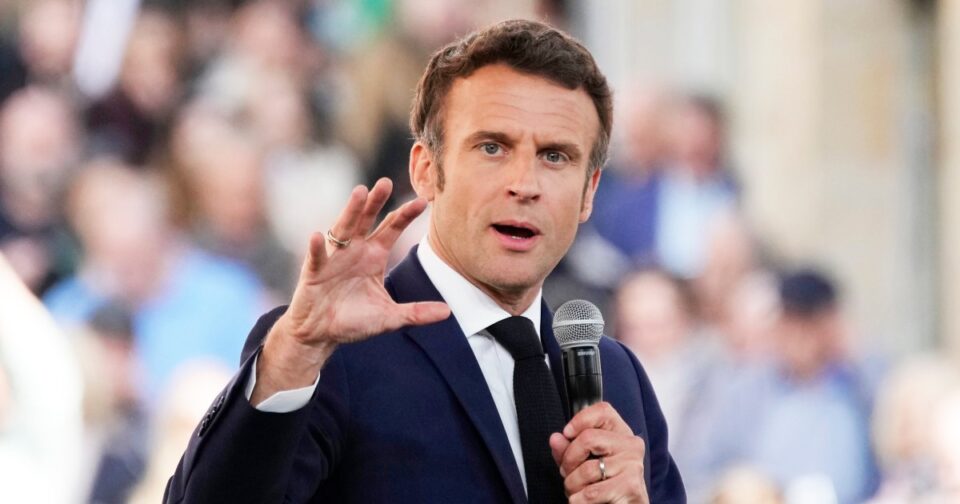 Emmanuel Macron has held off a challenge from far-right leader Marine Le Pen to retain the French presidency.

Macron, the centrist incumbent, won with 58.5 percent of the vote in Sunday’s second-round runoff, compared with 41.5 percent for Le Pen, his nationalist rival, official results show.

Macron triumphed decisively, although by a smaller margin than in 2017, when he won by more than 30 percentage points to became France’s youngest president. While she fell short of the Élysée Palace again in her third presidential run, Le Pen has secured the most votes ever for a French far-right candidate.

In a victory speech at Paris’ Champ de Mars, Macron thanked his supporters and promised a more “independent France” and “stronger Europe.”

“I also know that many of our compatriots voted for me today, not to support the ideas I hold but to block those of the extreme right,” he said. “And I want to thank them here and tell them that I am aware that this vote binds me for the years to come.”

“From now on, I am no longer the candidate of one camp but the president of all,” he added.

Le Pen’s challenge to the country’s mainstream order and the West’s unity against Russia had officials in Europe and Washington anxiously following the election amid the war in Ukraine. She is sympathetic to Russian President Vladimir Putin and skeptical of NATO and the European Union.

Le Pen conceded defeat in a speech to supporters shortly after the projections were released but said her unprecedented vote total represented “a shining victory in itself.”

“The ideas we represent are reaching summits,” she said.

The interior ministry announced the final results Monday, with Macron winning 58.5 percent of the vote to Le Pen’s 41.5 percent.

Small plane bursts into flames after crashing into Miami bridge