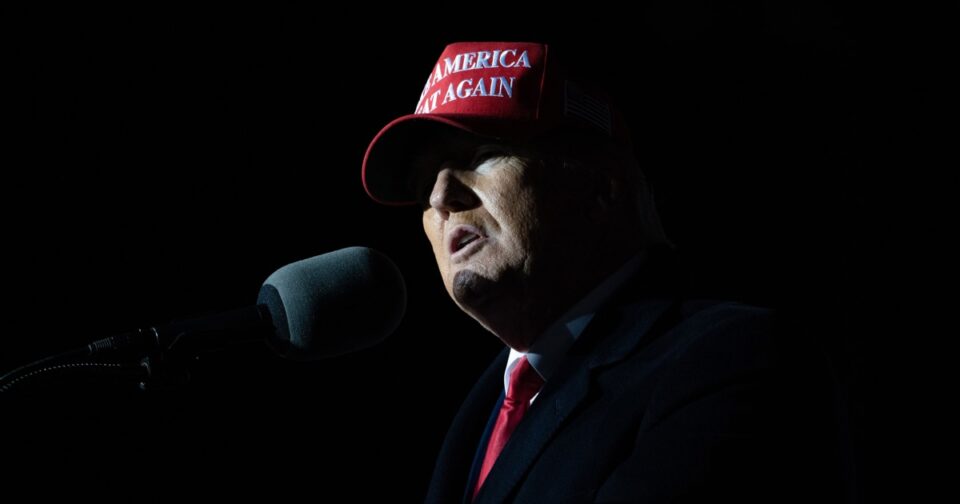 A New York state judge on Monday found Donald Trump in civil contempt of court and ordered him to pay $10,000 a day until he turns over documents that have been subpoenaed by the state attorney general’s office.

Attorney General Letitia James had sought the fine as a way to force the former president to turn over documents her investigators say they need as part of their civil probe into the Trump Organization’s business practices.

In a pair of tweets, James hailed Justice Arthur Engoron’s ruling as “a major victory.”

“Today, justice prevailed. Our investigation into Donald Trump and the Trump Organization’s financial dealings will continue undeterred because no one is above the law,” James wrote.

The judge didn’t address in his oral ruling whether or not the $10,000-a-day fine was retroactive to the date Trump was supposed to have turned over the documents — March 31 — or if the clock would start running on Monday.

He was expected to issue a written ruling by Tuesday.

Trump lawyer Alina Habba said, “We respectfully disagree with the court’s decision” and “intend to appeal.”

“All documents responsive to the subpoena were produced to the attorney general months ago,” Habba said in a statement.

In a court filing earlier this month, James’ office said Trump had been trying to stonewall their long-running investigation into whether he and his company manipulated financial statements.

In court filings, her office alleged that it has “uncovered substantial evidence establishing numerous misrepresentations in Mr. Trump’s financial statements provided to banks, insurers, and the Internal Revenue Service.”

Trump and his company have denied any wrongdoing, with the former president calling the probe “a continuation of the greatest Witch Hunt of all time.”

Trump’s lawyer did not immediately respond to a request for comment on the ruling.

The Trump Organization has said in court papers that it has turned over more than 750,000 documents to the attorney general, but James’ office has complained that the company has been slow to turn over documents involving Trump, even though he “personally executed documents central to the issues under investigation.”

Among the items the attorney general’s office has said it wants to review are “file cabinets at the Trump Organization holding Mr. Trump’s files,” “Post-it notes” that he used “to communicate with his employees,” and two mobile phones he was using while running the business.

The AG’s office has said it needs to review that information while trying to decide whether to file a civil suit against Trump and his company.

Habba said in court filings that Trump didn’t turn the documents over because he doesn’t have them. She said the attorney general’s office was informed Trump “was not in possession of any documents responsive to the subpoena and that all potentially responsive documents were in the possession, custody or control of the Trump Organization.”

The AG countered that if that indeed is the case, Trump and his team still have to file sworn statements outlining what steps they took to find the documents and comply with the subpoena. If Trump’s team does so, that could potentially obviate the contempt fine.

Engoron had ordered Trump in February to turn over the documents by March 31. The attorney general’s office said his lawyers agreed to do so, but then filed objections on that date arguing that the already-court-approved subpoena “is grossly overbroad, unintelligible, unduly burdensome, and does not adequately describe which documents and communications are requested or sought with reasonable particularity.”

James’s office has also been assisting the Manhattan district attorney’s office with its parallel criminal investigation into the Trump Organization. That probe has led to criminal charges against the company and Allen Weisselberg, its former chief financial officer. The company and Weisselberg have pleaded not guilty to the charges, which include allegations of tax fraud and falsification of business records.

Trump sued James in federal court in December to halt her investigation, arguing that her probe is politically motivated and designed to provide fuel for the district attorney’s criminal investigation. James has denied the accusation, and the case is still pending.