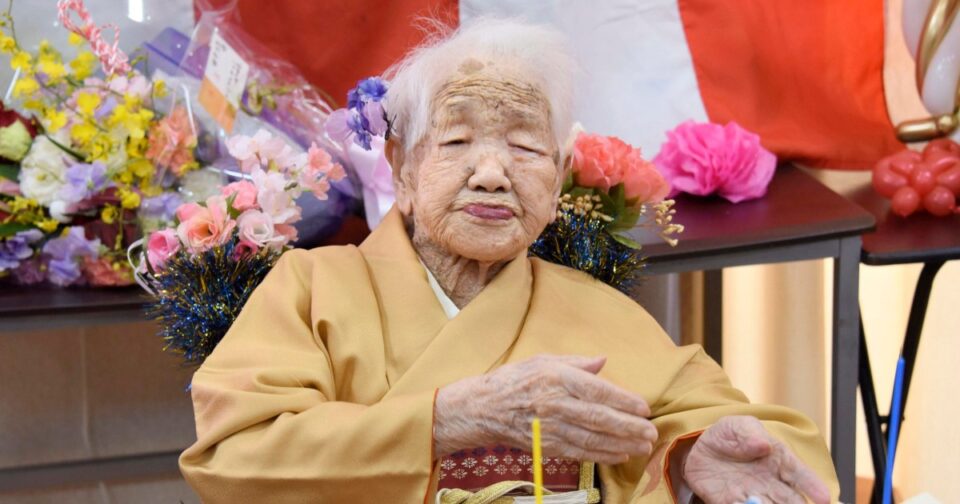 The woman who held the record for the oldest living person has died at the age of 119, according to Guinness World Records.

On April 13, Tanaka’s family tweeted that she had recently been “hospitalized and discharged repeatedly.”

“I was able to come this far with the support of many people. I hope you will continue to have fun, [and be] cheerful and energetic,” she had said, according to a tweet from her family.

Tanaka was confirmed as the oldest living person on March 9, 2019.

A Guinness World Records profile of her at the time said she was born prematurely on Jan. 2, 1903.

She raised five children and helped run a family business, which made and sold sticky rice, Udon noodles and desserts.

Guinness World Records reported that she woke up at 6 a.m. and spent her days studying math and playing Othello. She also had a sweet tooth, which her family said persisted through her final days, with requests for chocolate and cola.

Kane had survived colorectal cancer, and was living in a rest home. She was supposed to be one of the torchbearers for the Tokyo 2020 Olympic Torch Relay, but her participation was canceled because of the pandemic.

The previous oldest living person was another Japanese woman, Chiyo Miyako, who died at age 117. The oldest person prior to Miyako was also Japanese.

The title of the oldest person ever belongs to Jeanne Louise Calment, a French woman who lived until she was 122 years and 164 days and died in 1997.