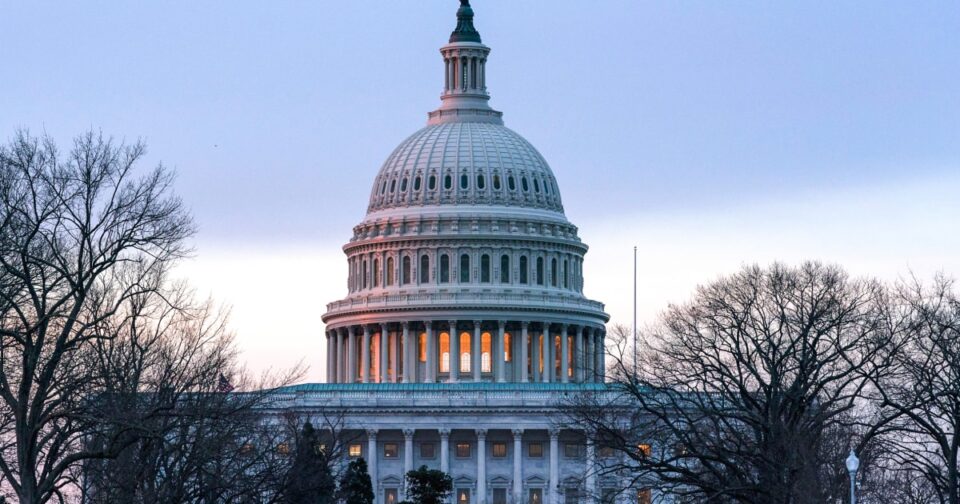 WASHINGTON — A bipartisan Senate group exploring new bills to prevent stolen elections plans to meet Tuesday to discuss a path after a two-week congressional recess, members of the group said.

The effort, which began months ago and has taken place behind the scenes, is centered on changing the 1887 Electoral Count Act, which associates of former President Donald Trump sought to exploit to overturn his defeat in the 2020 election.

“We’ve reached consensus on some of the key issues, such as the role of the vice president, to have language making clear that it’s ministerial; increasing the threshold in both the House and the Senate that is necessary to trigger a challenge; and some issues involving the transition period. And a few other issues,” Sen. Susan Collins, R-Maine, said Monday afternoon.

Collins said that while they are on the same page for certain parts of election law, some issues still need to be resolved.

“There are many difficult issues that remain,” she said, adding that “some in our group” want to include voting rights provisions. “I would much prefer that we keep this focus on the ECA. It’s 135 years old. It was a source of confusion and ambiguity on Jan. 6. And we need to take care of it.”

The group plans to meet after a series of recent revelations and unearthed text messages demonstrated the scope of the failed plot to keep Trump in power after he lost the election. Experts and lawmakers have described the scheme as a threat to U.S. democracy, with some warning that the steps taken after the 2020 election could succeed in the future without new laws.

Sen. Joe Manchin, D-W.Va., a member of the group, confirmed the coming meeting and said he wants to pass a law this year to protect elections.

“I sure hope so,” Manchin said when he was asked whether he believes a bill will make it to President Joe Biden’s desk this year. “If it doesn’t, we’re in trouble.”

Sen. Thom Tillis, R-N.C., said “things look pretty good” for consensus on modernizing the Electoral Count Act and presidential transition provisions. “Still working on a few issues,” he said. “It’s moving in the right direction, and people are coming to the meetings and negotiating in good faith.”

“We’ve got some sticking points,” he said.

Sen. Mitt Romney, R-Utah, said in an interview that the group has encountered some challenges.

“It’s just far more complex than it would seem at the outset, in that everything you change has implications on other elements in the process,” he said. “So we’re working with attorneys and with a parliamentarian to get their input and suggestions.”

“There’s not an urgency to get this done immediately, because it would really only begin to play in 2024,” he said.

Still, Romney said he thinks the effort can succeed this year.

Another Republican insisted that to succeed, any bill would have to be limited in scope and exclude provisions involving the Voting Rights Act and other ballot access measures.

“We need a deeper dive on some of the things,” said Sen. Shelley Moore Capito, R-W.Va. “I don’t think we’ve made much progress over the last two weeks.”

Asked whether they have a chance to pass a bill this year, Capito said: “I think we do. But it’s going to have to be a narrow bill to get it done.”

Numerous lawmakers say Congress must pass legislation this year or the effort could fade away in 2023, particularly with a Trump-aligned cohort of Republicans historically favored to capture control of the House in the November midterm elections.

Sen. Jeanne Shaheen, D-N.H., said the group has not “developed a timeline, because I think we’re trying to take up one issue at a time.”

“We want to see what we can agree on, and hopefully we can move forward on that. I would hope that whatever we agree on we can vote on this year,” she said. “Now, we may not be able to agree on broader issues than just what’s in the Electoral Count Act. But if we reach agreement, I hope we can vote on that.”

Lawmakers are seeking to overhaul elections after Democrats failed to pass sweeping voting rights legislation, stymied by a Republican-led filibuster and a 60-vote requirement in the evenly divided Senate. Democrats nonetheless argue that a more limited bill to prevent stolen elections is important.