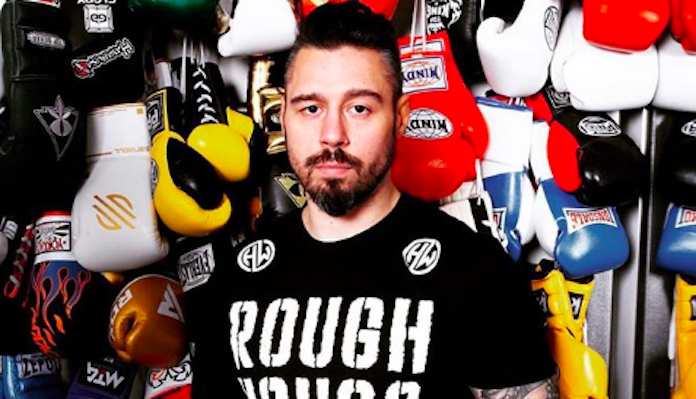 ‘The Outlaw’ was a fan favorite during his run in the UFC from 2008 to 2013. His run in the cage came to an end following his diagnosis of Wolff-Parkinson-White syndrome. However, in 2018, he announced that he was cleared to return to competition.

Despite hopes that he would return to the UFC, Hardy was released from the promotion in 2021. He had previously run into issues with the promotion during his time as a commentator. Most notably, he got into an argument with referee Herb Dean at a fight night event in July 2020.

The 39-year-old is finally now set for his return to fighting. Instead of it taking place in a cage, he’s set to take on fellow UFC veteran Diego Sanchez in a boxing match. He’s now discussed his decision to box, and how the matchup came to be.

“The option was put to a few people, and Diego was the one who accepted. Eagle FC has released him to do an exhibition match. I’m appreciative of that, and I think it’s a good one. Diego has been active, he’s fought a bunch of times since I last fought, he fought recently as well and I thought he looked good against Kevin Lee. I’ve been out ten years, so it makes sense for me to is going to push me. But, I’m not throwing myself in the deep end.”

Dan Hardy continued, “I mean obviously, someone like Anderson Silva would be a dream matchup. Especially, in boxing. But, I need to dust my gloves off first and I think Diego is a good first matchup… We were chasing the Tyron Woodley fight, that was the fight they wanted on this card. Because of the tension and the animosity and the storyline that developed around it. But, Tyron just wasn’t interested.”

What do you think about Dan Hardy returning to boxing?

This article appeared first on BJPENN.COM

Which muscles does spinning work?