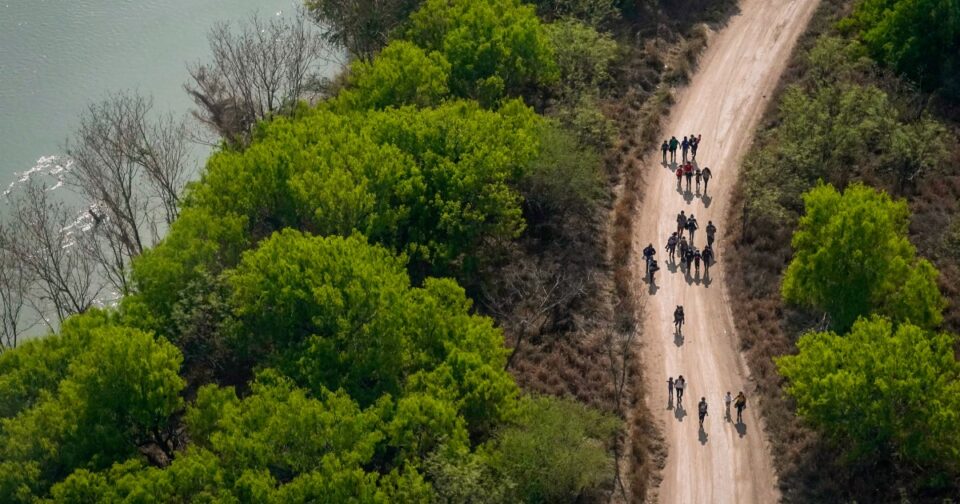 A federal judge said Monday he intends to temporarily block the Biden administration from lifting the coronavirus border restriction known as Title 42.

It would be a victory for Republican-led states and some led by Democrats that sued to keep the immigration policy, which was initiated in the Trump administration.

U.S. District Judge Robert R. Summerhays of the Western District of Louisiana announced his intention to grant the motion in a virtual status conference Monday.

“This is a huge victory for border security, but the fight continues on,” he wrote.

Homeland Security Secretary Alejandro Mayorkas announced this month that the administration would lift the Title 42 restrictions on May 23, allowing families and single adult asylum-seekers who had been turned away at the U.S.-Mexico border during the pandemic to enter the U.S. and make asylum claims.

NBC News has reached out to the Department of Homeland Security for comment on the judge’s remarks.

The lawsuit was filed this month by Missouri, Louisiana and Arizona. Alaska, Kansas, Kentucky, Wyoming and other states later signed on in support.

The attorneys general of the three Democratic-led states that signed on to the lawsuit are Republicans.

The lawsuit opposes the Biden administration’s winding down Title 42 “before its May 23 effective date.” It’s not clear whether the judge’s order, when he eventually publishes it, will stop the administration from lifting Title 42 on May 23 or just prevent it from acting before its planned deadline. The parties in the case are scheduled to confer about the specifics to reach a consensus.

The public health rule has allowed the federal government to quickly expel immigrants and asylum-seekers since March 2020. It has prevented more than 1.7 million attempts to cross the U.S. border.

After they met with President Joe Biden at the White House on Monday, members of the Congressional Hispanic Caucus blasted the temporary restraining order.

Before the judge’s announcement, White House press secretary Jen Psaki said the Biden administration intended to move ahead with implementation, citing a “multipart strategy that Secretary Mayorkas has been leading and overseeing for the past several months.”

The Biden administration has come under fire from Republicans and immigration advocates alike over its handling of the Trump-era rule.

At least a dozen Democrats in pivotal races this year have opposed the planned policy change, arguing that lifting it would increase migration, potentially overwhelm the immigration system and lead to national security risks.

The Biden administration and its allies have maintained that removing the rule would simply mean a return to pre-pandemic policies, arguing that migrants would continue to be removed unless they are able to “establish a legal basis to remain” in the U.S.

Why these Russian soldier rape accusations sound so familiar