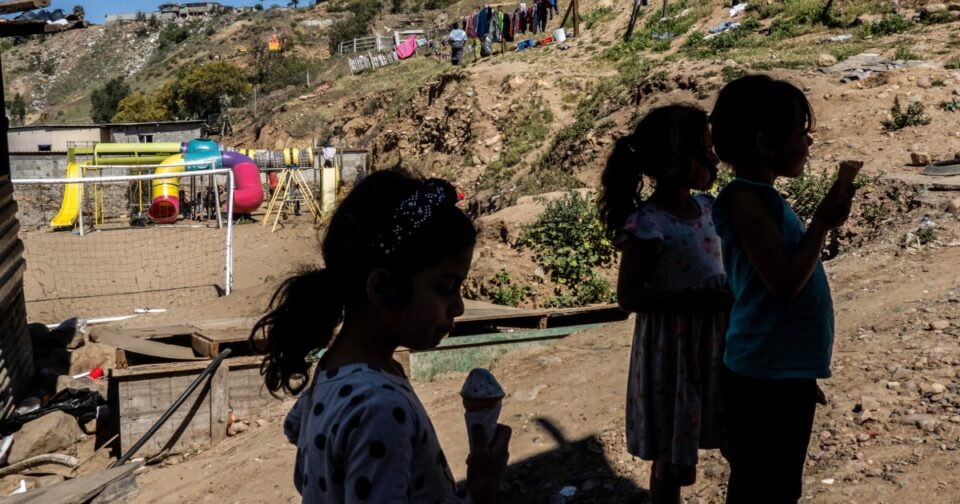 The Supreme Court on Tuesday takes up President Joe Biden’s efforts to shut down a Trump administration program to restrict immigration at the southern border.

The justices will hear courtroom arguments on whether the Biden administration acted properly in trying to end the “remain in Mexico” policy, formally known as the Migrant Protection Protocols. It requires people seeking asylum at the southern border, mainly from Central and South America, to wait in Mexico while their claims are decided.

From late January 2019 until Biden suspended the program, nearly 70,000 people were shuttled back to Mexico. Tent cities sprang up in Mexico near border-entry stations, and human rights groups said hundreds of asylum-seekers were kidnapped, raped, tortured and assaulted while waiting to get into the U.S.

Immediately after taking office, Biden began trying to end the program. In addition to the dangerous conditions along the border, he cited the difficulty immigrants faced in getting help from lawyers in the U.S. and the complications it produced in America’s foreign policy dealings with Mexico.

He quickly shut it down, but Texas and Mississippi sued. They said the Trump-era program vastly reduced the surge of immigrants at the border, decreasing the number coming from El Salvador, Guatemala and Honduras by 80 percent. A federal district court judge in Texas ruled for the states, ordering the administration to reimpose the program, and an appeals court and the U.S. Supreme Court declined to block the ruling, so the program was put back in force.

The trial judge said the Biden Department of Homeland Security failed to offer a sufficiently detailed explanation for why it wanted to abandon the policy. And he said federal law requires the government to send asylum-seekers back to Mexico if there’s no room to detain them and if they cannot safely be allowed to wait in the U.S. for their claims to be evaluated.

Urging the Supreme Court to reverse the lower court rulings, the Justice Department said the law gives the government the discretion to return immigrants to Mexico to wait or, on a case-by-case basis, let them wait inside the U.S. if they would not present a danger. There simply isn’t enough space, given limited funds provided by Congress, to detain them all, government lawyers said.

The federal government “has long exercised discretion to choose how best to allocate limited resources by prioritizing which noncitizens to take into custody and remove,” they told the justices.

As the court considers the future of the program, another move by the Biden administration to end a Trump-era immigration restriction is generating headlines and concern from Congress. The Biden administration is considering a plan to lift a public health order that prevented migrants and asylum-seekers from entering the U.S. because of concerns about Covid.

The Trump-era public health order was put in place in early 2020 and prevented migrants and asylum-seekers from crossing the border into the U.S. because of the pandemic. The Centers for Disease Control and Prevention said in early April that it was no longer necessary to safeguard public health.

Whatever the Supreme Court says about the remain-in-Mexico policy when it rules by late June, a new round of court battles over relaxing the Covid border restriction is likely to follow.

Biden to grant clemency to 78 people, including pardon for former Secret Service agent