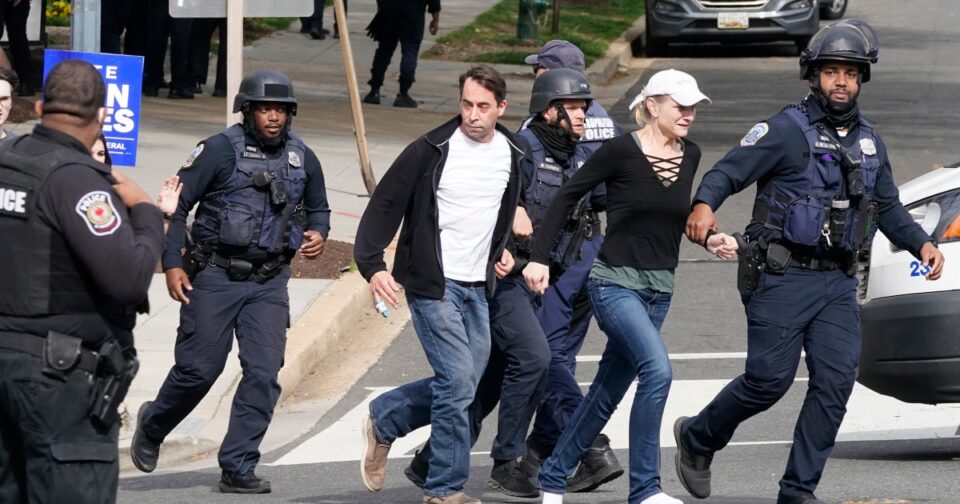 A suspected gunman who injured four people when he “indiscriminately” opened fire from a fifth-floor apartment in Washington, D.C., last week had three fully automatic rifles and shot more than 200 rounds of ammunition, authorities said Monday.

The suspect, Raymond Spencer, 23, is alleged to have had 800 more unspent rounds and three more firearms, including two handguns, at his apartment in the city’s Van Ness neighborhood, Metropolitan Police Chief Robert Contee said at a public safety briefing.

Spencer is alleged to have set up a hallway camera to monitor people approaching the unit, Contee said, adding that an appliance was wedged against the home’s front door to slow anyone trying to enter.

Police had to ram the apartment’s front door to open it, Contee said.

Authorities believe Spencer, who had been identified as a person of interest in the case, died by a self-inflicted gunshot wound as officers were entering his apartment Friday, Contee said.

Authorities previously said Spencer used a tripod and a “sniper-type set up” to open fire.

A 12-year-old girl was shot in the arm, and a woman in her mid-30s and a 54-year-old man were also hit, police said. A woman in her mid-60s with a graze wound to her upper back was treated at the scene and released.

Contee said investigators were trying to determine a motive. It wasn’t clear whether the shooting was connected to a nearby prep school, Edmund Burke, that was placed on lockdown during the shooting.

Security video captured Spencer rolling a suitcase into the Washington apartment the night before the shooting, Contee said. A few hours before he is alleged to have opened fire, Spencer went to a grocery store and bought two meals, he added.

Contee said Spencer was a former lifeguard who attended high school in suburban Maryland. He was in the Coast Guard for a few months in 2017, Contee said.

It wasn’t immediately clear why Spencer was discharged. The Coast Guard didn’t immediately respond to a request for comment. Contee also said it also wasn’t clear how he was able to rent two apartments or buy guns and ammunition.

“There are a lot of things we need to know that we don’t know,” he said.