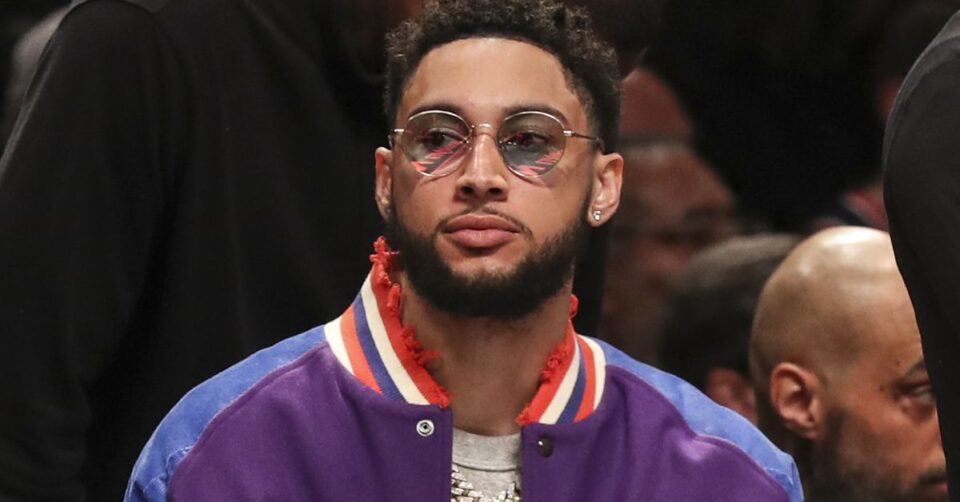 The 2021-2022 NBA season has ended for Ben Simmons without the three-time All-Star playing a second of basketball. That fact became official as the Brooklyn Nets were swept out of the first round of the 2022 NBA Playoffs by the Boston Celtics on Monday, ending an incredibly bizarre season for both the franchise and Simmons.

The Nets acquired Simmons on Feb. 10 from the Philadelphia 76ers as the headliner in a blockbuster trade for James Harden. Simmons had requested a trade in the offseason and held out until he was sent to a new team. Simmons still didn’t take the court when he was traded to the Nets, citing a back injury and mental health struggles stemming from his disappointing playoff performance for the Sixers last season.

The Sixers withheld nearly $20 million in salary from Simmons for failing to fulfill the terms of his contract. Simmons filed a grievance to recoup the money. It’s hard to find a precedent for a 25-year-old All-Star choosing to sit out the entire year because they weren’t happy with their situation, and it leaves major questions about Simmons’ future now that the season is over.

There were reports that Simmons was considering making his season debut in the playoffs. After the Nets went down 3-0 in the series, Simmons reported soreness in his back and sat out Brooklyn’s final loss. Before Game 4, ESPN’s Stephen A. Smith ripped Simmons for a long history of quitting on his teams dating back to his college days.

“I feel bad for anybody who was his teammate,” Smith said of the Simmons situation during halftime of Sunday’s Golden State-Denver game. “He quit on LSU. He quit on the Philadelphia 76ers. And now, he ain’t showing up for the Brooklyn Nets. We can point to all the excuses, all the rationale behind it that we want to. I do recall, despite him not playing, he still filed a grievance to collect $20 million that he has not earned.

There’s plenty of context for Smith’s comment. Here’s Simmons’ history with LSU, the Australian national team, the Sixers, and Nets.

Ben Simmons’ competitiveness was questioned at LSU
Simmons was widely considered the No. 1 recruit in the country after coming over from his native Australia to Florida prep powerhouse Montverde Academy early in his high school career. Simmons committed to the LSU Tigers in part because his godfather David Patrick was an assistant coach with the program. While Simmons’ LSU team had top-25 hype in the preseason, they ultimately failed to make the NCAA tournament by going 19-14 on the year.

Simmons had a productive and decorated year with the Tigers, averaging 19.2 points, 11 rebounds, and 4.8 assists per game on the season while being named SEC Freshman of the Year, First-Team All-SEC, and a First-Team All-American. His play just didn’t help LSU win as much as they were expected to. After the Tigers lost to the Texas A&M, 71-38, the SEC tournament, Simmons declared for the draft.

Simmons was openly critical of the NCAA’s exploitative system during his season in college. NBA scouting reports from Jon Givony of DraftExpress questioned Simmons’ competitive makeup during the pre-draft process.

Here’s what Givony wrote for Yahoo! Sports ahead of the 2016 NBA Draft:

1. Simmons’ lack of competitiveness in some crucial games has raised questions about his character as a basketball player. While many top picks succumb to the NBA star lifestyle and emerge as average competitors, it’s rare to see that at the collegiate level. From Blake Griffin to Michael Beasley to Carmelo Anthony, those elite college players were rarely questioned about their drive during their collegiate careers. Simmons has displayed an apathy for defense, contact and delivering winning plays in crucial moments. Those troubling revelations in Simmons’ game are cause for concern among decision-makers on lottery teams with whom we’ve had contact.

Simmons of course quickly became an elite NBA defender — he finished second in Defensive Player of the Year voting in 2021 — but the pre-draft criticism is certainly prescient in hindsight.

Simmons was still selected No. 1 overall by the Philadelphia 76ers ahead of Brandon Ingram and Jaylen Brown.

Simmons expressed interest in playing for Australia at the 2016 Olympics but decided against it to focus on his rookie season in the NBA. Simmons said he’d play for Australia in the 2019 FIBA World Cup before dropping out at the last second. Simmons again expressed interested playing for his home country for the 2020 Tokyo Olympics (played in 2021 because of the pandemic) but again dropped out as the team headed to training camp.

Simmons chose not to play for the 76ers after 2021 playoff collapse
Simmons had a damn good year for the Sixers in 2020-21 before the playoffs started. He was named an All-Star for the third time in his four active seasons, was named First-Team All-Defense, and finished second in Defensive Player of the Year voting behind Rudy Gobert.

Simmons had a good series in the first round of the 2021 playoffs against the Washington Wizards as Philly advanced in five games. Then the Sixers played the Atlanta Hawks in a series they were expected to win. Instead, Philadelphia lost in seven games with Simmons receiving much of the blame for his poor play.

Simmons refused to shoot the ball late in games, and shot only 32.7 percent from the foul line. He famously passed up a wide open dunk late in Game 7. Head coach Doc Rivers and superstar center Joel Embiid more or less threw Simmons under the bus following Game 7, and that was reportedly a big reason for his offseason trade demand.

The Sixers refused to trade Simmons until a superstar became available. Simmons held out of training camp and cited mental health issues as the reason he wouldn’t put on a Sixers uniform again. Philly finally traded Simmons in Feb. when the Nets agreed to deal Harden for a package headlined by Simmons. Brooklyn was hopeful Simmons would suit up after the trade, but it never happened.

There were reports that Simmons was set to debut for the Nets during the playoffs, but once Brooklyn went down 0-2 and 0-3 in the series, he chose to stay on the sidelines. Woj reported Simmons wouldn’t play in the Nets’ final game a day before Game 4.

ESPN Sources: The Nets and Ben Simmons expected he would be ready to play on Monday, but after getting on the court yesterday Simmons says he awoke with back soreness today. In the end, the team and Simmons agreed he’ll remain out for Game 4.

The Nets were reportedly ‘exasperated’ at Simmons choosing not to play in Game 4 after hinting at his return, according to ESPN’s Brian Windhorst.

When I checked it out and talked to people involved, they were exasperated.

They were just like, “He woke up, and his back hurt, and he wasn’t able to play.” And there wasn’t much more to say.

Simmons said his back injury could be tied to his poor mental health:

According to sources, Simmons told those in the room that a mental block exists for him, dating in part to last summer’s postseason, which is creating stress that could serve as a trigger point for his back issues.

The expectation will be for Simmons to be a full-time player next year. The Nets could keep him to boost the defense and playmaking around Kevin Durant and Kyrie Irving, or they could look to trade him for a more reliable player.

Simmons is certainly an All-Star caliber player even if he isn’t an A-list superstar. It will be fascinating to monitor his career from here after such a strange season.