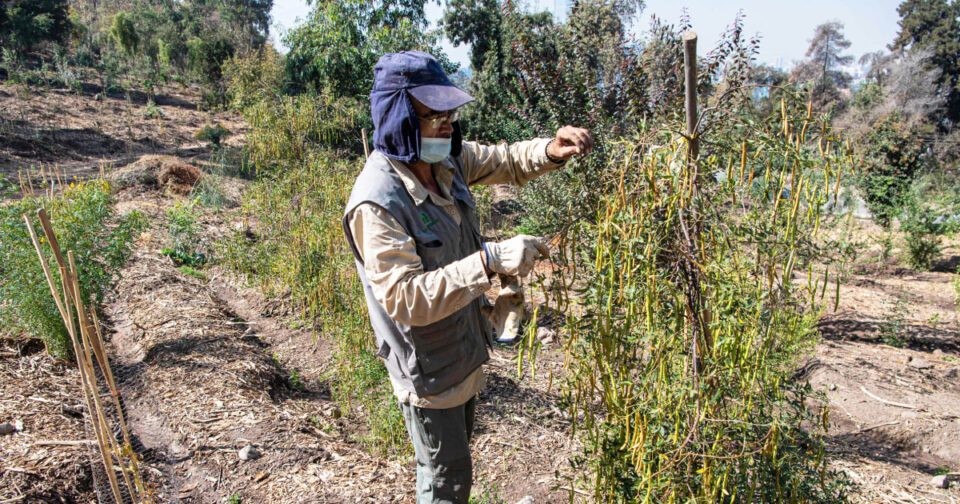 SANTIAGO — In Chile’s capital Santiago, grass is becoming a rare luxury amid a decade-long drought that has forced the city to roll out emergency measures to limit water use and led local authorities and landscapers to replace lush green plants with desert flora.

The changing face of the city of some 6 million people underscores how the Andean country, a major copper and food producer, is having to adapt to a shifting and drier climate with an extended period of drought now in its thirteenth year.

“Santiago’s landscaping is from years ago, designed for a Mediterranean climate. Now we are in a semi-desert climate,” Valentina Vega, head of green areas in the city’s up-market district of Providencia, told Reuters. “We can’t waste all that water any more.”

Chile earlier this month announced a plan to ration water in the capital, unprecedented in the city’s nearly 500-year history, with a four-tier alert system including water pressure restrictions going up to rotating water cuts.

In Vega’s municipality, the local government plans to transform spaces alongside roads and highways from green spaces into sustainable gardens with plants that consume little water and use drip irrigation.

“This saves almost 90% of water compared to traditional landscaping,” she added.

The city is also divided. Wealthy areas have more green meadows and leafy tree-lined avenues, which are little seen in less-affluent boroughs. But everyone is making changes, incorporating native vegetation and modernized irrigation to avoid waste.

Economics student Aracely Rodriguez, 26, lives in Pudahuel, a lower-middle-class area in the northwest of Santiago.

“Where I live there are no parks or green areas nearby, there is not much to water,” Rodriguez said. “We try to take care of the water. We have a conscience.”

Rodrigo Fuster, an expert in water management from the University of Chile, said people needed to adapt their water use given the drier climate with less rainfall and snow in the nearby Andes, which has reduced river flow into the city.

“There is a lot of room to reduce water consumption,” Fuster said. “In a city like Santiago, with a semi-arid climate that is getting worse, it is unacceptable that we have grass and use water as if we were in London.”

In Santiago’s important metropolitan park, canals that carry water from the Maipo and Mapocho rivers to the park are 80% lower than normal. Park officials have fixed leaks, updated irrigation systems and developed “native nuclei” forests with trees better adapted for drier climates.

“The drought hits us all,” said Eduardo Villalobos, deputy director of the park, adding that people needed a “paradigm shift” in their daily habits to help save water.

In the park and others across Santiago, a combined five hectares of grass area has already been replaced, he said. This saves 300,000 liters of water in each watering cycle.

Residents were divided about the changes. Some said the new landscaping in places looked just like a pile of rocks, but others said it needed time and could also be beautiful.

Dina Robles pointed to a sustainable garden in front of her house full of bushes, colorful flowers and little foxtails that were swaying in the afternoon breeze with the fragrance of mint and rosemary from plants nearby.

“A neighbor told me she regretted the change, that they had been promised flowers and there were only stones,” Robles said with a laugh, adding that it took three months for the plants near house to bloom.

“Then it all exploded in shades of violet and blue. It’s very beautiful,” she said.

Under Musk, some fear Twitter’s moderation progress could unravel

‘Blood moon’ puts on lunar display across parts of Americas, Europe and Africa