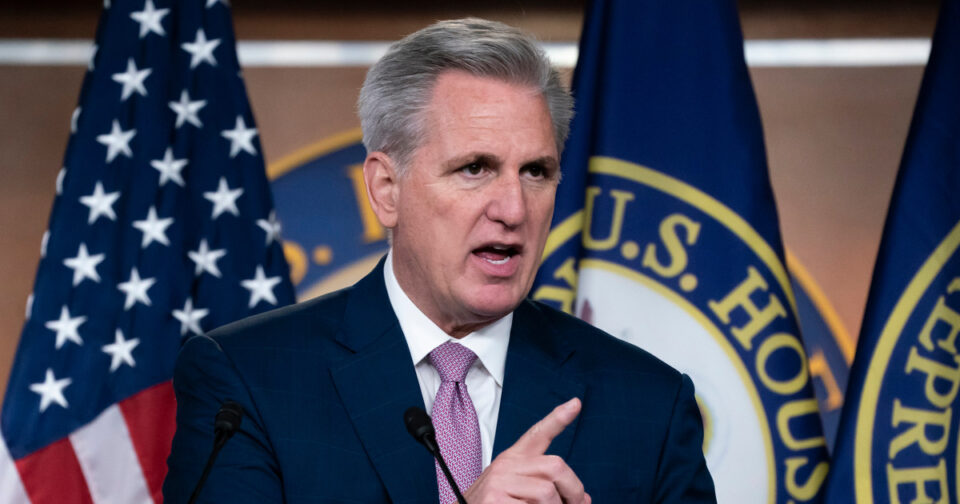 House Minority Leader Kevin McCarthy, R-Calif., feared that remarks by fellow Republican lawmakers could jeopardize the safety of other GOP members of Congress after the Jan. 6 riot, according to new audio recordings from just days after the attack on the Capitol.

The recordings from a Jan. 10, 2021, call obtained by The New York Times shine a new light on the intensity of McCarthy’s private concerns about members of his own caucus at a time when his public appearances downplayed those worries.

In the newly released audio, McCarthy and House Minority Whip Steve Scalise, R-La., name several Republicans in Congress whom they saw as potential threats to other GOP lawmakers.

Both McCarthy and Scalise can be heard at one point raising concerns about Republican Reps. Mo Brooks of Alabama, who spoke at a rally on Jan. 6 before the riot, and Matt Gaetz of Florida.

“He’s putting people in jeopardy,” McCarthy said of Gaetz, who had criticized Rep. Liz Cheney, R-Wyo., on TV after the riot. “And he doesn’t need to be doing this. We saw what people would do in the Capitol, you know, and these people came prepared with rope, with everything else.”

McCarthy was also critical of Brooks, who told a pro-Trump crowd on Jan. 6 that “today is the day American patriots start taking down names and kicking ass.”

In the tapes, McCarthy suggested that Brooks’ comments were “almost something that goes further than what the president said.”

While Gaetz and Brooks appeared to be the focal points of McCarthy and Scalise’s discussions, they also raised concerns about Reps. Lauren Boebert of Colorado, Barry Moore of Alabama and Louie Gohmert of Texas.

McCarthy’s remarks on the tapes are the latest in a string of leaks, including text messages, from the period after the November 2020 election and the days surrounding the Jan. 6 riot. In a previous recording, McCarthy said former President Donald Trump was responsible for the violence on Jan. 6 and that he would advise the president to resign.

The new tapes are likely to pose yet another challenge for McCarthy in his ambitions to be House speaker if Republicans win control of the chamber in the November midterm elections, because he would need the support of his caucus to hold the top post. Scalise, the No. 2 House Republican, is also seen as a contender for speaker.

Following the New York Times article, Gaetz blasted McCarthy and Scalise in a statement, saying the two GOP leaders “disparage Trump and the Republicans in Congress who fight for him.”

“This is the behavior of weak men, not leaders,” he said.

Later Tuesday, Fox News personality Tucker Carlson said on his show that Republicans needed to act quickly to stop McCarthy from seizing the speaker’s gavel to avoid having a “Republican Congress led by a puppet of the Democratic Party.”

NBC News has reached out to McCarthy and Scalise for comment.

Suspects in infant’s kidnapping in California may have link to boy’s family, police say