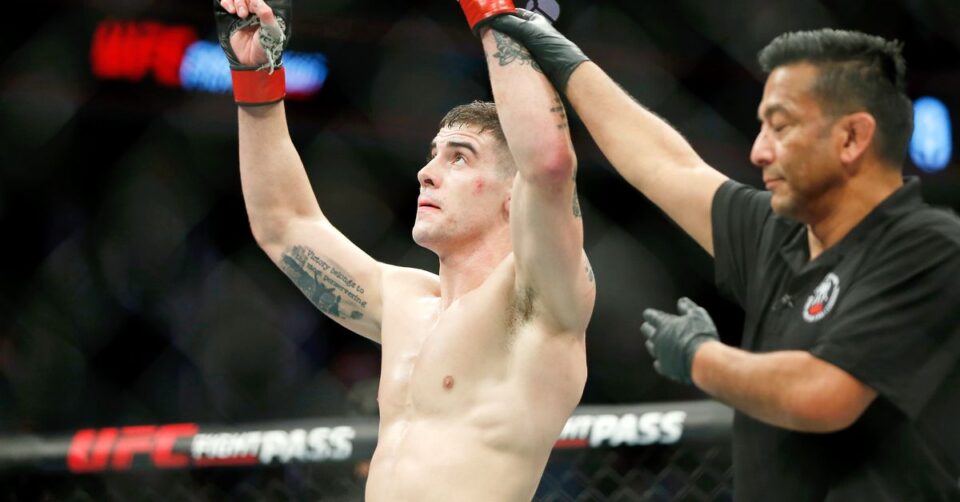 A lightweight showdown between Joe Solecki and Alex da Silva is on for UFC’s upcoming Fight Night show on June 4, multiple people with knowledge of the booking told MMA Fighting on Tuesday.

The card will be headlined by heavyweights Alexander Volkov and Jairzinho Rozenstruik at a yet-to-be-determined location.

Solecki (11-3) makes his return to the UFC eight months after suffering his first setback inside the octagon, a split decision defeat to Jared Gordon in Las Vegas. Solecki was 3-0 in the UFC prior to the defeat, beating Jim Miller, Austin Hubbard and Matt Wiman.

The 28-year-old competed twice under grappling rules this past December, going the distance in a draw against UFC middleweight Gregory Rodrigues and submitting longtime MMA veteran Donald Cerrone two weeks later, tapping him with a rear-naked choke.

“Leko” da Silva (21-3) hasn’t fought since a decision loss to Brad Riddell in September 2020. The Brazilian lightweight was expected to meet Devonte Smith in February 2021 but withdrew from the card due to undisclosed reasons. Da Silva’s sole UFC victory, a decision over Rodrigo Vargas in 2019, is sandwiched between defeats to Alexander Yakovlev and Brad Riddell.

Mike Heck contributed to this report.

Don’t Pack for Your Next Vacation Without Watching This