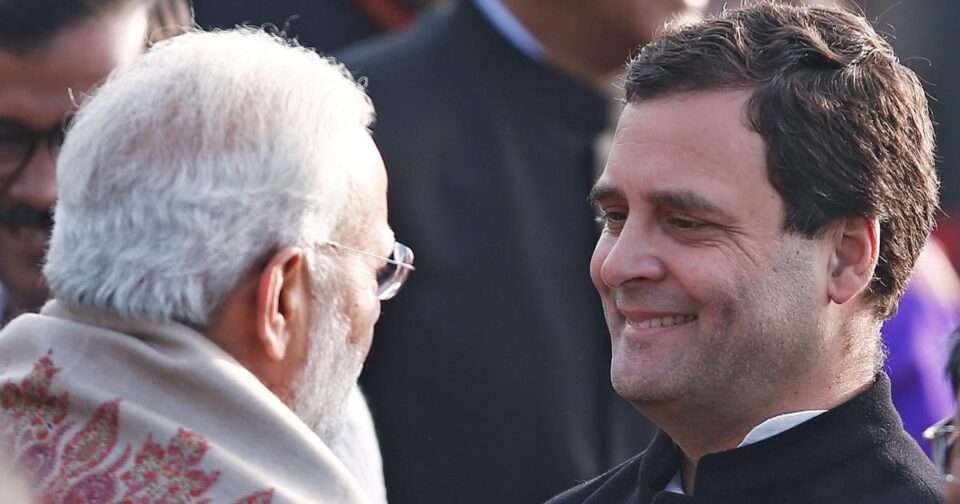 In a tweet referring to various problems like joblessness and the difficulty in doing business, he seemed to criticise the Modi government’s inability to control an apparent hate campaign against religious minorities.

“Hate-in-India and Make-in-India can’t coexist,” Gandhi said in the tweet. The Congress leader shared a meme showing global brands that had left India since 2017.

In recent months, India’s right-wing Hindus have launched multiple campaigns—often violent— against religious minorities, targeting their food, dressing, and other practices. They have sought bans on loudspeakers at mosques, the headcover worn by Muslim women, and the practice of halal.

Processions and protests aimed at these practices have often resulted in violence in various parts of the country, besides court cases and several arrests. A number of Hindu right-wing supporters have also been caught on camera, indulging in hate speeches and calling for violence and rape.

Prime minister Modi, whose sway over his supporters remains unquestioned, has, however, seemingly soft-pedalled the matter till now. This “inaction” has come in for much criticism.

“Your silence, in the face of this enormous societal threat, is deafening,” the letter said.

Gandhi has now sought to connect all this to India’s economic deterioration itself.

The Congress leader has been constantly targetting the Modi government over the job situation in India. Yesterday, he said over 450 million Indians had lost their jobs due to Modi’s “masterstrokes.”

“New India’s new slogan—har ghar berozegaari, ghar ghar berozegaari [there is unemployment in every household], ” Gandhi tweeted in Hindi. He also shared the screenshot of a news report that said 20 million jobs were lost in the past five years.

Gandhi cited data from a private research organisation, the Centre for Monitoring Indian Economy, which had, earlier this week, apparently showed that the country was witnessing a rapid increase in the number of people who are not even looking for jobs. These people, the data implied, were frustrated at not being able to find the right kind of employment.

Lamenting Musk’s Twitter takeover is to hate the player, not the game

Don’t Pack for Your Next Vacation Without Watching This