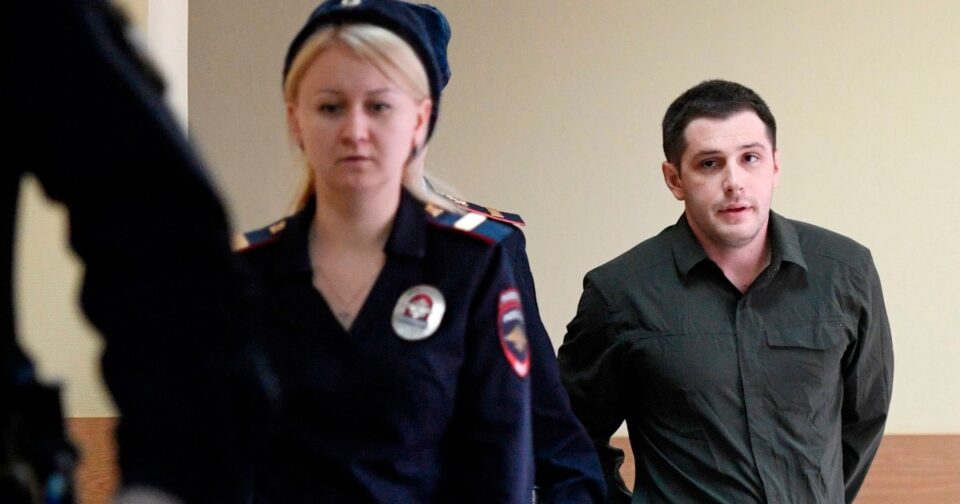 Russia has released former Marine Trevor Reed in a prisoner exchange with the U.S., his family and officials said Wednesday.

“Today, our prayers have been answered and Trevor is safely on his way back to the United States,” his parents, Joey and Paula, and his sister, Taylor, said in a statement.

They added Reed, 30, will “tell his own story” when he is ready before asking for privacy to address “the myriad of health issues brought on by the squalid conditions he was subjected to in his Russian gulag.”

The exchange between Russia and the U.S. unfolded Wednesday, trading Reed, who was jailed in Moscow, for convicted Russian drug trafficker Konstantin Yaroshenko, who was sentenced to 20 years in prison in the U.S. in 2010.

The swap took place “as a result of a long negotiation process,” Maria Zakharova, a spokesperson for Russia’s Ministry of Foreign Affairs, said on her verified Telegram channel.

The surprise deal would have been a notable diplomatic maneuver even in times of peace, but it was all the more extraordinary because it was done as Russia’s war with Ukraine has driven relations with the U.S. to their lowest point in decades.

“Today, we welcome home Trevor Reed and celebrate his return to the family that missed him dearly,” President Joe Biden said in a statement Wednesday morning.

“The negotiations that allowed us to bring Trevor home required difficult decisions that I do not take lightly,” he said. “His safe return is a testament to the priority my Administration places on bringing home Americans held hostage and wrongfully detained abroad.”

Biden praised the work of Special Presidential Envoy for Hostage Affairs Roger Carstens and U.S. Ambassador to the Russian Federation John Sullivan for their work in helping Reed return.

Reed was arrested in the summer of 2019 after Russian authorities said he assaulted an officer while being driven to a police station following a night of heavy drinking. Reed was later sentenced to nine years in prison, though his family has maintained his innocence and the U.S. government has described him as unjustly detained.

Yaroshenko, a Russian pilot, was arrested in Liberia in 2010 and extradited to the U.S. before he was ultimately sentenced for conspiracy to smuggle cocaine. He was accused of using his pilot skills in exchange for millions of dollars to help distribute cocaine, according to Justice Department filings.

Russia had sought his return for years while also rejecting entreaties by high-level U.S. officials to release Reed, who was nearing his 1,000th day in custody and whose health had recently been worsening, according to his family.

The two prisoners were swapped in a European country. Officials did not say where the transfer took place. However, hours before the swap, commercial flight trackers identified a plane belonging to Russia’s federal security service as flying to Ankara, Turkey.

In the deal, Biden commuted Yaroshenko’s 20-year federal prison sentence, his lawyer confirmed to NBC News. He had served a little over half his sentence and is now in Russian custody.

His lawyer said that he has been a model inmate and “simply wishes to live a quiet life.”

Carstens met with Reed upon his release, according to senior administration officials, who added he spoke to his family and was “in good spirits.”

The prisoner swap marks the highest-profile release during the Biden administration of an American deemed wrongly detained abroad and comes even as families of detainees who have met over the last year with administration officials had described them as cool to the idea of an exchange.

In their statement, the Reed family thanked Biden “for making the decision to bring Trevor home” as well as other administration officials and Bill Richardson, the former U.S. ambassador to the United Nations whom the family said traveled to Moscow in the hours before the Ukraine war began in hopes of securing Reed’s release.

Reed was one of several Americans known to be held by Russia, including WNBA star Brittney Griner, who was detained in February after authorities said a search of her bag revealed a cannabis derivative, and Michigan corporate security executive Paul Whelan, who is being held on espionage-related charges his family says are bogus. It was unclear what if any impact Wednesday’s action might have on their cases.

In Biden’s statement, he mentioned the continued effort to bring Whelan home.

“We won’t stop until Paul Whelan and others join Trevor in the loving arms of family and friends,” he said.

Paul Whelan’s twin, David, questioned when freedom will come for their family, noting his brother has served over three years in Russian custody.

“Our family is full of happiness for the Reeds. … It’s the event that we hope for so much in our own lives,” David Whelan said in a statement to NBC News. “Trevor is free. Paul remains a hostage. You can imagine that today is one of varied emotions in our family.”

He added time is not on his brother’s side.

“Our parents are literally not getting any younger. Our hope remains that Paul will be home so they may see him once more. But each day that hope dims,” he continued.

“On this day when my twin brother continues to suffer a gross injustice in Russia and another American is freed from injustice, I am confident President Biden cares and his team is making an effort. Unfortunately, that wasn’t enough for Paul.”

Joey and Paula Reed said on MSNBC that they floated the idea of a prisoner exchange to bring Reed home during a meeting with Biden on March 31.

“He doesn’t want to get our hopes up. But he did,” Joey Reed said of Biden to host Hallie Jackson after the meeting. “The fact that he listened to us, and that has to have influenced him, and we’re hoping that’ll be to bring our son and the other Americans home.”

Reed has always maintained his innocence, refusing to admit guilt during closing arguments of his Russian trial in 2020.

“I think it would be unethical and immoral to plead guilty to a crime I didn’t commit,” he said on the eve of the trial’s verdict. “If I am going to be given a prison sentence, I’d rather stay in prison than walk free tomorrow a liar and a coward.”