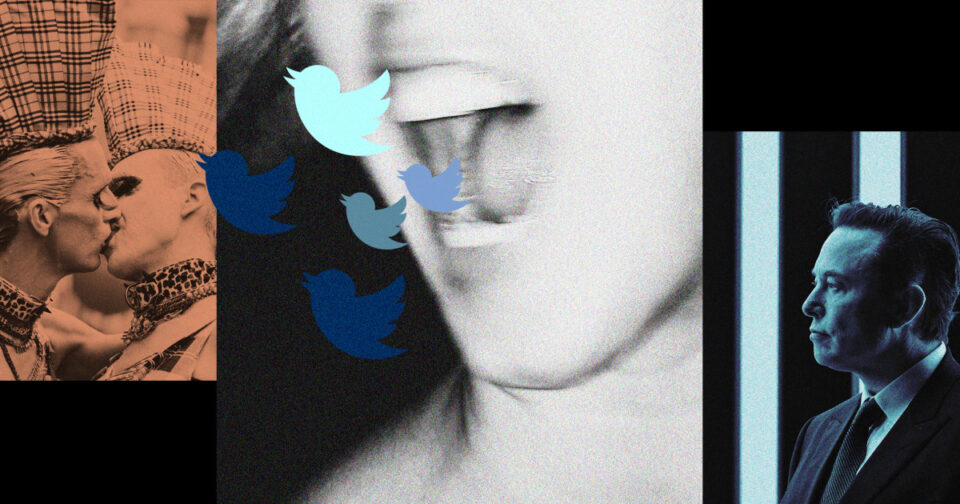 Some LGBTQ people fear that the harassment they face on Twitter could get worse should Elon Musk successfully purchase the company and take it private.

Twitter’s board of directors unanimously agreed to sell the platform to Musk for $44 billion on Monday, but the deal requires shareholder and regulatory approval before it’s final.

Some transgender people say Twitter has helped them connect with other LGBTQ people and build community, but they are afraid of what could happen should Musk — a self-described “free speech absolutist” — take the company private, especially at a time when LGBTQ people and other marginalized groups have faced rampant online harassment.

Earlier this month, Musk spoke more about potential changes he would make to Twitter should his bid go through. He said he would allow more content to go unmoderated in favor of free speech.

He’s also made comments specific to transgender people that — in combination with his views on less content moderation — lead some trans users to believe hate and harassment on the platform would increase. In a 2020 tweet, he mocked people who display their pronouns in their Twitter bio. After facing criticism, he later tweeted, “I absolutely support trans, but all these pronouns are an esthetic nightmare.”

Alejandra Caraballo, a clinical instructor at Harvard Law School’s Cyberlaw Clinic and a transgender rights advocate, said she is afraid that Musk might remove Twitter’s content moderation policy that prohibits misgendering or boost accounts like Libs of TikTok, which has shared videos of LGBTQ teachers that reportedly led to some of them being reprimanded or losing their job.

“There’s a plethora of ways that he can just make life hell for trans people on sites like this,” she said. “And there will be no way to really moderate or keep it in check.”

Caraballo said if Musk takes the company private, he won’t have to answer to anyone but himself.

“I don’t know if I want to sound too apocalyptic or hyperbolic, but I really think this is a danger to democracy,” she said, noting that Twitter is one of the most influential social media platforms in the world.

She added that to have someone “as thin-skinned” and “irrational” as Musk “controlling this platform with no accountability is frankly terrifying,” citing how Musk canceled a blogger’s Tesla order after he said the blogger was “super rude” and called a cave diver who helped rescue 12 boys and their soccer coach from a cave in Thailand a “pedo guy” on Twitter. He later apologized to the cave diver.

Musk did not immediately return a request for comment.

LGBTQ people, and trans people in particular, already face a disproportionate amount of harassment online. A 2019 report from anti-bullying organization Ditch the Label and its analytics partner, Brandwatch, found that 1.5 million, or 15 percent, of 10 million online posts on social media platforms between 2016 and 2019 were transphobic.

A 2021 report from the Anti-Defamation League found that 64 percent of LGBTQ respondents reported experiencing online hate and harassment, compared to 46 percent of Muslims, 36 percent of Jews and about a third of Black, Latino and Asian American respondents.

If Musk were to take the company private and remove most of its content moderation policies, Brynn Tannehill — a trans woman and military veteran — said she thinks it would “suffer the same fate” as social platforms like Gab and Parler, which are popular among conservatives.

“You’ll see an increasing amount of over-the-top hostility towards minority members who are disfavored — a lot more ‘groomer,’ a lot more ‘pedophile,’ a lot more harassment,” she said, referring to words that have recently seen an uptick in use among conservatives against LGBTQ people. She added that she thinks there would also be an increase in doxxing, which means posting someone’s address and other personal information online without their permission.

“You will see no consequences for those sorts of things, and thus invite more of it,” Tannehill said. “You’ll see massive increases in disinformation, which is readily believed by people who have extreme, right-wing confirmation bias.”

Aliyah Ali, a Muslim trans woman and advocate, has found community on Twitter, but she said she is afraid that it could become the next 4chan, a forum website with little moderation. Ali went viral in 2020 for posting a video of herself getting her first estrogen injection, and she said Twitter quickly removes accounts that she reports for sending her death threats. If Musk changes content moderation policies, it’s unclear how that would affect that policy on death threats or the site’s policy against doxxing.

“If Twitter becomes a complete free speech platform, that could put a lot of people in jeopardy,” she said.

Though removing Twitter’s protections from harassment and threats of violence could negatively impact LGBTQ people, changing some of the other policies could be beneficial, according to Jillian York, director for international freedom of expression at the Electronic Frontier Foundation.

She noted that during an interview earlier this month, Musk said Twitter should open-source its algorithm that determines which tweets to promote or hide from users’ feeds. Open-sourcing the algorithm would allow people to see the code and suggest improvements to it.

Giving people more control over their experience on the platform “would make it a much more positive experience for people regardless of any changes to speech policies,” she said.

On the other hand, she added, Musk said his definition of free speech means “that which matches the law,” which could be a problem for some LGBTQ users who live in more authoritarian countries, where certain speech is criminalized, or there are few publicly accessible forums for free expression.

“Essentially, they’re making homosexuality illegal, and so if he’s saying that Twitter should be responsive to laws like that, I think that’s actually a pretty strong departure from Twitter’s historical position on this, which is to generally not respond to absolutely egregious human rights violating laws like that,” she said.

Some LGBTQ people, including Caraballo, have said they will likely leave Twitter if Musk successfully takes the company private.

Caraballo, who has nearly 17,000 Twitter followers, made her account private Monday, saying she had “never received so many hateful DMs and troll posts directed at me just because I criticized Elon Musk.”

“I don’t want to contribute to this at all,” she said of Musk potentially changing Twitter’s policies.

Tannehill, who has nearly 37,000 followers, said the platform is important to her as an author but that she could also be driven off of it if Musk were to change the content moderation policies and harassment worsens.

“There’s only so much abuse you can take,” she said.

Ali said she plans to stay on the platform as a “strong believer in resistance.”