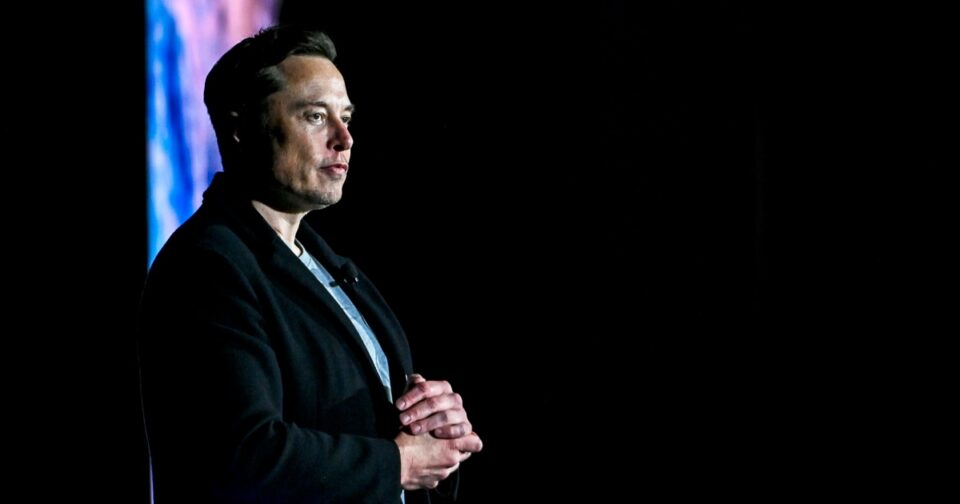 Brianna Wu knows firsthand how bad the harassment on Twitter can get. A software engineer and game developer, Wu was targeted with death and rape threats during GamerGate, an online harassment campaign against women in the gaming industry that started in 2014.

Wu, who has more than 100,000 Twitter followers and has used the platform throughout her career, said she consulted with the company’s trust and safety team in an unofficial, unpaid capacity from 2014 to late 2021.

Now, after years of working with the company on reducing hate speech and harassment, she said tech titan Elon Musk could undo the platform’s progress.

“I want Twitter to do well. I just have no faith that under Elon Musk that Twitter would continue to be a place where women, people of color or LGBT people could use it at all,” she said.

On Monday, Twitter announced that Musk would acquire the company for $44 billion and take it private.

Musk has declared himself a “free-speech absolutist” and has stated that he opposes most efforts to ban or moderate content on Twitter that go beyond what the law does to regulate speech, even though Twitter has devoted attention to curbing hate speech, harassment and misinformation on the platform.

Given Musk’s stance on the issue, Wu isn’t alone in her concerns.

Numerous experts, politicians and advocates, from Sen. Elizabeth Warren, D-Mass., to Adam Conner, vice president for technology policy at the Center for American Progress, are already starting conversations about how platform moderation could change with Musk at the helm, and what it could mean for society.

“Musk purchasing Twitter is dangerous for our democracy,” Warren said. “It means one billionaire decides how millions of people will have an opportunity to communicate with each other.”

What could be undone

Musk’s anti-censorship ideals could reverse years of policy progress at Twitter and allow harassment to flourish, according to Wu and other experts.

“Around 2014, it was really obvious that the way we were handling harassment and moderation policies wasn’t working across the tech industry,” Wu said. “The sense that I had at Twitter was that the trust and safety team was constantly running up against the business interests at Twitter.”

According to Wu, who is currently executive director of the progressive political fund Rebellion PAC, Twitter’s trust and safety team was more successful under founder Jack Dorsey’s leadership as CEO. Dorsey stepped down in November 2021. Del Harvey, who was Twitter’s vice president of trust and safety for 13 years, left her position a month earlier. Since they left, Wu said the company stopped reaching out to her.

“It became harder and harder for the trust and safety team to do their jobs and keep updating these policies through the Trump era,” Wu said. “We’ve seen a lot of progress made from about 2014 to 2018, and then it really dropped very precipitously to where these policies are hanging on by a thread today.”

“If this causes an exodus, that will be a real shame,” said Conner, who was Facebook’s first employee in Washington, D.C. “That will take years to rebuild, if it’s even possible.”

Experts warn that a move away from moderation could make Twitter a more inhospitable place.

“I would posit to you that rape threats, death threats, doxxing — this is just not part of a healthy American conversation about where we need to go,” Wu said. “So I really worry that rather than heal these vast rifts in the American discourse, I think it’s going to make them even worse.”

Conner said that less moderation on the platform and more harassment and hate speech could have a chilling effect on people using Twitter, ultimately hurting free expression. “The rules are not just things to suppress speech but to allow speech from as many users as possible,” he said.

“Elon Musk will have to learn the hard way what everyone who has run Twitter has learned,” Conner said. “An unmoderated space is not one that functions for long.”

Kate Klonick, an assistant professor of law at St. John’s University and an expert on how social media platforms are governed, said it’s not clear to her how Musk will change the platform, despite his statements so far.

“If enough people there understand that having good online governance makes money for the site, that might sway him,” she said.

If Twitter does change, though, allowing more harassment and hate speech, it would be like a burger restaurant suddenly becoming vegetarian, she said.

“You have built a certain kind of customer base that expects a certain type of environment,” she said.

She said one possibility is that Twitter develops a “friends of Elon” culture that’s defined by Musk’s personal relationships and whims.

“We can expect more of that if you have all of the power housed with one person,” Klonick said.

Matt Perault, a professor and expert in tech policy at the University of North Carolina at Chapel Hill and a former Facebook employee, offered a more optimistic view on change at Twitter, saying that moving away from intense moderation would make Twitter stand out from the Big Tech crowd.

At least 75 percent of kids and teens had Covid by February, CDC finds

In Chile’s capital city, drought is making grass ‘unacceptable’ for many